The Diplo-led American trio has broken sound barriers and world records. With the group’s final album on the horizon, DJ Mag chronicles a decade of the genre-bending crew...

A consummate crate digger and sonic explorer, American DJ and super producer Wesley Pentz, aka Diplo, has been on a lifelong hunt for the ultimate global sound. Since his early days as a budding DJ with thirsty ears, spinning weird mash-ups and creating experimental remixes, Diplo has fostered an appreciation for the sounds of the world. His culturally curious approach to music has seen him dabbling in genres and subcultures far and wide, from Miami bass to the frenetic baile funk of Brazil’s favelas, since the early 2000s.

In 2008, Diplo introduced his most popular project, Major Lazer, which kicked off the next chapter in his quest for international beats and world domination. Originally a duo with UK producer Switch, Major Lazer launched as a conceptual endeavor that bridged their backgrounds in electronic music with the Caribbean sounds of reggae, dancehall, reggaeton, soca and beyond.

Now a trio, rounded out by producers and DJs Jillionaire and Walshy Fire, Major Lazer today is a festival-headlining act and worldwide pop phenom. As one of the biggest exports to ever come out of the American dance music scene, Major Lazer has topped the charts, shattered sonic boundaries and broken records, all while remaining stewards of the global dancefloor.

This year, Diplo and co. celebrate 10 years of Major Lazer. Despite a flurry of fresh tunes and projects from the trio, including an ‘Afrobeats DJ Mix’ mixtape, a music video for ‘Tied Up’, the new track ‘Loyal’, and the ‘Major Lazer Essentials’ retrospective compilation, Diplo last month confirmed that the forthcoming Major Lazer album will be the group’s last. While the future of Major Lazer is yet to be known, the group’s massive impact and long-lasting legacy is already cemented. Read on for its 10 defining moments… 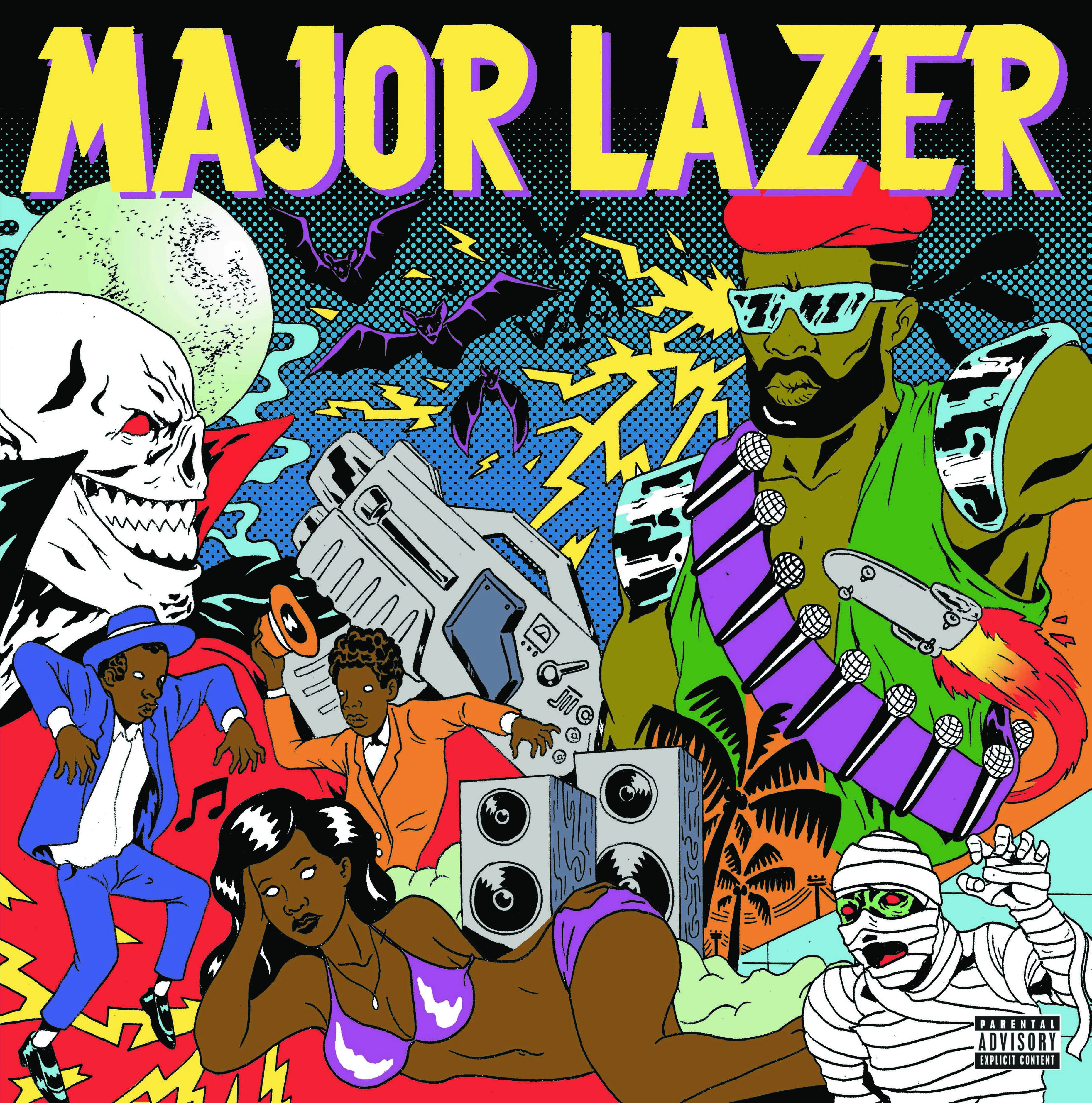 Major Lazer first came crashing into the scene in 2009 with its debut album, ‘Guns Don’t Kill People... Lazers Do’. The album featured heavy influences and sonic cues from Jamaican music and culture, in particular dancehall reggae, a scene that fascinated Diplo during his formative years. To capture the album’s authentic feel, Diplo and Switch recorded ‘Guns Don’t Kill People…’ at the legendary Tuff Gong Studios, the recording facility owned by the family and estate of reggae icon Bob Marley, in Kingston, Jamaica. The duo also enlisted a cast of Jamaican vocalists, including notable acts such as Vybz Kartel, Ward 21 and Busy Signal, to guest on every album track. “For us to have a spark starting here for all our new music in our new project is the most important,” Diplo said about the influence of Jamaica on Major Lazer in the 2015 Rolling Stone documentary, Major Lazer Take Kingston. “Then we can go out to the rest of the world, as long as we prove ourselves here.” ‘Guns Don’t Kill People…’ became a critical hit and commercial success, reaching the Top 10 on Billboard’s Top Electronic Albums and Top Heatseekers charts in the US. Today, the album is largely credited with igniting a new wave of interest in dancehall and other global bass sounds across the US and worldwide, in addition to launching Major Lazer into the electronic stratosphere.

Tucked away toward the end of Major Lazer’s debut album, ‘Guns Don’t Kill People... Lazers Do’, breakout track ‘Pon De Floor’ was the song that came to define the group’s early sound. While it was released as the album’s third single, the track is remembered by most fans as the first true Major Lazer song. Featuring co-production from Afrojack, during his early Dutch house days, ‘Pon De Floor’ was a sonic pile driver. Mixing dancehall with baile funk and an incessant marching band-like snare drum, and piercing synth riffs, this outlandish cut was an instant fire starter that still ignites dancefloors worldwide. Its equally bizarre music video — a tripped-out, polychromatic sex hallucination — introduced the rest of the world to daggering, the hyper-sexualized Jamaican dance craze. Lauded by critics and fans alike around the world, ‘Pon De Floor’ charted in the UK Singles Chart and was a featured track on the DJ Hero 2 video game. In 2011, Beyoncé heavily sampled the original on her international hit ‘Run The World (Girls)’, essentially solidifying ‘Pon De Floor’ as part of the global pop canon. 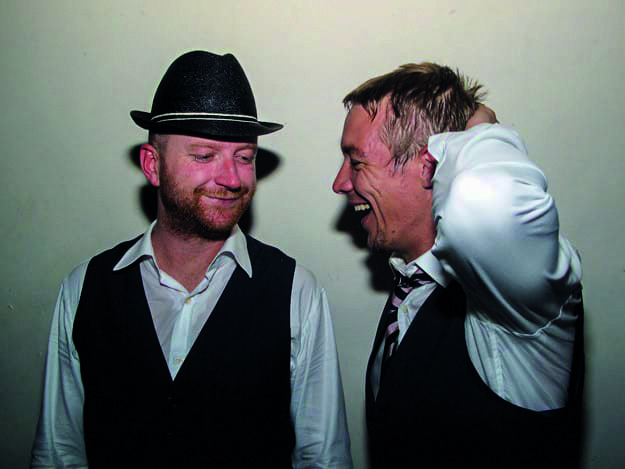 On their Essential Mix debut, Major Lazer founders Diplo and Switch went back-to-back for a raucous two-hour set, with each DJ manning one hour each. Much like their discography, their Essential Mix traversed all sorts of cultures and genres. For his part, Diplo shouted out the Jamaican greats and contemporaries who influenced the Major Lazer sound, including Barrington Levy, Alton Ellis, Burning Spear, Ken Boothe and others. That’s before he fired up the burners and went into overdrive via a manic, sample-heavy mix of global bass, dancehall, baile funk, electro and basically anything else you can imagine. While Switch’s set focused less on reggae and dancehall, it was heavier on fidget house and electro, with more experimental samples and mash-ups. When combined, Major Lazer’s Essential Mix remains one of the best of the 2000s, and stands as a replay-worthy entry in the group’s discography. 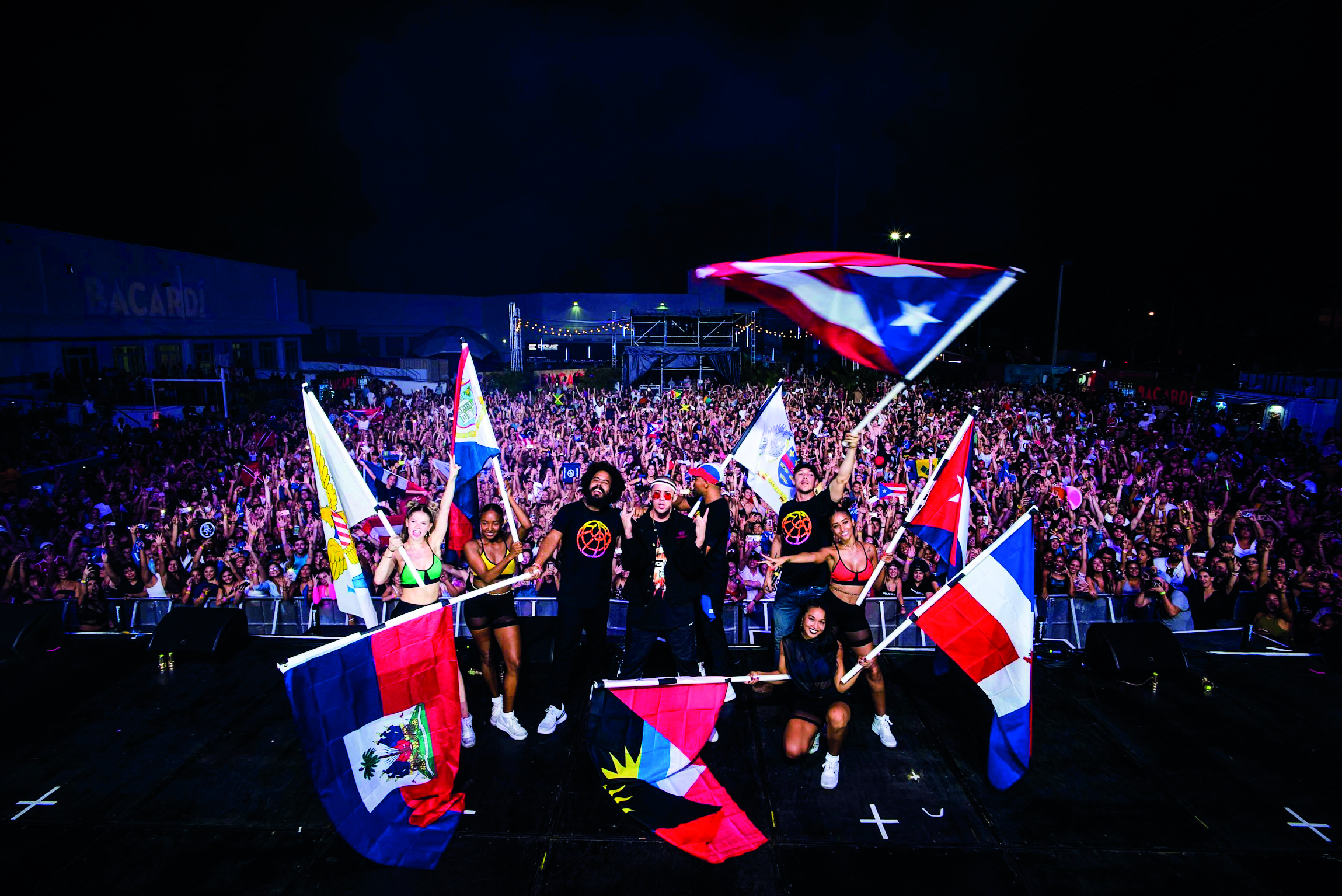 At the height of Major Lazer mania, co-founder Switch departed the group in late 2011. Diplo initially cited creative differences as the reasoning behind the split, but he later clarified it was due to Switch’s lack of commitment to the group. One year later in 2012, former hype man Skerrit Bwoy, the dancer with the blonde Mohawk in the ‘Pon De Floor’ music video, left the group to pursue religion. That same year, Trinidadian DJ/producer Jillionaire and Jamaican-American MC Walshy Fire officially joined the band. The reformed configuration ultimately opened up the next phase in the Major Lazer live show, which evolved from a simpler two-man DJ set to a full-on spectacle comprising of live twerking dancers, flag bearers, a human-sized hamster ball (with Diplo crowd-surfing from within) and tons of air horn blares.

This one-off single, packaged as a full EP with three additional remixes, laid the foundation for the trap EDM takeover that would sweep America at the beginning of this decade. Released in 2011, ‘Original Don’ mixed elements of American trap with jumpstyle, an offshoot of hardstyle and gabber. Its peculiar music video, which was a spoof of the widely circulated Jian Sword Dancing clip, went viral online. Once Chicago duo Flosstradamus released their iconic remix of the track at the top of 2012, they initiated the full trap avalanche that would change American EDM forever.

The lead single off Major Lazer’s third studio album, ‘Peace Is The Mission’, ‘Lean On’ was the breakthrough track that elevated Major Lazer from EDM legends to certified pop superstars. A collaboration with French producer DJ Snake and Danish singer MØ, ‘Lean On’ was a simple, pop-leaning house ballad turned bona fide earworm. Since its release in March 2015, ‘Lean On’ has become a critical and commercial behemoth. It peaked at Number 4 on the Billboard Hot 100 chart in the US, and at Number 2 on the UK Singles Chart, in addition to topping the charts in multiple countries around the world. At a certain point, ‘Lean On’ was the most streamed song of all time on Spotify, before Drake usurped the title. The official music video for ‘Lean On’, however, continues its reign: After reaching two billion YouTube views last May, the clip remains the most-watched dance music video of all time on the video-sharing platform. 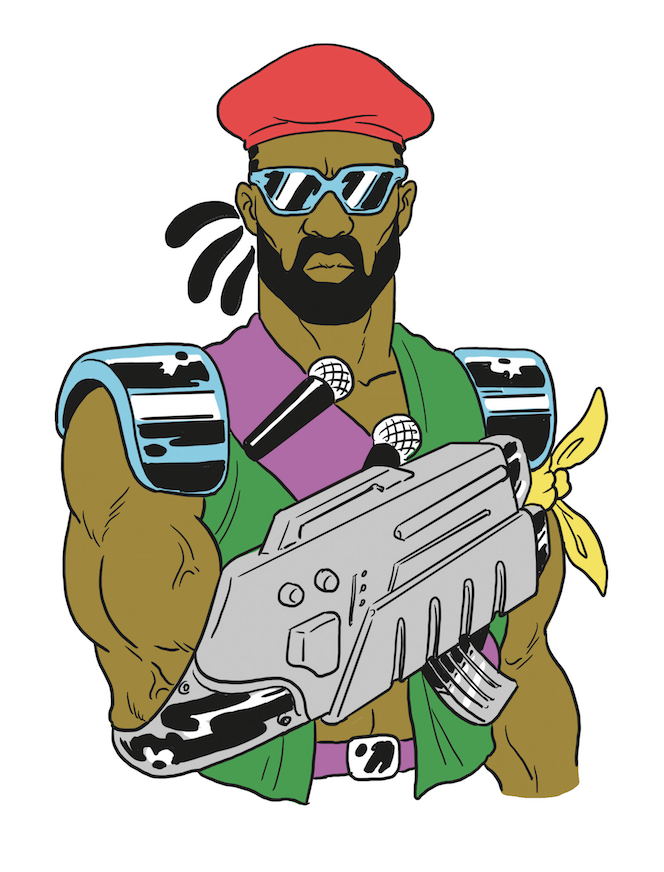 Since its debut album, which featured vivid cover artwork of trippy characters, Major Lazer has cultivated a bright and colorful world that lends itself perfectly to a cartoon adaptation. In fact, the band’s moniker is based on a fictional character, who appears on every single Major Lazer album sleeve — he’s the Jamaican soldier with a laser gun for an arm. In 2015, the group officially crossed into the cartoon world with the launch of an eponymous adult animated TV series in the US. Co-created and executive produced by Diplo, Major Lazer followed the titular superhero in a futuristic world, as he battled the evil forces of Jamaica’s leader President Whitewall and his servant General Rubbish. While the show only ran for one season, it featured an impressive cast of actors and guest voice performers, including Aziz Ansari, Andy Samberg, Charli XCX and Star Wars star John Boyega, and introduced the group to nerds the world over.

‘Peace Is The Mission’

Chronologically, Major Lazer’s albums have shifted from weird and eclectic styles toward a refined pop sound. Its 2009 debut album, ‘Guns Don’t Kill People... Lazers Do’, was wild and frenetic, while its 2013 follow-up, ‘Free The Universe’, fell in between radio pop and dancefloor experimentalism. Released in 2015, ‘Peace Is The Mission’ was the group’s most ambitious and most polished project to date. Anchored by the international hit ‘Lean On’, the album featured full-on pop ballads and mega collaborations with mainstream artists Ellie Goulding and Ariana Grande, as well as hip-hop stars Travis Scott, 2 Chainz and Pusha T. ‘Peace Is The Mission’ — which ultimately topped the Billboard Top Dance/Electronic Albums chart in the US and peaked at Number 3 on the UK Independent Albums chart — perfected Major Lazer’s balance of mass pop appeal and dancefloor authenticity. Expect to hear a similar approach on the group’s forthcoming ‘Music Is The Weapon’, the fourth and final Major Lazer album.

Released in 2016, ‘Cold Water’ reunited Diplo with MØ and Canadian pop singer Justin Bieber, with whom he created the 2015 international hit ‘Where Are Ü Now’, alongside Skrillex as Jack Ü. ‘Cold Water’ was a super collaboration that featured some of the biggest and brightest songwriters and producers, including Ed Sheeran, Jamie Scott, Benny Blanco, King Henry and regular Major Lazer collaborator Philip “Jr. Blender” Meckseper. The slow-burning, dancehall-tinged pop ballad marked Major Lazer’s biggest pop crossover success — as the group’s highest-charting single of all time, ‘Cold Water’ debuted at Number 2 on the Billboard Hot 100 in the US and topped the UK Singles, UK Dance and UK Indie charts. ‘Cold Water’ is the lead single from Major Lazer’s forthcoming record, which will also feature ‘Believer’, with Showtek, ‘My Number’, with Bad Royale, ‘Run Up’, featuring PARTYNEXTDOOR and Nicki Minaj, and ‘Know No Better’, featuring Travis Scott, Camila Cabello and Quavo.

In 2015, the US restored diplomatic relations with Cuba following a 54-year-old trade sanction that began during the Cold War — an international event that lifted US travel restrictions. One year after the monumental occurrence, in March 2016, Major Lazer played a free concert in the Cuban capital of Havana in front of an estimated crowd of 400,000 people, becoming one of the first major American acts to perform in the island nation. The group captured the historic concert in their 2017 documentary Give Me Future, which offered a behind-the-scenes look into the making of the event through the perspective of Major Lazer and its team, as well as local fans and Cuban artists. More than a concert film, however, Give Me Future took a deep dive into the youth movement and DIY information culture that’s fueling Cuba’s cultural revolution. The documentary also explored the globalization of music, and the internet’s impact on entertainment distribution and consumption within a culturally isolated country.

Want more? Listen to a 10-year anniversary mix put together by Major Lazer.

John Ochoa is a Los Angeles-born, Brooklyn-based editor and writer. You can find him living his best life on Twitter.