Björk started her European tour on the final night of the inaugural All Points East festival in Victoria Park, London...

Björk’s headline set at the inaugural All Points East festival in Victoria Park, London, marks the beginning of a European tour that takes stops Spain, France and Italy, before returning to the Eden Project in Cornwall next month (July).

The show starts with text rolling on the stage’s screens describing a world where the environment and technology interact, closing with “the past is on loop, let’s hit stop”, before the stage set turns to reveal an ethereal garden.

The Icelandic icon, dressed like a giant tulip leaf and flanked by an ensemble of flautists, begins with ‘Arisen My Senses’ from last year’s album, ‘Utopia’, before the chorus of ‘The Gate’ provides the first emotively charged moment of her set with the repetitive chorus, “If you’ll care for me, I’ll care for you.”

The performance pulls mainly from ‘Utopia’, but highlights also come in the shape of 2004’s ‘Medúlla’ track ‘Pleasure Is All Mine’ and the first performance of debut album cut, ‘Human Behaviour’, in 11 years.

As she plays, an electrical storm breaks out to the left of the stage, perfectly fitting to the theatrics on it – if anyone can order forked lightning as the backdrop to a headline set, it’s Björk.

Her haunting vocal delivery transfixes the majority of the crowd throughout, and marks how she remains one of the most powerful voices in contemporary music.

Check out 11 insanely amazing photos of Björk’s headline set at the inaugural All Points East below. 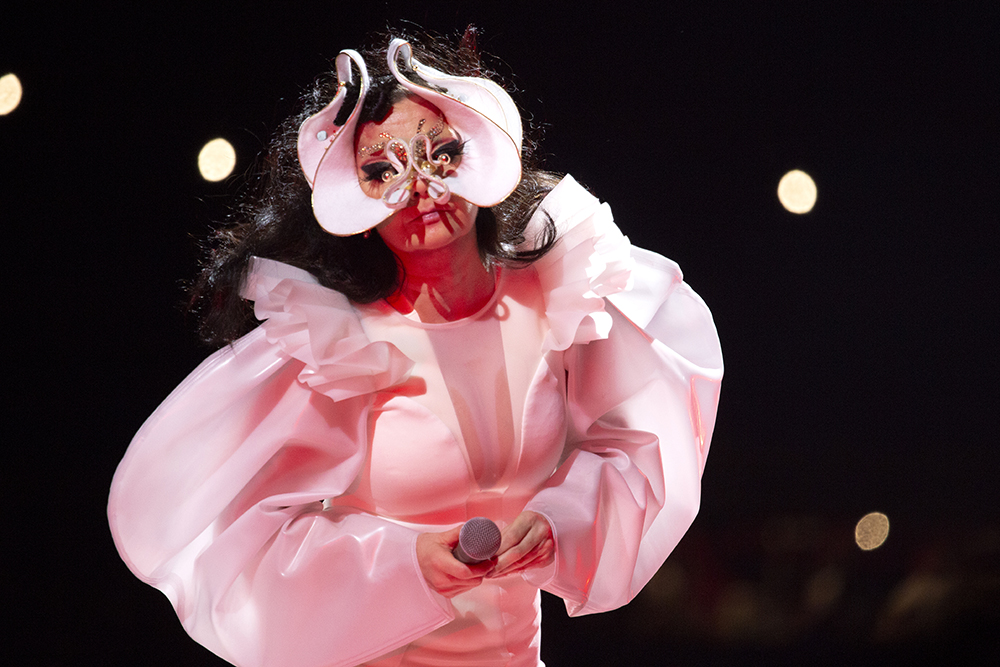 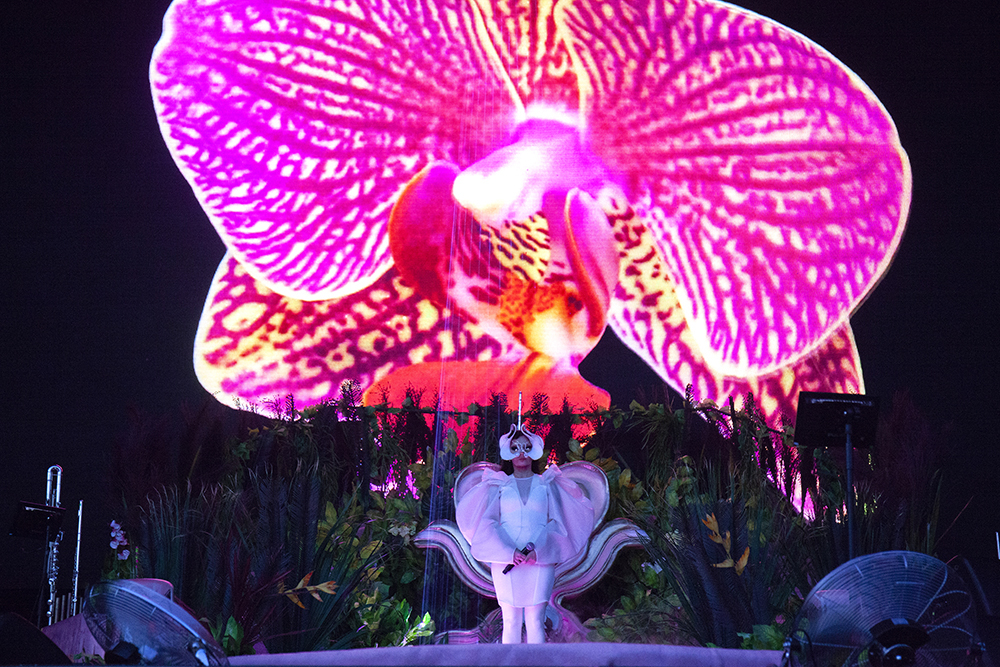 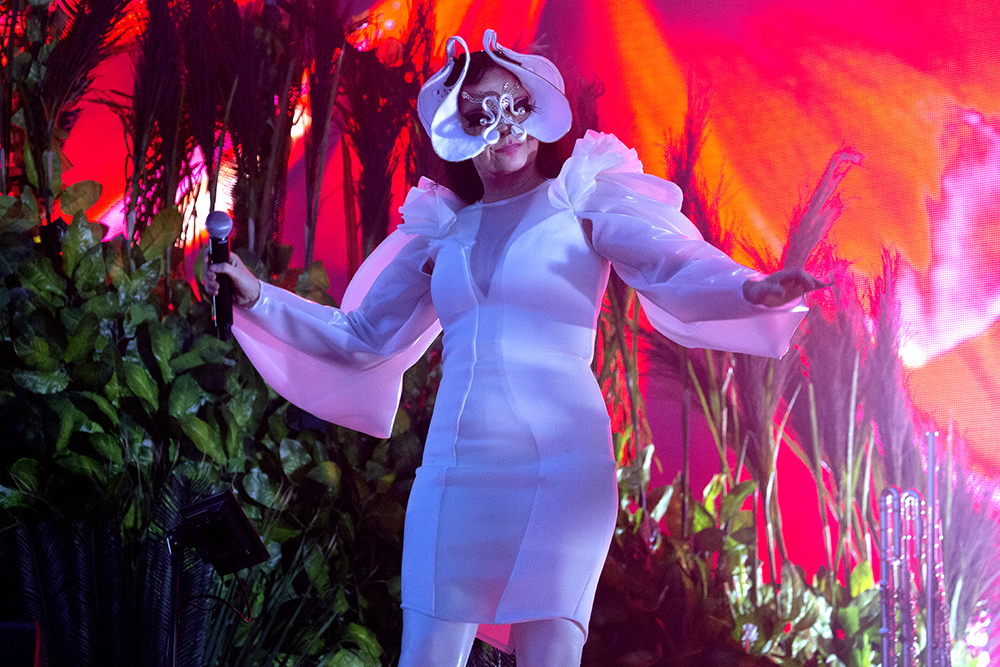 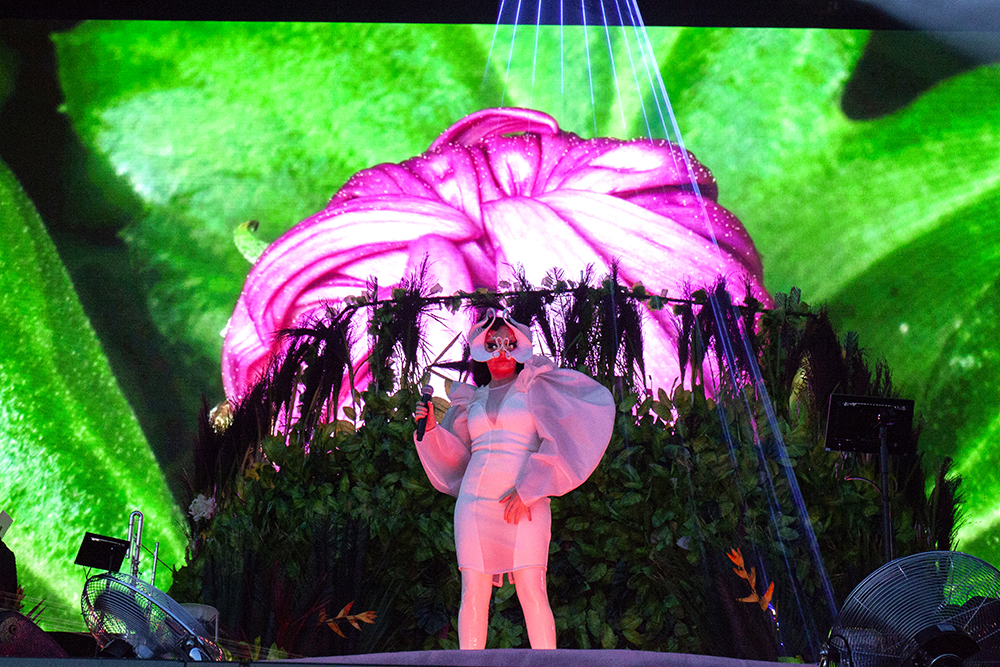 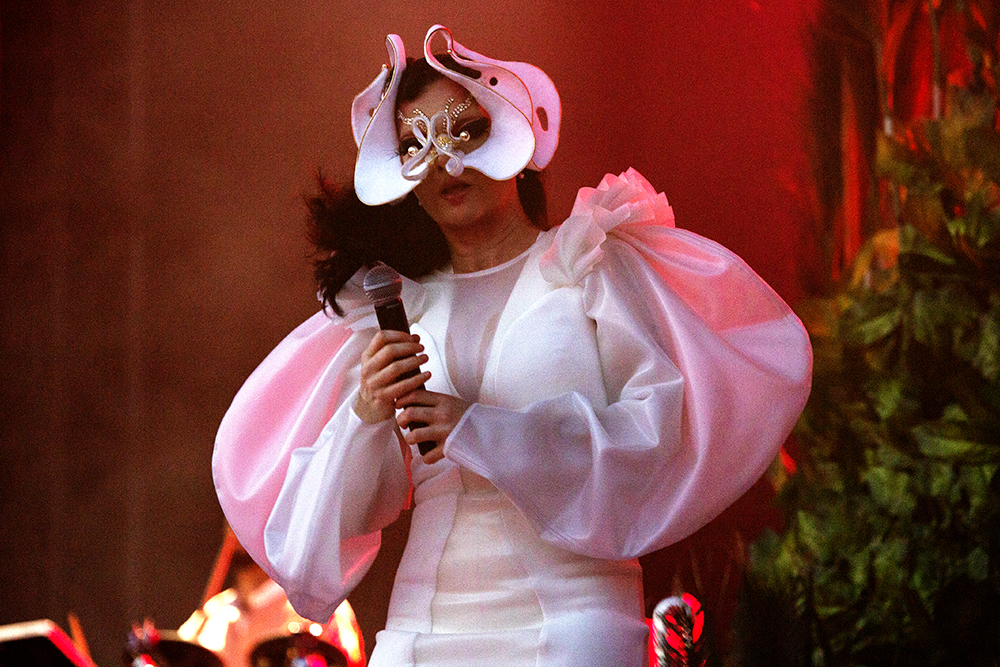 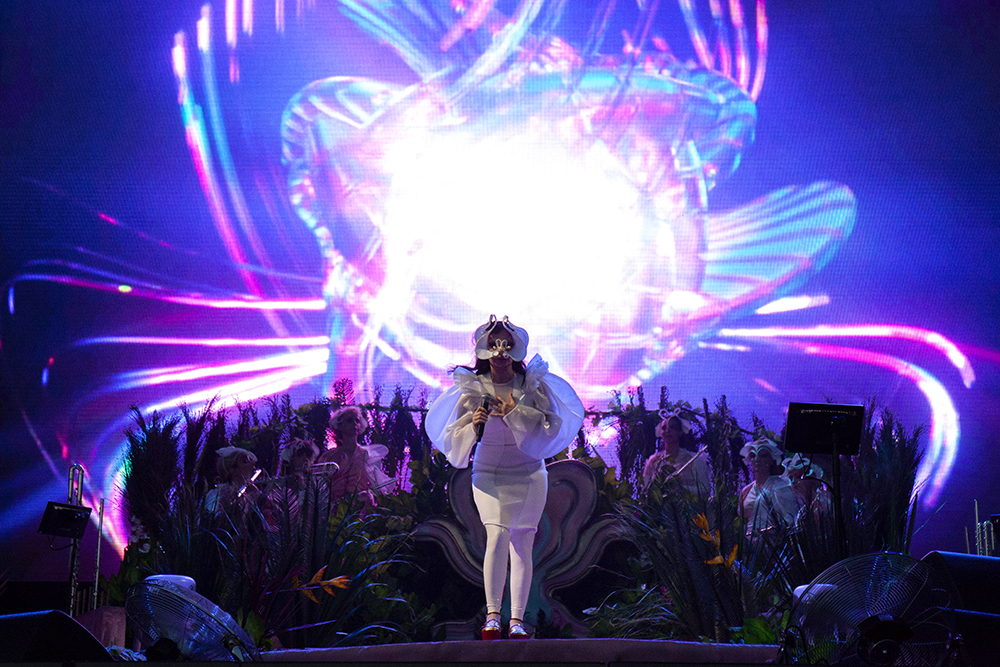 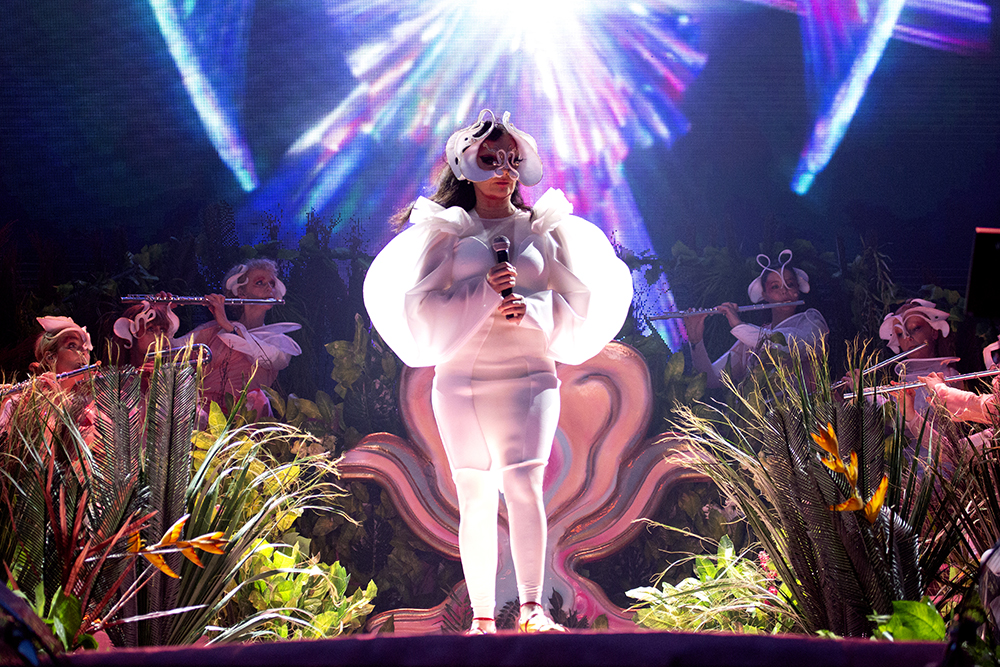 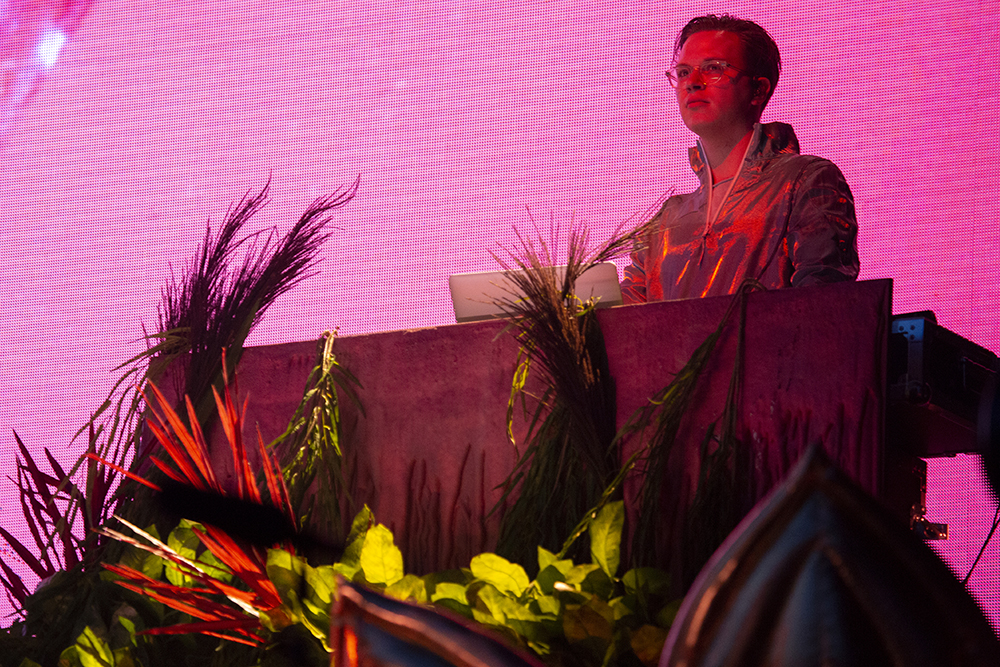 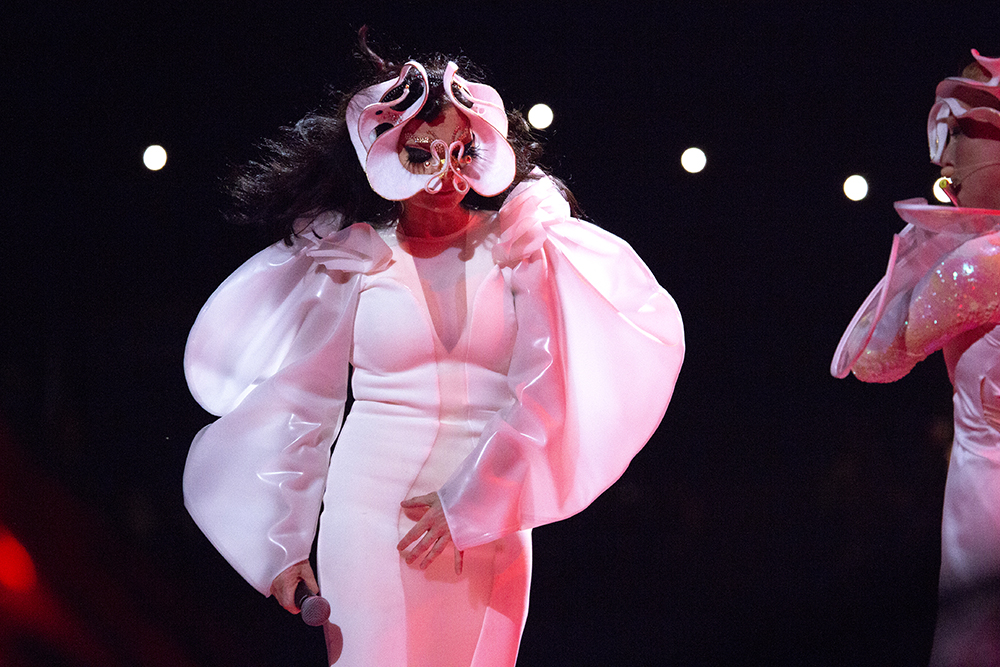 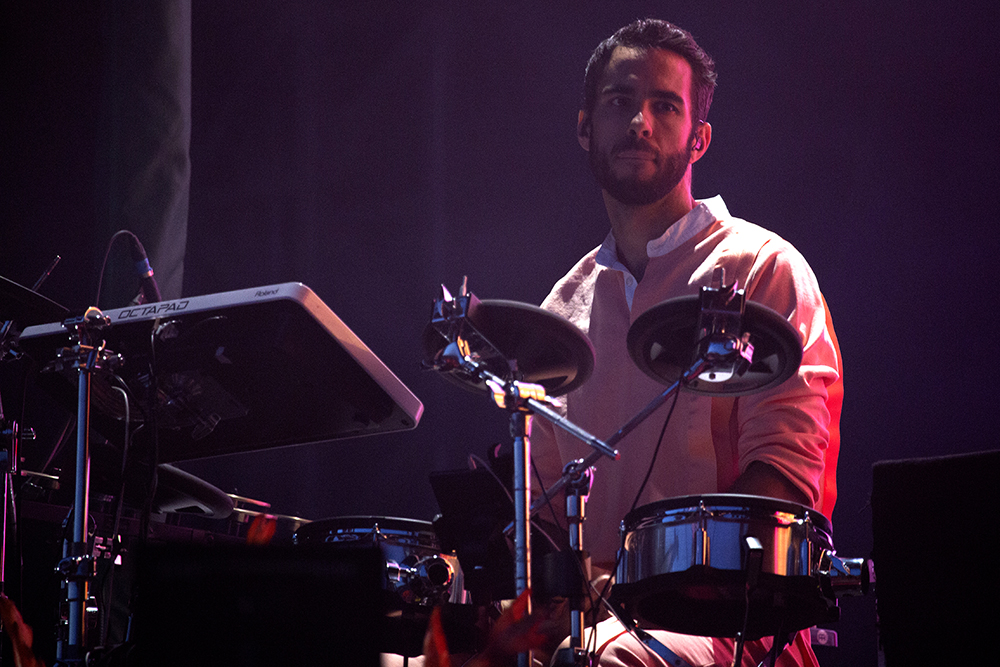 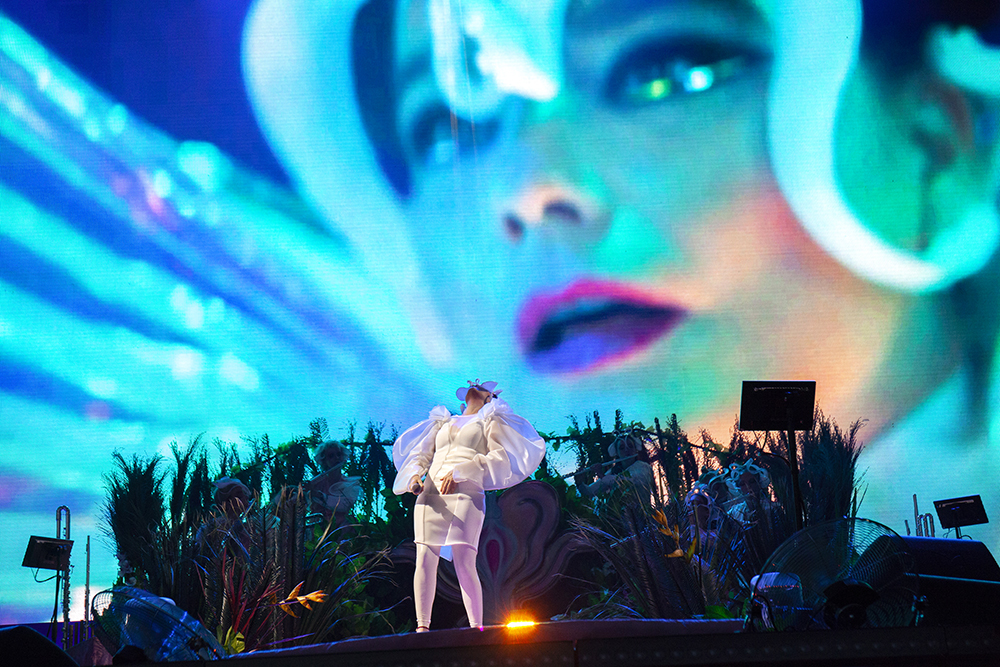 Want more? Check out 10 massive tracks from one of the world’s greatest clubbing experiences, Despacio, at All Points East.