Croatia’s incredible Dimensions festival has added yet another showstopping list of names to it 2018 line-up, with newly announced acts including the mighty Avalon Emerson, John Talabot, rRoxymore, Maurice Fulton and more.

These acts, among the other newly added names which you can see on the poster below, join an already humongous bill for the festival which will run from 29th August-2nd September at Fort Punta Christo, Croatia.

Check the full list of added names along with the entire line-up for the festival below. 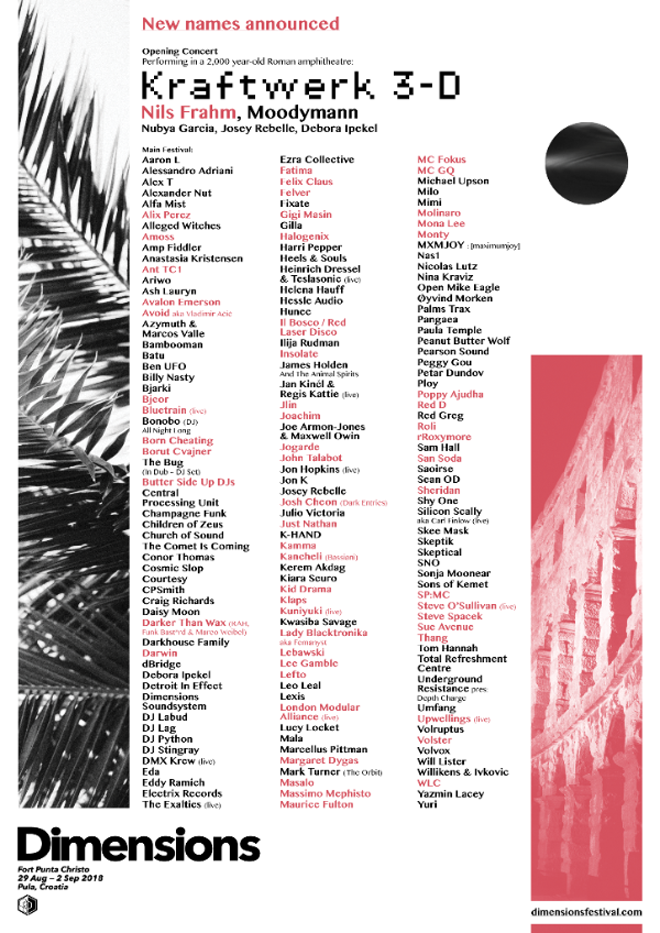