Carl Cox: "Everyone wants to become a DJ these days" | DJMagAdmin.com Skip to main content

Carl Cox: "Everyone wants to become a DJ these days"

Carl Cox: "Everyone wants to become a DJ these days"

What is there to say about Carl Cox? The man who came to define the sound of Ibiza, effortlessly appealing to dance music fans across genres, styles and borders. His Space residency and ultimate closing party gave hundreds of thousands of clubbers some of the best nights (and days) of their lives, and now he’s back on the island for six hand- picked dates across the season. We spoke to him about Ibiza’s role in dance music, the importance of new talent and his plans for the rest of 2018...

“The summer for me has changed a lot since Space closed, so this time around I decided I wanted to share the love with what I do on the island across a few clubs. I used to do that many years ago before I took on the Space residency in 2001, so I’ve kind of gone back to what I used to do. The idea of playing Privilege was always a challenge for me as it’s one of the biggest clubs in the world, so our idea last year was to resurrect that club to its former glory. For me it was always the club on the island in terms of what it stood for, it’s an amazing site.
“My idea was to get back to doing something special on the island, and we had a really good time while doing it. One week we did the opening party and the next week did the closing party! Sold out both nights, people had a really great time and I loved it.

“At the same time the Ultra organisers had created their own event called Resistance and I’m a Resistance ambassador for them worldwide, so we’re going back in this year and I’m doing three dates for them back in Privilege. Then with Game Over we’ve managed to work it out so I can get back to the spirit of the island with Amnesia, Pacha and DC-10. That’s six dates in all over the summer.” 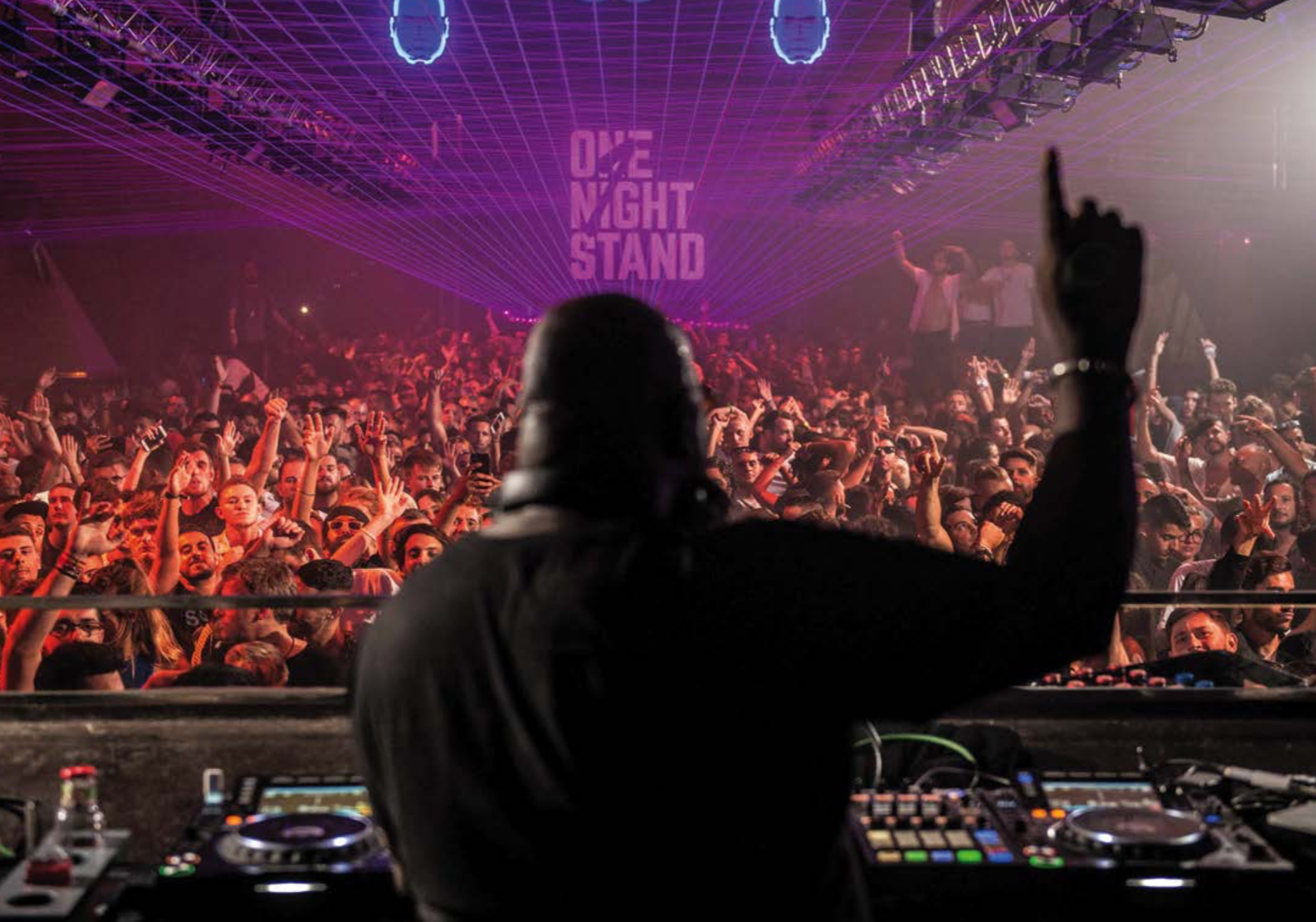 Is the ‘less is more’ attitude better for you, rather than a weekly residency?

“I think now’s the time where me just being booked to play is great, it’s easy, but for me to be able to create a concept night, introduce new DJs into the fold, doing a takeover instead of being booked etc — that’s re-introducing what we used to do at Space and bringing back a bit of what’s lacking on the island.”

How important is it for you to continue to push new talent?

“I think it’s really important because one day I’m gonna say, ‘Right, I’m done — who’s next? Who’s going to step up to the plate?’ Everyone wants to become a DJ these days and I’m not sure there’s room for everyone but there is an element of a new wave of DJs with a new sound and new ideals coming through, which is amazing. People like myself and other DJs are leaving a legacy and new DJs can latch onto that and turn it into what they believe to be the music for the future. We have a few new DJs that feel and believe that’s their role now.”

"Everyone wants to become a DJ these days and I’m not sure there’s room for everyone but there is an element of a new wave of DJs with a new sound and new ideals coming through, which is amazing"

How do you keep yourself excited about coming back to Ibiza every summer?
“I love the island. If I wasn’t DJing I’d still come to Ibiza. It’s not just about the clubs, it’s about how it makes you feel — the clubs are just the cherry on the cake if you choose to go into them. I have a lot of friends here from over the years, people who live here and can take you to all these little cosy places. As small as it is, it’s still an island of discovery — I’ve been going every year since 1985 and have never missed a season.

“It’s always gonna change though — years ago in the hippie era no one had a mobile phone and now social media takes charge of everything. If you need to find an after-party or a villa, you get a pin-drop, instead of some cryptic directions. When it comes to the clubs, some people want to spend that VIP money, so why wouldn’t the clubs have a table for them? You and I know most people don’t have 20-grand to spend at a club, so you’re still relying on the punters who have an €80 spend. That’s what it still should be about.” 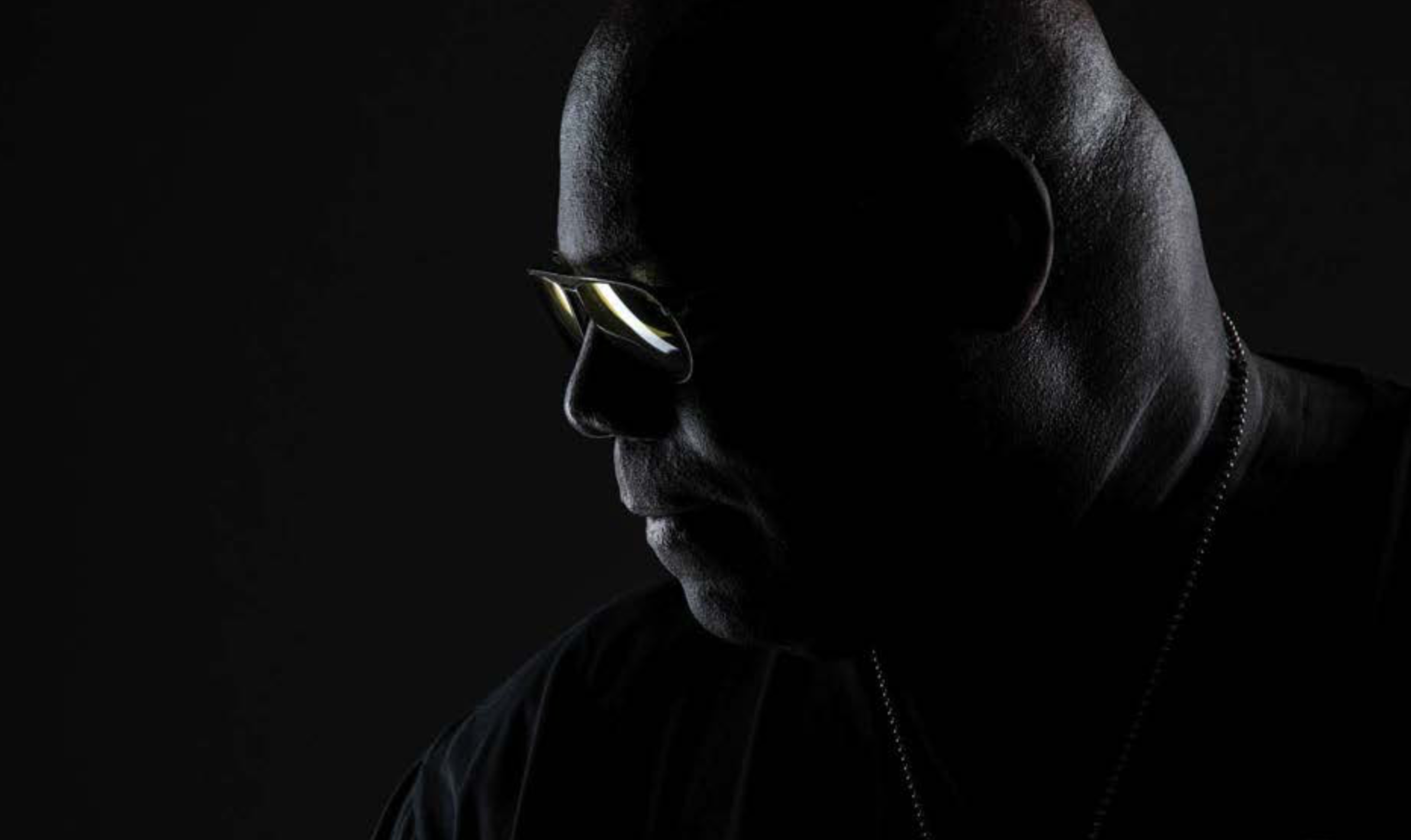 How have you seen dancefloors change from the DJ’s perspective? Are people more or less responsive to more experimental sets?
“I still go and kick ass! If you don’t like it, there’s other clubs you can go to. I don’t go on that island to compromise, never have, never will. I do like a good Ibiza vibe, good house music, piano vibes, bringing the fun back into playing music on the island. I can’t be one of those DJs who just plays for themselves. Every time I go on the island I want to have fun, I don’t want to stand there being a record dork and not dance to certain records ’cause they don’t suit my vibe. I’m happy to hear all types of music. You can go to Berghain if you want that, but Ibiza’s not Berlin. If I hear a Spanish guitar on a record, I’m not gonna think ‘I hate that!’ You’re in Spain! Why wouldn’t you hear a Spanish guitar?

“That for me is what’s missing a little bit, when people get a bit antsy about wanting to go to a certain night because they play a certain type of music. It’s all about the vibe, that’s why I go.”

You’re using Traktor and PLAYdifferently’s MODEL1 mixer now — how did you arrive at that set-up?

“There’s loads of amazing new kit coming out, but do I have the time to learn it? No. I use the [Traktor Kontrol] D2s, Traktor Pro and MODEL1 and that’s it, I don’t need to go anywhere outside of that. It’s not gonna make my music sound any better than it can be because there’s still so much to explore with that set-up. With the MODEL1, the frequencies you can ascertain with that mixer, it’s incredible. This mixer will out-beat any mixer in sound or frequencies.

“There’s always gonna be new people coming out with weird and wonderful gear but I try to simplify things, not do too many FX and delays. Half the time what you’re hearing in the booth isn’t the record, it’s being created right there and then and I do like the idea of that, but at the end of the day a good tune is a good tune.” 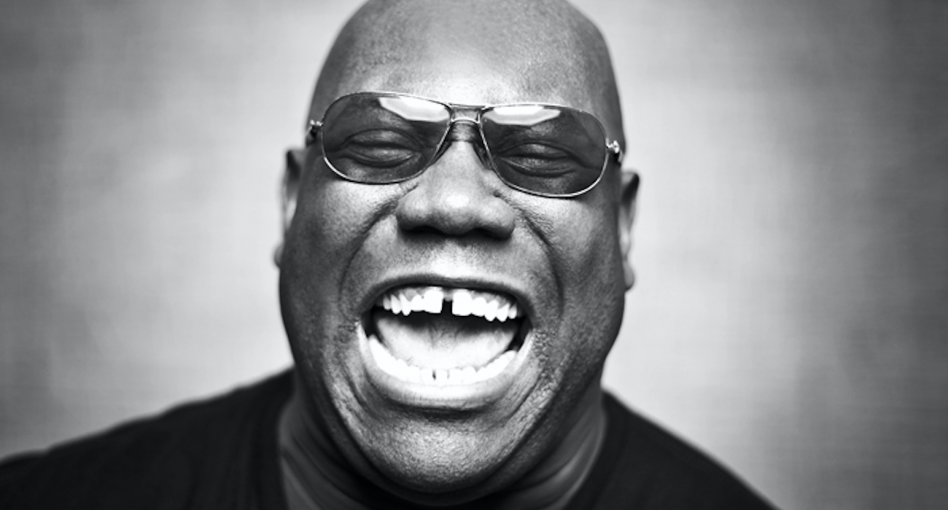 So you don’t explore the four-deck system, lots of looping etc?

“I think you have to support the artist and the tune they’ve made. Yes, you can enhance that tune with whatever your DJ style is. My approach is to create the Carl Cox sound within someone else’s tune, rather than just taking the beat out of it and creating something completely different. You can do that, that’s fine, but then you’re not really a DJ — you become more a studio-style performer. Guti, for instance, he’s not really a DJ, he’s a musician and he’s very much a live performer. What you hear is his music but what he wants to create on top of it in real-time. I can’t replicate that, and don’t want to replicate it, but that’s what he can do. But he’s still seen as a DJ by most people.

“There are a lot of misconceptions based around the technology that allows you to perform in such a way. Years ago when you had two turntables and a mixer and a bunch of records, you DJ’d. You pulled the record out, put the needle on the record and hopefully you were talented enough to mix that record clean. That was it.”

What’s it gonna take for Ibiza to hold its own over the next generation?
“I think IMS is really good for the island. It brings a lot of attention from the industry to come to the island to talk about what we can do to keep the initial vibe alive. Everywhere else is trying to emulate Ibiza, like Croatia and Romania, but it’s all down to who’s creating their own nights, their own beach parties. There’s a massive shake-up on the island right now with Sven and Cocoon moving to Pacha, Afterlife moving to Hï, Maceo Plex no longer doing a weekly party but I think once it settles down I think you’ll find that the island still has its appeal based on the music and the vibe.”

Want more stories from the White Isle? Read our story on the uncertain future of Ibiza's clubbing empires.