On Cue is our flagship mix series, celebrating the pivotal DJs and producers whose influence has shaped the world of electronic music, both in their local scenes and beyond. Next up is Glasgow-based DJ, producer and label boss, Nightwave, who serves an hour of high-octane, kaleidoscopic techno

When we speak with Nightwave, she has just spent the past week on a shamanastic Huni Kuin retreat in a Scottish forest. The Huni Kuin people, as she explains, are the indigenous communities of Brazil and Peru for whom long-standing traditions of shamanism and the healing power of plants and natural medicines are integral to culture.

Far from the decks and dancefloors she spends most of her weekend's in the presence of,  it is these spiritual and personal explorations that have informed much of the  the Slovenian DJ/producer's - real name Maya Medvesek - artistic work over the past number of years. As she explains, these practices and ideas are perfectly embodied, for example, on her latest EP, ‘Rainbow Body’, released earlier this year via Dixon Avenue Basement Jams’ (DABJ) offshoot label, Neutralizer.

“Apart from music I’m also involved in therapy work, learning different spiritual practices and retreats,” she tells DJ Mag. “I feel I’ve finally found a way to incorporate that work into my music and I hope ‘Rainbow Body’ reflects that. I take a lot of inspiration from Tibetan Buddhism and indigenous shamanism, the music itself doesn’t necessarily sound like it, but the intention is there.”

Prior to her move to England in 2002, Medvesek lived in the Slovenian capital of Ljubljana, where she first tried her hand at mixing and production in her early teens. Despite not immediately standing out to rave-lovers as a central location for dance music, she found her feet in the city’s clubs, where her love for an eclectic range of genres developed. “Ljubljana had a fantastic techno scene, as well as jungle and drum & bass, so I learned a lot there. But, London was a different planet for me. There was so much amazing techno.”

Relocating to London gave Medvesek the chance to venture into new and inspiring territories, spending nights (and mornings) in clubs like now-defunct West End institution The End, and Plastic People, the beloved and sorely-missed club that artists including Four Tet and Floating Points consider intrinsic to their careers. “I also went to Fabric religiously - nights like Lost, Split and System,” she says., “I got introduced to garage, dubstep and grime, African and Carribean music... there was so much new sound for me to explore”

“My favourite record shop was Eukatech," she adds, another institution which has since ceased trading, located in Covent Garden, “Everywhere I went in London I felt very welcome, it still feels like home.”

A change in direction came after Medvesek shook off her 8Bitch moniker, under which she released on Seed and Slit Jockey Records in 2010, and cemented herself as Nightwave the following year. It was then, after relocating to Glasgow, a city fast gaining recognition as one of the most forward-thinking and versatile electronic music hubs in Europe, that Medvesek began to forge relationships and establish herself within the bubbling circuit.

“My introduction to Glasgow came via Numbers and LuckyMe,” she remembers. Numbers, founded in 2010, came from the merging of labels Wireblock, Dress 2 Sweat and Richard Chater’s Stuff imprint. Playing an integral part in pushing the city’s scene forwards, despite strict curfews and restrictions, Numbers have gone on to throw parties with countless groundbreaking artists, as well as releasing productions from the likes of Adesse Versions, Rustie, SOPHIE and DJ Deeon. LuckyMe, in the same vein, has helped shape the city’s soundscape, operating as a record label, but also as a visual art studio staffed by former Glasgow School of Art students. 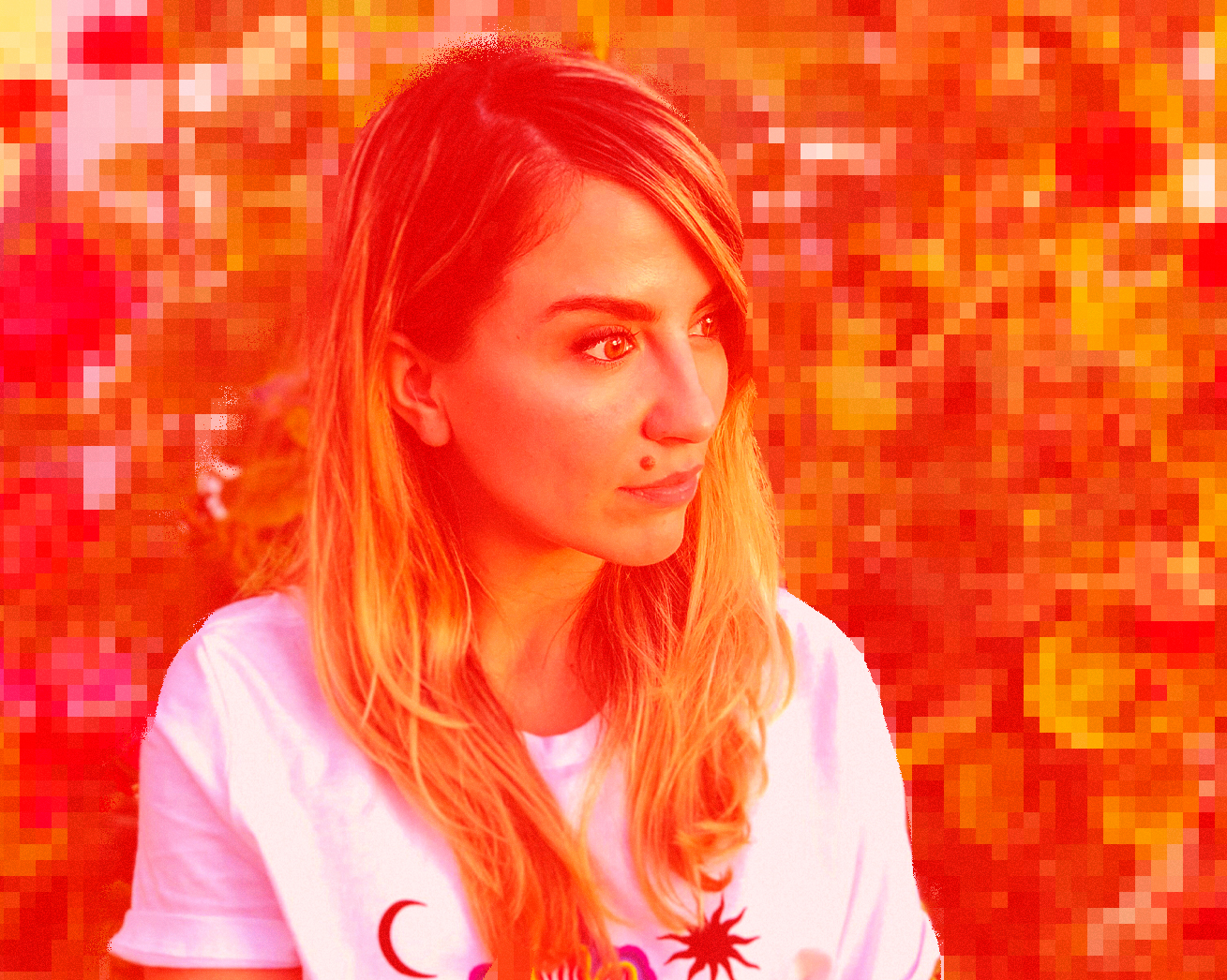 “What they were doing was totally unique, and I loved the genre free approach to music,” Medvesek remembers. “The sheer passion behind their work and the love of a good party. People like Hudson Mohawke and Rustie, for example, are responsible for a sound that we now take for granted, but back then it was completely alien and fresh. Numbers paved a lot of paths in electronic music, the effect of these labels is global.”

Nightwave’s sound is an amalgamation of Chicago and Detroit house and techno, expanded with the addition of psychedelic synths, breaks and hard drums, drawing on influences from across the electronic spectrum. It’s diverse and adaptable, with EPs like ‘Wavejumper’ on Fools Gold serving up a sublime mix of trap-infused electro, and her consecutive four-tracker ‘Sanctuary’ being packed with syrupy, synth-heavy dancefloor staples. Her sonic diversity is especially prominent on ‘Psychic Tonic’, on London’s DEXT recordings, where she crafts an entirely different soundscape from rolling breaks and unrelenting kick-drums.

Alongside producing and DJing, with more releases on labels like Unknown to the Unknown, Fabric’s Houndstooth, and her own Heka Trax, Medvesek also founded her own club night in 2013 at Glasgow’s La Cheetah, aptly titled Nightrave. “I started Nightrave six years ago, purely to bring some new people onto the scene and to create a woman-fronted night that at that time was rare in Glasgow” she says, “Now the city is thriving with events run by women and female artists, it’s so amazing to see.”

Since its inception, Nightrave has hosted DJs like Eclair Fifi, Jubilee, Lone, Hyperdub’s Ikonika and Kode9, Artwork and Violet – highlighting a keen promoter's ear and a deep understanding of club culture’s cutting edge. 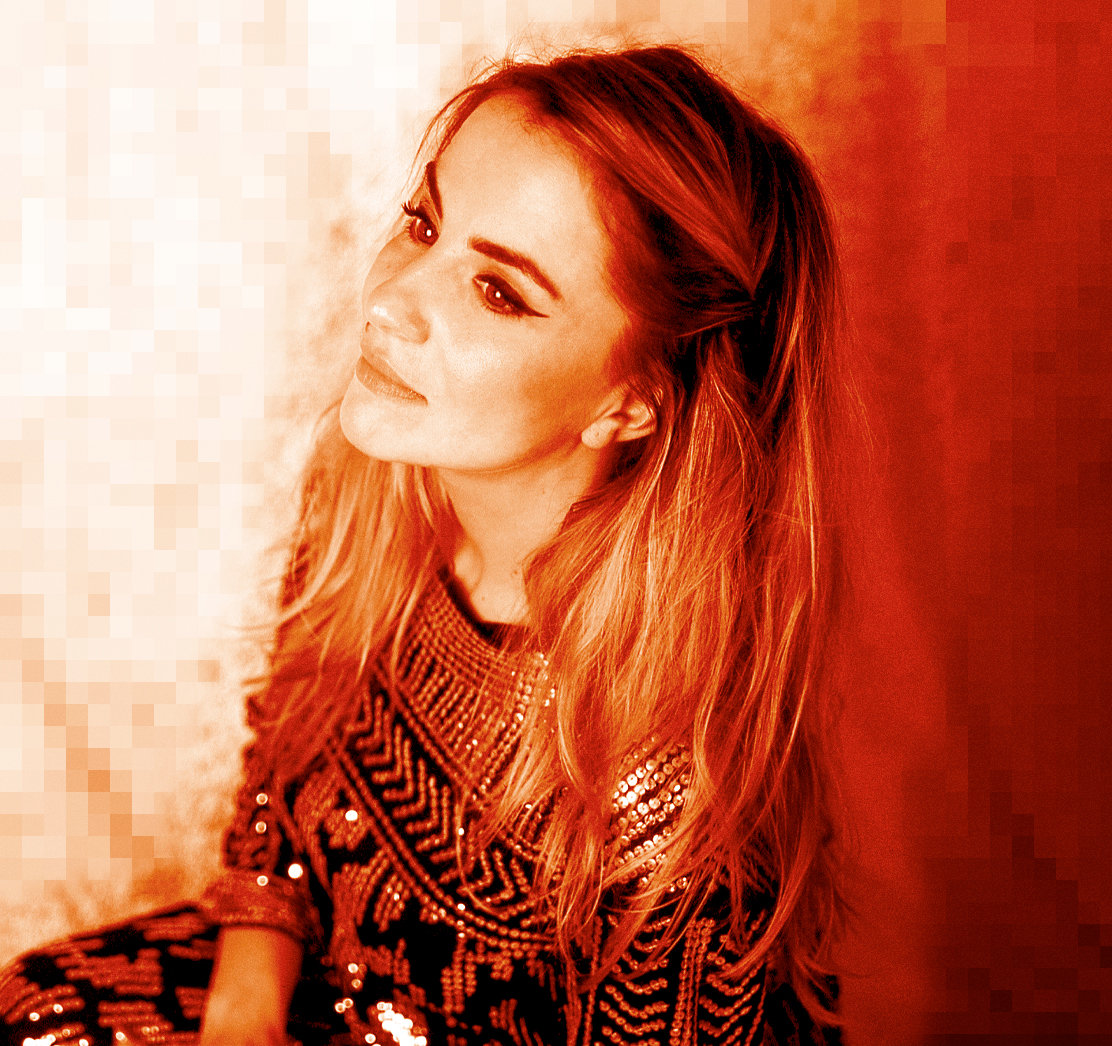 As well as Nightrave, a creative project called Producergirls, founded by E M M A and co-run by Medvesek, hosts workshops for women who are looking to explore production techniques and Ableton/FL Studio software. “I’m super proud to be part of Producergirls and the ripple effect it created” she says, “to see women that attended our workshops go on to have careers in music is just incredible.”

“I also taught production in India” Medvesek adds, recounting her experience working with Wild City, India’s online haven for alternative music and culture, and the British Council. “I also worked with refugee girls in Glasgow - all of who made tunes within hours of learning! It’s so empowering for both them and myself. There will be more Producergirls, and we would love to run them every week but all of us are so busy - same old story!”

Her next stop is London on the 16th August for Night Tales, alongside DABJ and fellow label affiliate, Big Miz. She has another chaotic 12 months ahead of her, but it doesn’t stunt her enthusiasm for the journey of personal growth and enlightenment she has started on. Her unwavering aura of creativity is extremely grounded, and continues to shine despite her hectic schedule. “I’m going back to Australia in October as well, which I’m very excited about” she says, ”I want to dedicate more time to teaching and fundraising as well, especially for rainforest charities.”

Medvesek’s On Cue mix offers 55-minutes of captivating, heady sounds from the club, spanning from house and techno to electro and breaks. She describes her mix as “something old, something new, some unreleased stuff and a lot of fun”. Featuring tracks from another DABJ associate, Fear-e, Octo Octa, Martyn, Parris Mitchell & Nina Kraviz, as well as a Violet remix of Medvesek’s ‘The Journey’, this mix is best played loud – Of course.