On Cue is our flagship mix series, celebrating the pivotal DJs and producers whose influence has shaped the world of electronic music, both in their local scenes and beyond. This month Ben Murphy meets legendary UK duo and Warp affiliates, Plaid, who deliver an hour of cinematic, experimental techno and jolting electronics to celebrate the release of their epic tenth album, Polymer...

From the unfolding climate crisis to the way technology governs our lives, you’d be forgiven for thinking the future looks bleak. Yet the experimental electronic act Plaid (Ed Handley and Andy Turner) are more hopeful — at least where the machines are concerned. Supplying optimistic synth psalms since 1991, Plaid have been a consistent beacon of light amid the dystopian soundscapes in electronic music, and they reckon the things we make can be extensions of us that complement our lives, rather than dominate them. It’s an overarching theme of their new album for Warp Records, ‘Polymer’.

“We feel that machines are as much a part of nature as an ant hill or bird’s nest,” Andy Turner says. “Perhaps the fact we see the things we’ve made as separated from nature is a problem. There’s no reason we can’t build sustainably, and in harmony with existing nature. Is a note, made by a vibrating string, more natural than one generated by an oscillator, when both are vibrations? They’re the same, essentially.”

The polymer that gives their new album its title is generally thought of as a composite material made of various plastics, like polystyrene, playing on the idea of Plaid’s computer-generated sounds as a synthetic product. But the word can also mean a naturally occurring mix, like proteins or DNA, hinting at the close proximity between us, and the things we make.

“The idea of nature and synthetic things interacting, it’s the world we live in now,” says Ed Handley. “It’s the idea of the physical versus the virtual. Now we’re getting to this weird point where people are having machine implants in their skin. In almost every area of your life, this touches you. We’re attached to phones, that we carry and are almost part of us. That relates to how we make music, and it always has.” “Polymer means many parts, and finding a blend of parts that move us personally is our guide,” adds Turner. 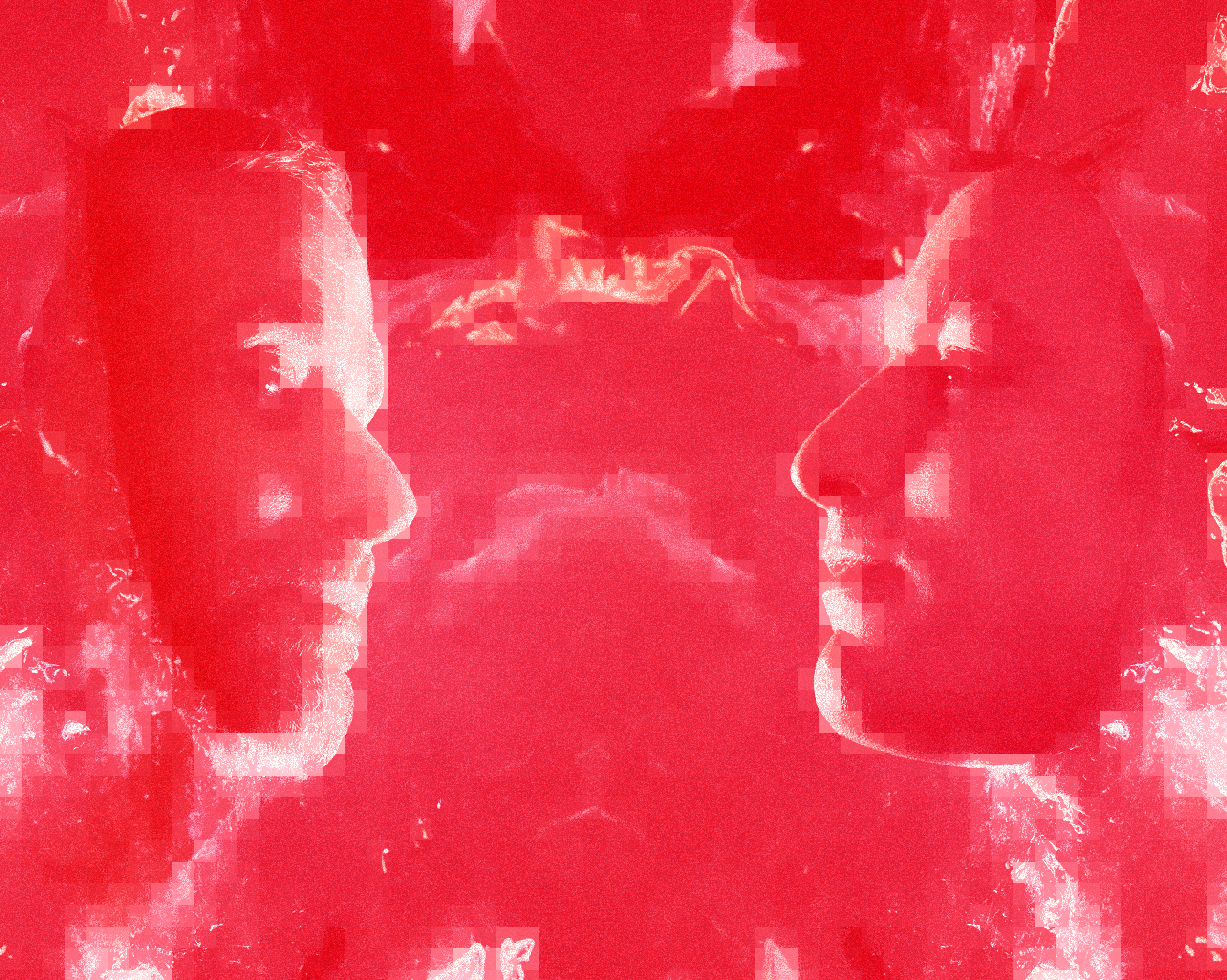 The emotional blend of many elements is something Plaid have refined over almost 30 years of recording together as a duo. They’ve moulded a characterful sound from meandering off-world melodies that bound off at unexpected tangents, and beats that skirt the edges of dance music but refuse to conform to stiff regulation. ‘Polymer’ finds Plaid in especially tuneful form, while maintaining the exploratory impulse that has made them one of the UK’s most celebrated leftfield electronic acts. Album track ‘Maru’ thumps with a dancehall rhythm, decorated with layers of metallic percussion, before delicate bell tones drift in like dandelion seeds on the breeze; ‘Nurula’ has plucks of guitar, electro beats and a gorgeous, sad-eyed synth harmony. It’s a hyper-ballad that Björk herself, who worked with Plaid on the track ‘Lilith’ back in 1997, would be proud of.

The overall sense is of a band unencumbered by expectation, and free to work without stylistic constraint. That’s something Ed Handley feels is possible now that electronic music is less stratified and bound in by genre. Where once Plaid were pushed in the ‘IDM’ pigeonhole, along with other artists signed to labels like Warp, Planet Mu or Skam, now, listeners and dancers can hear them as part of a broader continuum in dance culture without the baggage of association. Labels such as Furthur Electronix, Whities and Super Hexagon have sprung up in recent years, pushing electronic beats that don’t conform to type — the kind of sounds that Plaid have specialised in since day one.

“Even some of the more popular DJs are playing what we used to regard as experimental music,” Handley says. “You’re getting nights where there’s a real freedom to what you can play. And what does experimental mean now? Experimental used to mean noise music, but now it can mean anything.” Part of the reason things have changed, in his view, is that the demographic of those playing and listening to the music is shifting, too. “Generally people are more open, and that’s because you’ve got a more diverse range of people. You’ve got more women DJing, and people all over the world playing electronic music. It’s not some Eurocentric or Detroit-centric thing, you’ve got a real worldwide scene now. You’re always going to get more diverse music as a result.”

Though they might intend to make dancefloor-geared material, Plaid’s way of creating sounds instead leads them off on more colourful, non-linear paths, governed by interweaving harmonic ideas rather than gridded beat structures.

“We love dance music and it influences our work, but we find it difficult keeping things simple,” Turner says. “When we’re working on a few bars for hours, it feels natural to keep adding or altering to keep ourselves interested. We want the listener to go back to discover more.”

The most unexpected diversion on ‘Polymer’ comes at the end, with the track ‘Praze’. An unfurling tapestry of lush acoustic folk guitar with a lilting waltz-time riff, it’s baroque, fragile, and in its mostly organic construction, not what you’d expect from Plaid at all. Yet, again it hints at the composite nature of a polymer, this expression of the organic thriving inside a wider electronic framework.

“That’s with the guitar of Benet Walsh, who we’ve worked with since the early days.” Handley says. “He’s a bit of a folk obsessive and he brings that influence in, but we connect with his melodic sensibility or his idea of harmony, which is this ye olde sort of thing. We’ve always quite liked that naïve sound. Sometimes we just go full-on with it and embrace it.”

“The title is an old word meaning ‘meadow’, and the track feels like a return to the old natural world from our new one, living with the machines we’ve created,” adds Turner.

Ed Handley and Andy Turner were working together even before Plaid began, as part of celebrated techno group Black Dog, along with Ken Downie. They contributed to some of the act’s best works, including classics ‘Virtual’ and albums such as ‘Temple Of Transparent Balls’, while they released their first album as Plaid through the Black Dog Productions label in 1991, ‘Mbuki Mvuki’. That contained gems like the breezy electro-funk of ‘Anything’ (recently re-edited by Midland), while their 1992 Latino breakbeat monster ‘Scoobs In Columbia’ cut up a salsa jazz piano line and laid it over ferocious, dusty drums. Though 1997’s ‘Not For Threes’ album yielded the strobe-lit, dubwise four-four of ‘OI’, Plaid have generally preferred to occupy the fringes of the electronic scene rather than follow trends. One thing that has always been a muse is the bittersweet melodies of early Detroit techno. These synth lines find their way into their own music, however indirectly. 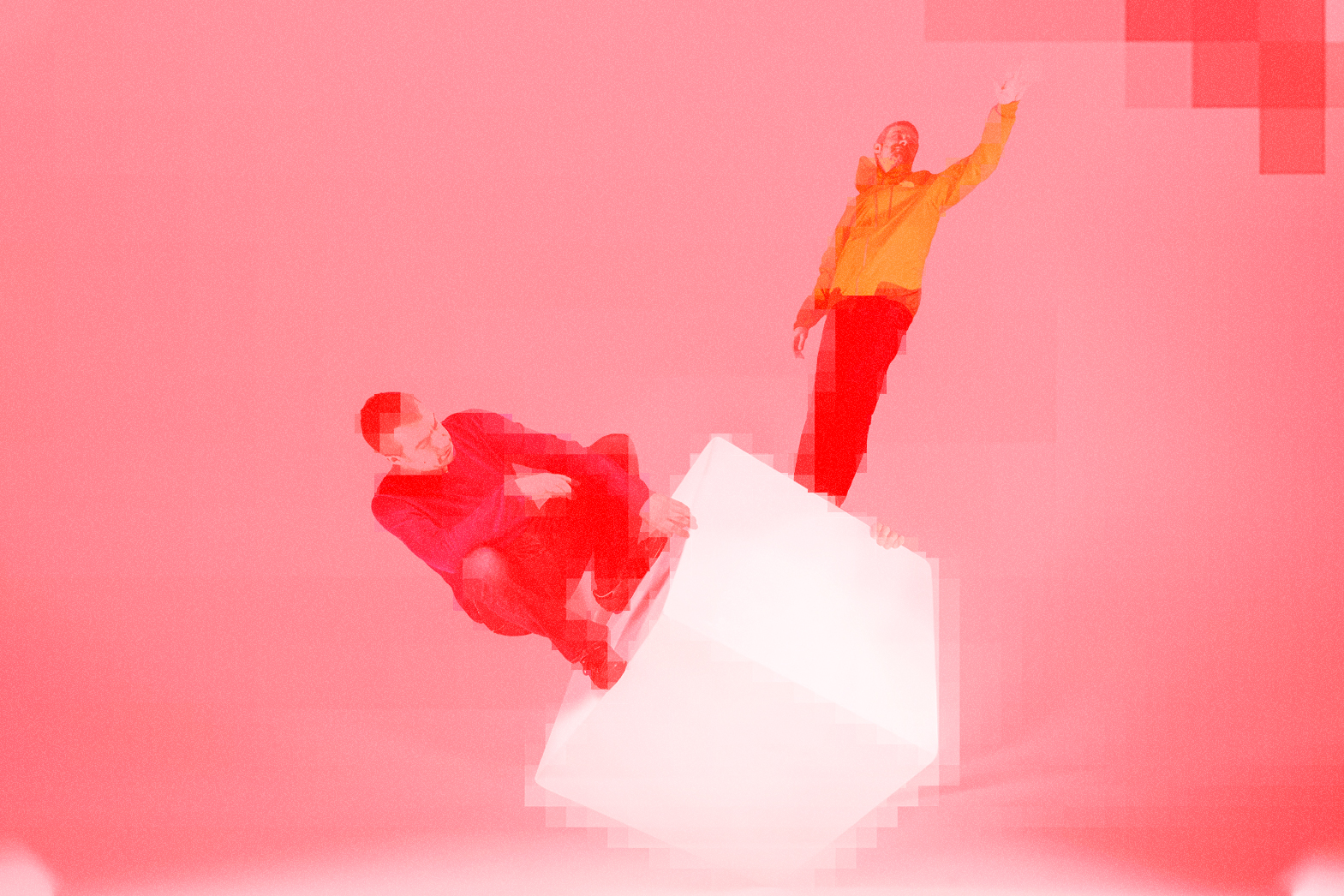 “The branch of techno we loved initially was the hopeful Detroit version, the Carl Craig, Derrick May, Juan Atkins stuff,” Ed Handley says. “A lot of their earlier output was very positive, it was sort of melancholic, but it was trying to find a better way. It was a response to alienation, trying to create something warm from the technology. I’ve always liked the meeting of the two, where you have this machine quantisation, but then you have these almost romantic harmonies. There’s this duality we’ve always loved, and you’ll find it in most of our tracks.”

Though they live in different places now, with Handley in Suffolk and Turner in London, Plaid continue to work together in the same way that they have for years. Building up a track piece by piece remotely, they create their own musical polymers and, because they’ve known each other so long, they can generally agree on the finished product.

“We’re sort of like brothers, it’s a similar relationship,” Handley says. “You can say anything. We don’t spend that much time sitting in a space together, but we never really did even when we were living in London. We’ll work on something and try to get the other person’s response. We can be completely honest, which is the crucial thing. So if you’ve done something that someone really hates, you’ll know. It doesn’t necessarily mean you’ll take any notice of it...”

Plaid’s live performances are an opportunity for the duo to come together in the same space, where they become more familiar with their creations, rehearsing, creating scripts for the Elektron Analog Rytm samplers they use, and, of course, actually playing their tracks. Some of their gigs in recent years have indulged their passion for cutting-edge technology. Plaid have toured with the gigantic cyborg setup Felix’s Machines, the robot creations of Felix Thorn, which are programmed to play their own individual sounds and perform alongside the group.

“It’s a real pleasure to play with these physical things,” Handley says. “Felix has tried to make them act a bit like synthesisers. It’s a big undertaking, but we love doing that, because it’s so different to what we’d normally do.”

Though Plaid appreciate the positive effects of technology — as well as noting its potentially harmful aspects — their feelings on the damage brought about by mass consumption and climate change are clear. Both are supporters of activists Extinction Rebellion, and hail the recent peaceful protests in London as a positive step.

“Their actions have helped to inform many about the real danger we’re all in,” Turner says. “Hearing seasoned journalists and politicians criticise them for making people’s journeys to work more difficult, when they’re pointing out the very real possibility of the destruction of our species, illustrates how much still needs to be done.”

“You can agree or disagree with the methods, but a week of disruption in central London, it’s a small price to pay to get that message across,” adds Handley. “You can’t really argue with it. Most of our valued scientists agree that it’s happening. If you disagree with those experts, unless you’ve got multiple degrees in climate science, you’re just an idiot.”

After several recent extra-curricular projects, ranging from creating music for Playstation game LittleBigPlanet 3 to working with designer Bruno Zamborlin on his Mogees contact mics (“It will take the sound of whatever object you put this contact mic on, and it will musicalize it,” Handley says), Plaid are currently producing a new record for Benet Walsh, as well as preparing for live shows, including another gig with Felix’s Machines in Portugal. Just as they’re open to working with these android musicians, they’re enthusiastic about the dawn of AI, and its impact on art.

“We’re trying to find melodies and harmonies that make us feel something,” concludes Andy Turner, “and we’ve learned that they can be generated by either a human or a machine algorithm. It’s irrelevant really, just a matter of taste after the notes have been played. We treat the machine’s output as we do our own noodling: selecting, crafting and blending phrases until it tastes right to us.”

Want more? Check out our recent On Cue mixes Sync24 and Logos...