From Paradise Garage to the Space Terrace, David Morales has played it all. His DJ sets and releases dominated dancefloors across the world for more than two decades. Ahead of his set with Hot Since 82’s Labyrinth night at Pacha on September 7th, we grabbed him to discuss his past, present and future...

You’re living in Europe now after a long stint in NYC. Why did you decide to move over?

“The quality of life is so much better here, in my opinion. You can have breakfast in one country, lunch in another and dinner in another. I think that’s so amazing. I live in Italy and it’s the same in Spain, people are a lot less stressed out. The house scene per se is not huge in America and all my gigs are in Europe, so I was thinking ‘Why am I spending all this money?’ There was a time when New York’s club culture meant something with me, Frankie Knuckles, Tony Humphries and so on and you’d get booked for the records you were buying in New York. Now, because of the internet, I can live under a rock, I can live in Guam, I can live in a space station, as long as I have internet I can shop for my music. There’s no such thing as a style based on where you live anymore. I don’t feel like I’m missing out not being in New York — I like peace, harmony and serenity.”

Is that what brought you to Ibiza in the first place?

[Laughs] “No because Ibiza is not about peace, harmony and serenity! Outside the summer-time it is of course, but when I lived there it was just the summer, I didn’t make it into the winter. I realised it wasn’t for me, and that was a sensible decision. For me, you can’t get any work done in Ibiza.” 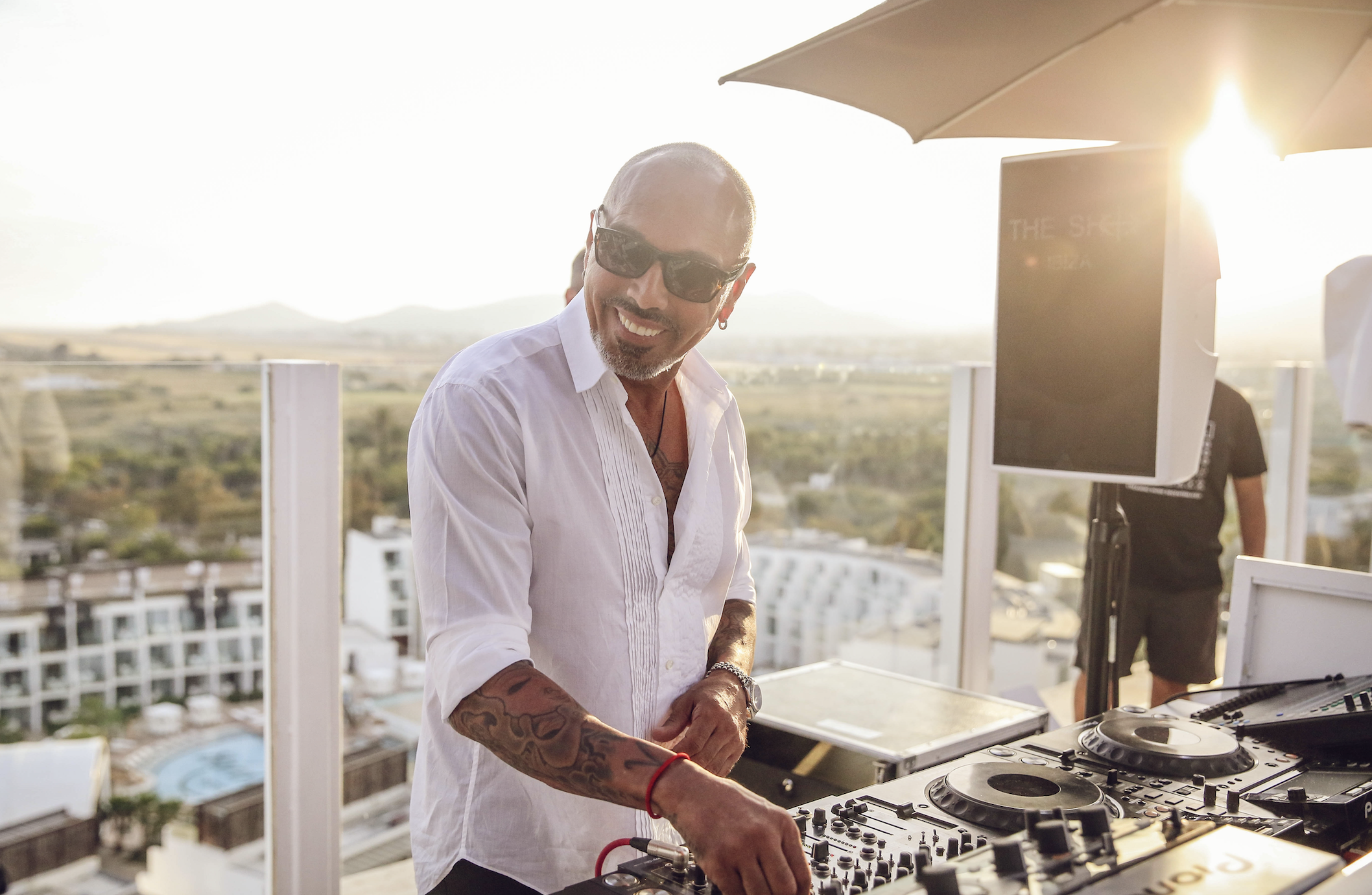 “My first trip was in 1994 — I came over with Cream to play at Ku [Club], which is now Privilege. Ibiza back then, there were no highways, it was rustic. The first time I went for three days and Cream had a villa where all the DJs would stay. I came with a friend and we were starving ’cause we’d just come from New York. On the way to the villa there was this barking little chihuahua, somewhere near San Antonio. When we got there, there was no AC and we’re Americans so we like AC. The room just had two single beds and there were some really sloppy people staying there — they expected somebody to come and clean. It looked like a junkyard.

“I was playing at Space the next day, so we bought some food and drinks for us and we put them in the fridge and went to the gig at Ku. The girl who was working for Cream at the time said ‘OK, if I don’t come back, here’s how to get back to the villa’. I’d never been on the island in my fucking life! She was drawing a map on the back of a bar napkin! It’s about 7am and we were trying to get back, then I remembered — the barking dog, that was my point of reference. So we get back to the villa and it’s a fucking mess! No clean towels, just shit everywhere. And they ate my food and drank my juices!

“I was like, ‘You know what, you’re getting me out of here. You’re finding me a hotel somewhere, I want fucking AC or I’m not fucking playing [at Space]’. So they found us a room and I go play at Space and the DJ booth was behind the bar and I was there in my little Speedos swim trunks — it was amazing! It was the ultimate, like ‘Oh my god, wow’. And that was my first two or three days in Ibiza.
“That first hotel they brought me to was Pikes, which is still a hotel I stay at all the time — and of course has an amazing history. I was really blown away. It was just everything about it, it’s a vibe. When I land in Ibiza, there’s a sense of being home. Back then it was just about promoters who loved music, it was never brand- driven or anything like that.”

"When I land in Ibiza, there’s a sense of being home"

Do you miss that about the island?

“I miss that in general. But there’s a generation before me who can list things they miss about the island, and there’s another generation before them who can list things they miss about the island. Now there’s this movie on Netflix about it, there’s ‘Ibiza’ written on the side of Coca-Cola cans, and with popularity and commercialism comes problems, trouble. People who don’t know how to behave. What I miss is the authenticity. There was a time when a lot of the people from the island were part of the audience — the Spaniards. Unfortunately now when you go out, there are no natives in the crowd — they can’t afford it. You’re looking at up to $100 to get into a club, bottle of water, drinks — and that’s just one night! If you wanted to come for a week, you gotta bring your own sandwiches!
“That’s not to say rich people didn’t go before, but there was an innocence, nobody knew who you were and nobody cared. But we can’t take it away — it still represents music and musical culture. It’s just on another level now.” 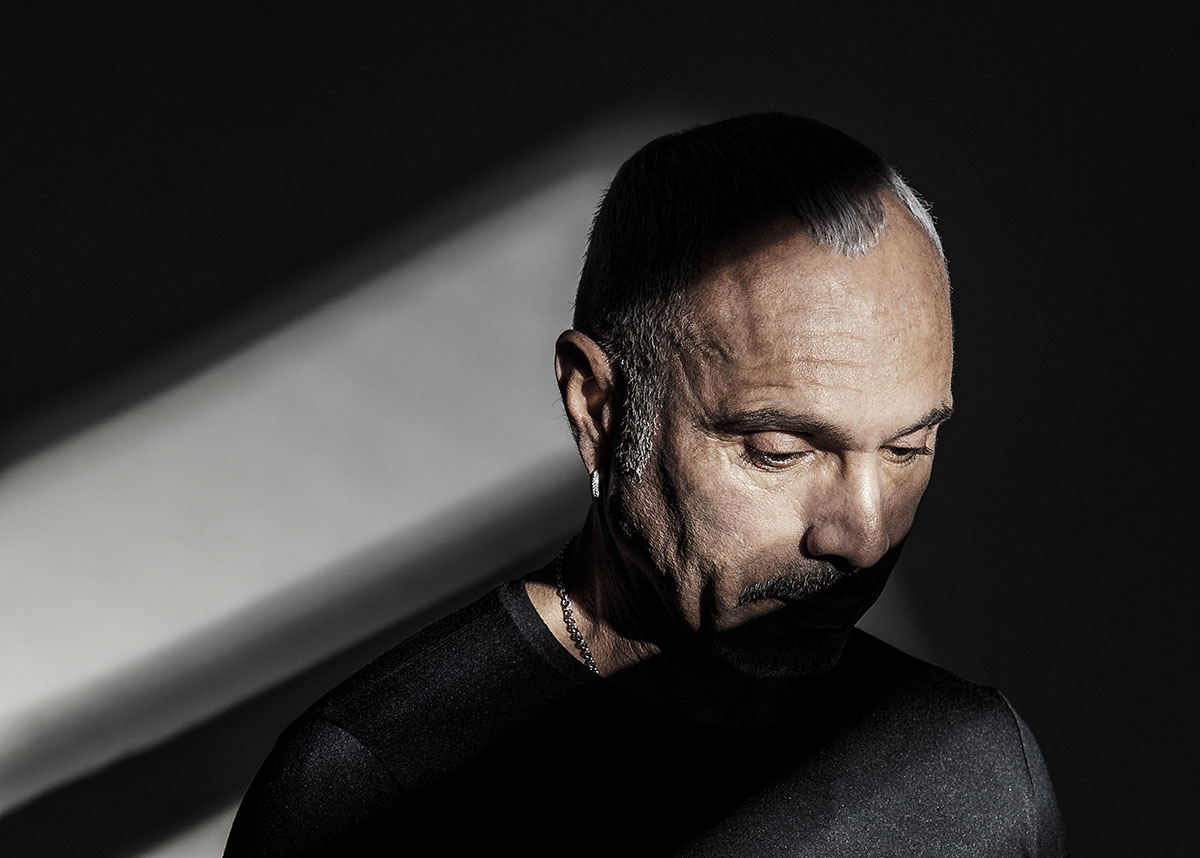 You mentioned before about using turntables and no monitors and rustic equipment. Do you think it’s important for new DJs to start out with a more humble set-up before they start using technology?

“I think it’s about whatever satisfies you. It’s cheaper to buy a Traktor set-up than turntables and a mixer and as far as vinyl goes, not every genre is available to buy. The only thing I tell young people is that programming is the most important thing. How you get your point across, no one cares. There was a time when I first started using CDs and people frowned on it, asking where your vinyl was, and then it became acceptable. Then when laptops came along, people were like ‘What the fuck?’.”

Why do you think DJ culture can get so anti-technology, when electronic music is supposed to be progressive at its core?

“I think the same thing could be said about the film industry, or about photography. It’s about changing what people are accustomed to — the only people complaining about the new stuff not being as good as the old stuff are the old people. I still love vinyl, I love the feel of vinyl, the sound quality — yes, yes, yes — but yo, you don’t know what it is to carry two or three boxes of fucking records all over the fucking place. I’ve got my music in my back pocket and you have to love that. Swiss Air used to charge me $400 for two boxes of vinyl! My first gig in the UK was only for 250-quid!” 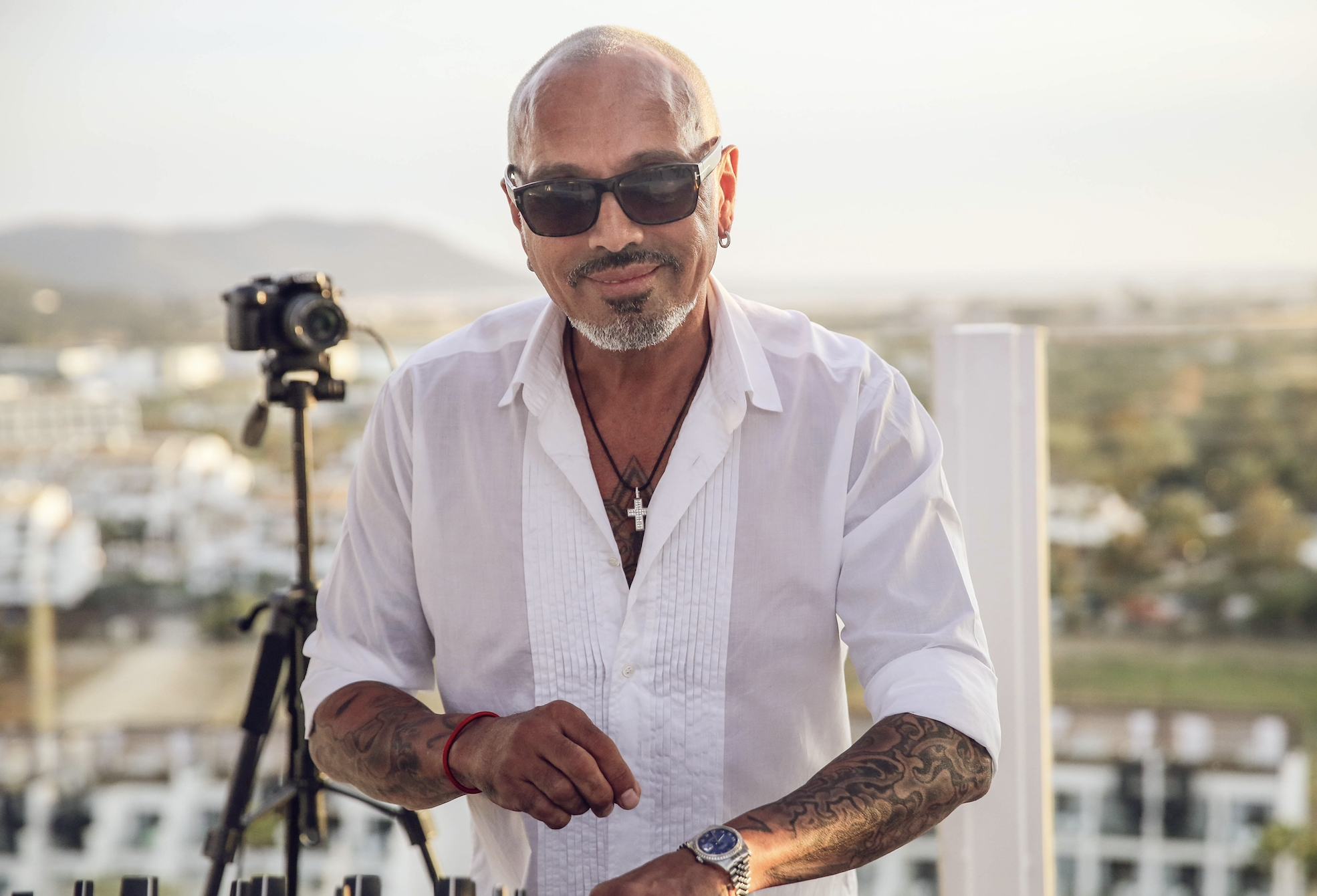 What do you think Ibiza needs to do differently to sustain its cultural relevance as one of the world’s best clubbing destinations?

“Where else can you go in the world where 24-7 there’s a party going on? Where else can you go in the world where every billboard is advertising a party? The main problem is they don’t have the infrastructure to handle the volume of visitors. Everything from the parking, traffic, everything. Seasons used to start in the beginning of July and end middle of September. Now it starts mid-May and ends middle of October. Ibiza will always be Ibiza, but maybe people will start to spread out their time here, maybe go more in the off-season, enjoy Ibiza in a different way. There’s beautiful places you can go, beaches, restaurants, so many places.”

Is there anywhere in particular you’d like to shout out?
“Inkadelic Tattoos!” [Laughs]