Illyus & Barrientos have had a bumper year. The Scottish duo's Toolroom smash 'So Serious' saw them join the lineups at Hï Ibiza, Output NYC and 1720 in LA as well as playing all across Europe this summer. We caught up with them to find out what bit of kit they couldn't leave home without. 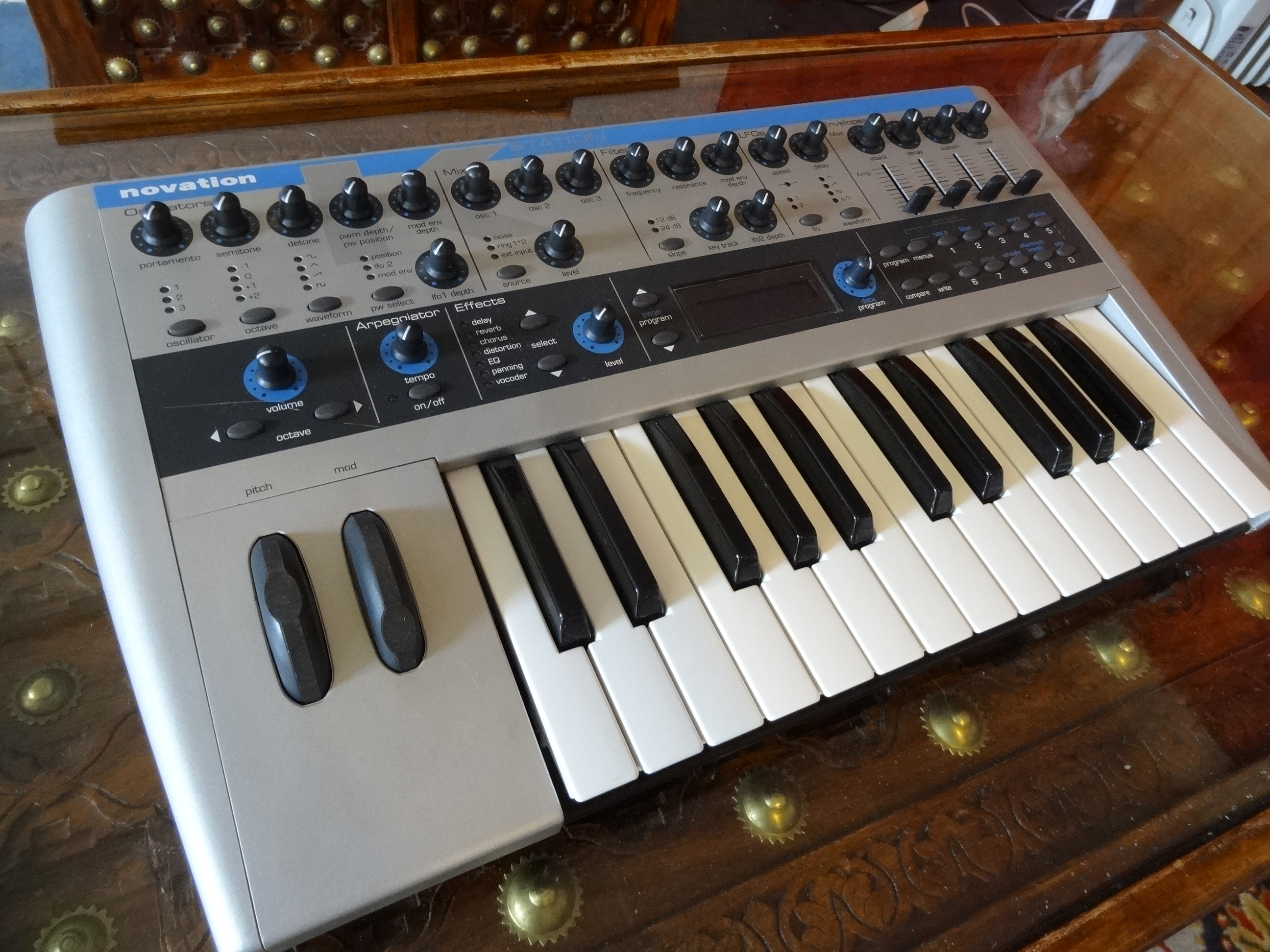 “The piece of kit from our studio we picked is our stupid ’90s-looking Novation K-Station! Definitely not the coolest of piece of kit to own, but it really serves us well in the studio.”

Why do you love it?

“We really love it because it actually is super versatile. It has a range of sounds that we’ve been patching over the past few years that range from gorgeous, warm basslines to amazing arpeggio sounds that we’ve used in plenty of records. It’s got really class internal effects (delay and reverb) that you can’t replicate on Logic. It’s also awful looking – draped in awful ’90s decor but we wouldn’t have it any other way!”

How long have you had it?

“We’ve had it a few years now, Barrientos actually bought this off a guy called Luis who was the bassist in a band called C. Duncan. At the time I had never heard of the band, but lo and behold a few months later their album was nominated for the Mercury Music Prize! They’re an awesome band, definitely worth checking out.”

What are the best functions?

“It’s got three oscillators, so it’s really useful for building sounds - we’ve made a lot of different pads, especially given you can pitch each oscillator. We’ve used pad sounds that are made in 7ths, which gives our breakdowns a real Ibiza, summer feel. It’s also got 400 banks available so you’re never short of space to add your own sounds in.”

What track have you produced using it?

“We used a pretty unique bassline on it - we created it ourselves, and it really has the feel of a subby bass guitar. We used it on our latest record ‘M.E.A’ (Toolroom), which gives the feel of a real bass guitar on the track. We also used the same sound in our track ‘Get Up’ (Suara) in the bassline. It's the biggest part of the track, and just gives it amazing energy.”

What tricks can you do with it?

“It does this amazing trick, where the full casing lifts off because its broken as s**t! Haha! Seriously though, we can patch it to make loads of different bassline sounds. We can make a UK garage bass in minutes, or make an Innervisions-style bassline easily. Love it!”