In our new feature, we explore the gear, software, sounds and synths that producers, artists and DJs can't live without…

Lindstrøm is a true modern disco legend. Part of the Scandinavian disco family that birthed the cosmic disco sound, his Oslo studio is a treasure trove of analogue synths and wonky devices. His focus on esoteric instruments mean his music is dripping with cosmic sonics and quirky tones. We caught up with Lindstrøm ahead of his The Hydra show at Printworks on the 3rd March alongside Kerri Chandler, John Talabot and more to find out what piece of kit he can't live without.

“The Omnichord is an interesting early-’80s invention that I guess was meant to mimic the autoharp. It’s got a simple and uber-cheesy drum-machine with auto-bass/chords. First time I heard it was on the track ‘Deep Blue Day’ from the Brian Eno and Daniel Lanois ‘Apollo’ soundtrack where they pitched the whole thing down using a tape machine. 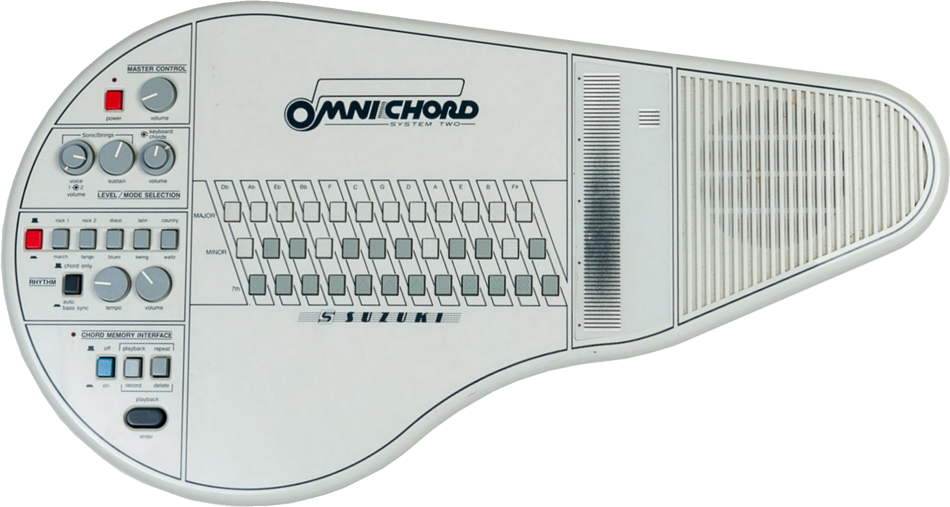 “It’s got a small speaker that sounds thin and not very inspiring when being played straight from the box. However, when plugged in via the jack output it sounds amazingly ethereal, graceful and dreamy when it’s run through effects such as a lush and long reverb and-or delays. It’s useful with both short and long decay times, and strumming the touch-plate sounds different every time, adding an element of randomness to the playing.

“I usually pick it up in the finishing process of song writing, like you do when seasoning food, and it always adds some random or controlled magic and finds its slot somewhere among all the other elements in the track. When I need for a strum in a key that isn’t already printed on the Suzuki, I just play the closest key, then pitch-shift the recorded audio in Reaper.

"I've been using it since buying it on eBay more than 10 years ago and it’s sprinkled all over the album I did with Christabelle in 2010, and more recently on both ‘Drift’ and ‘Shinin’ from my most recent album ‘It´s Alright Between Us As It Is’.”