Detroit drum & bass aficionado Sinistarr steps up with a killer hour of ecstatic footwork, jungle and jolting, bassy rhythms. We catch up with a singular talent to talk origins, making d&b in Detroit and dreams of yachts...

Sinistarr has been at the helm of Detroit’s d&b scene for a decade now. In that time, the prolific DJ/producer – real name Jeremy Howard – has released on some of the most revered jungle and d&b labels in the business, from Metalheadz and Renegade Hardware to Hospital.

As a drum & bass producer, with branches of his style regularly veering into the realms of jungle, bass and, more recently, footwork, Howard has triumphed globally despite honing his craft in a city where house, electro and techno rule the roost. 2018 has been his biggest year to date, and has seen him releasing a string of new music and remixes as well as touring across the world in countries including China, Taiwan and Australia.

As we learn in our in-depth interview with one of Motor City’s singular talents, Sinistarr is a confident, determined and  humble artist for whom the future is wide open, bright and full of startling rhythm. For his DJ Mag Podcast mix he explores ecstatic footwork forms, bassy hip-hip inflections and hectic half-time majesty. As he marks his new release on China’s sensational Unchained imprint, we can’t think of anything more suitable. Dig in. 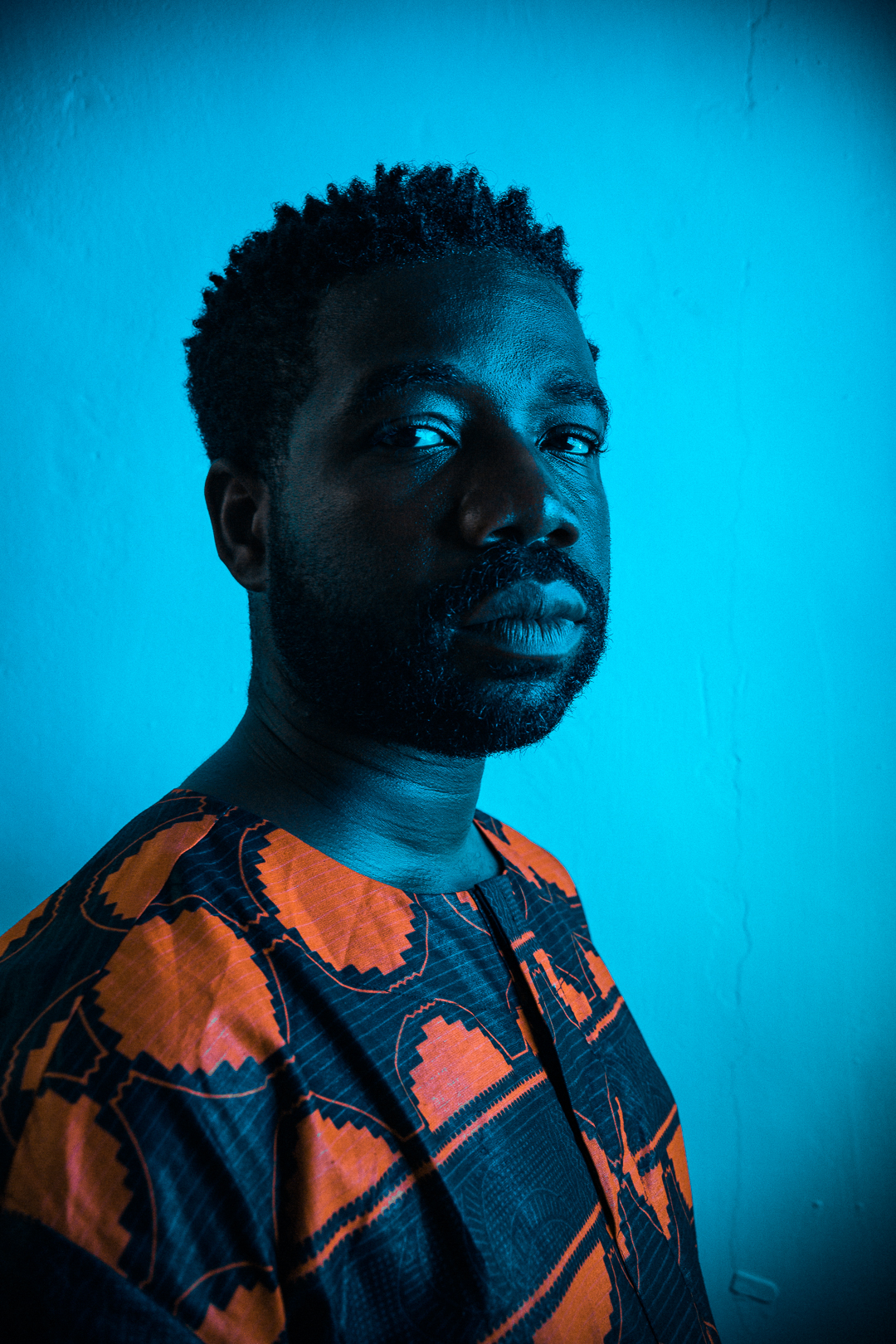 Hey Jeremy! How has 2018 been treating you? What’s been going on? What have been some highlights?

“2018 has been wild so far and it’s still not over! I’ve had steady releases and remixes throughout the year from labels around the world, and I just came back from a crazy summer tour, playing across mainland China, Australia and Taiwan -- all for the first time, and it was all quite incredible.”

Tell us about your introduction to electronic music. How did that come to develop into a love of d&b etc?

“I got into electronic music quite early on as it was being played on the radio in Detroit. Basically, if you turned on the radio over midday, rush hour or especially on the weekends, you’d hear a DJ on the radio mixing ghetto-tech or house either at the station or as a live broadcast from the club on Sundays (shouts to Legends) – It’s usually folks like Gary Chandler, DJ Zap or DJ Godfather either playing their own tunes or other classics.”

“It was strange how I got into d&b really - listening back to some of the mixes from Detroit in the ‘90s, I noticed that some of the DJs were in fact playing jungle in their sets but I never knew what the genre was, we all just called it ghetto-tech. Fast forward to high school and a few things happen: One - I saw a movie with Goldie and David Bowie that had a d&b soundtrack (the intro of the movie has a huge amen break, instantly piquing my interest) and instantly introduced me to who Goldie was.

“Two - during my teenage CD buying days I found a CD called ‘Jungle: Sound of the Underground’ that was a compilation of US and UK jungle artists - that one in particular got me interested not only in the UK origins of jungle and drum & bass but on how it crossed over to US soil. Finally, and this kind of melds into how I got deeper into electronic music - I landed a job at our high school radio station. Their music collection had a lot of electronic CDs and from that point I found out about the Breakbeat Science mix series from DB, Jungle Sky, Unkle, Roni Size, Tresor and the like.”

“I spent a lot of time staying late after school just digging through records and promos that we got (and a lot of time in the "reject bin" because the station manager didn't like dance music, she was more an emo/screamo lover when that was hot and popping) and either taking a bunch of records and CDs home or ripping them to cassette – yes – to listen to later. It also helped that there were a few presenters that I worked with that liked electronic music that were willing to share some of the CDs they were into! All of this really helped me shape what I liked musically and focus in on the music I really wanted to get more insight on and truly helped me to build a nice collection of sounds.”

How did your early experiments in those sounds go down in the traditionally techno/electro scene in Michigan?

“It was quite hard to tell honestly as I hadn’t played to a techno crowd as much, and I just recently played something with all house/techno names and I was literally the only person with the faster tempo sounds. But I can say that my work ended up gaining the attention of the Movement Festival and they booked me at the event a few times and have always shown me love during my musical journey – safe to say they understood where I came from with my sound and helped me get some of my journey in motion. House and techno is king here, but there are a few people in this scene that definitely vouch for and appreciate what I do, which is great.”

How have you grown and developed as a producer since?

“I’ve always had this forward motion of thought when it comes to my musical growth, especially in the past 10 years. Not for nothing, I can definitely look back and think of the points in time I had a great run and would rather not go back to, or when I almost made some ‘questionable’ choices musically. However, seeing everything major I’ve accomplished as a gateway to more advancement and not as a resting point or a plateau has been really helping me along the way.

“The thing I do really put thought into is how I’ve actually grown up in age as a musician – I’ve seen people come and go for 10 years, and it can either make you jaded or motivated. I also feel like all the genres music I know and love and have grown up with are speaking to me all at once right now, and I’m at a point where I have the tools, resources, experience and all that good advice throughout the years to really take it and combine it into new styles and ideas.”

“There’s been this really great thing that has been happening with me where all of the artists I grew up listening to or own records of I ended up work with – Goldie with my Metalheadz release, Fabio with Creative Source, D Bridge with Exit, Carl Craig and Stingray with the Urban Tribe project, playing shows with DJ Godfather, doing a track with Guilty Simpson, and so on… everything I’ve enjoyed as a music lover (lifer?) is 100% coming around full circle to me as a producer, and the fact that I can be present for all of it makes me entirely grateful.”

What’s the scene for d&b, jungle and footwork like where you are now?

“In Detroit, the scene for d&b is tiny to the point that people outside of the genre lazily still call it ‘jungle’ and say that it is a ‘retro’ genre. Funny, as the rest of the world knows differently and some folks are just too caught up in their own genres in the city to care, which is fine – More for me!”

“Aside from the label AGN7 that’s run by two friends of mine and very talented DJs/Producers and staples in the Michigan scene – Ronin Selecta and Spktrm – there’s not a whole lot happening here right now, but I do hope it changes in the next few years – it always seems to come in waves.”

“On the other end, Footwork in Detroit has a very young and new crowd backing it and I find a lot of DJs playing tunes from those artists and booking them from time to time. DJ Jalen that runs Take Ova Gang just moved to Detroit before the summer started and he’s pretty much the man in town when it comes to footwork. As for me – and I say this with absolute love and infinite respect for all my neighbors in Chicago – but my background, my lifeblood from growing up in Detroit is Ghetto-tech, and I represent it to the fullest!” 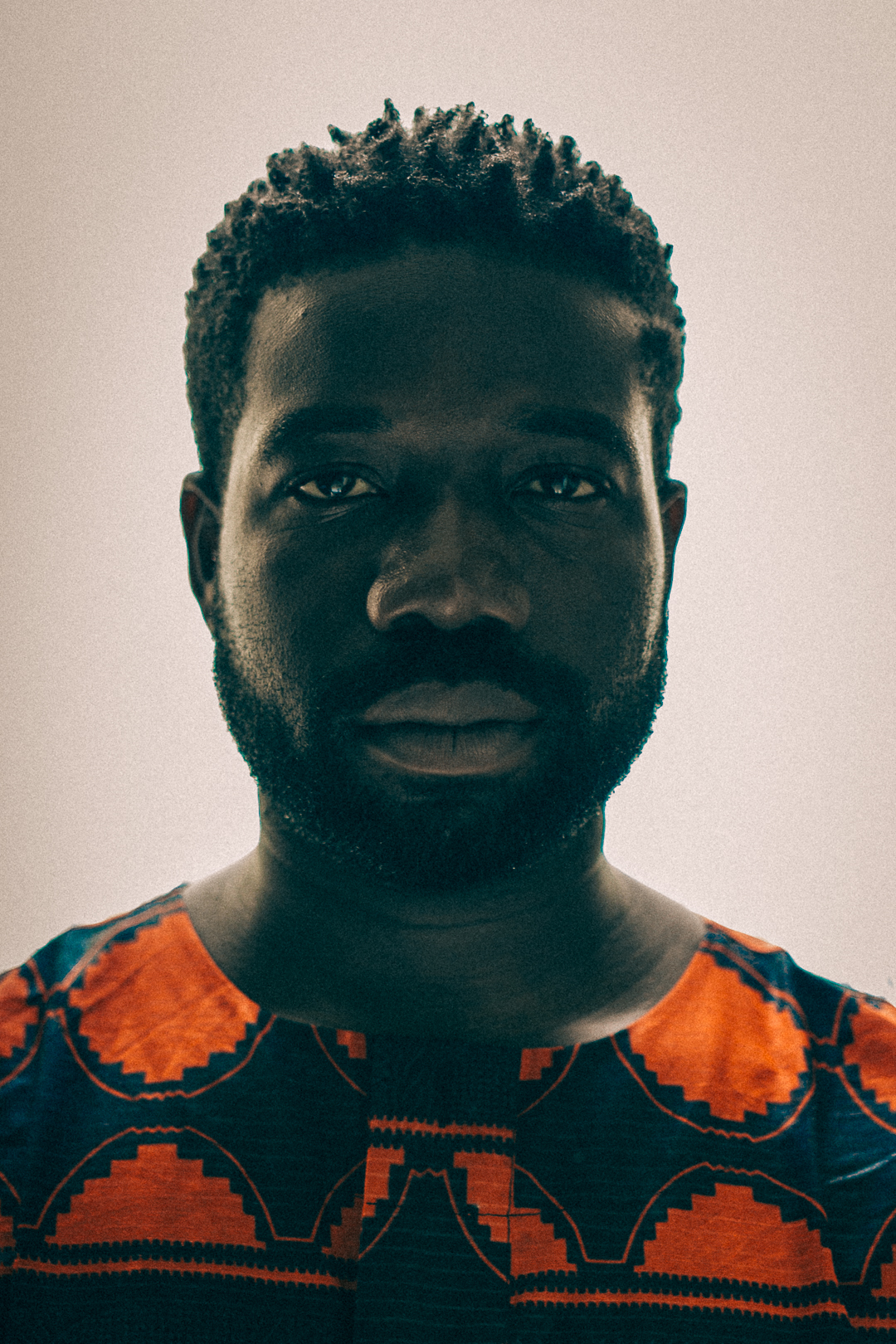 Your release on Unchained is sounding sick. How did you come to link up with the label?

“Thank you! So back in April my good friend Joe Nice sends me a screenshot from Daniel Power, the founder of the Unchained events in China, asking for my contact info. Joe proceeds to link us up and within a few weeks time we had a tour ready to go for mainland China. They wanted some music for their label that was about to launch (Unchained Recordings) and to also push while I was touring so I ended up making those two tracks in the weeks before I left for China. The anticipation definitely gave me some energy!”

What else have you got coming up this year? Anything else we should know?

“Show-wise I’ll be in Europe and the Middle East from the start of October to mid-November on tour, check any of my social media to see where I’ll be. I’ve got a remix for Doctor Jeep’s track ‘Vault Of Glass’ that’s coming on Etch’s Bun The Grid label that will be vinyl-only, and I have my second collaboration with Kabuki called ‘Ascension’ on his label Beat Excursions coming out in the next few days.”

Tell us about this mix! What should we do while listening to it?

“This mix is basically what I talked about – many different styles I love talking to me at once, but set across 160 and 170 BPM… It has brand new bits and remixes from me and some tunes from a few of my favorite people in the footwork/bass/hip-hop spectrum that you either know or have never heard before.”

Last track that blew your mind?

“‘Self-Similarity’ by Dorian Concept. It’s the last track of the mix)”

“Perfect Blue – In the movie theatre for its 20th anniversary”

“The one I had last night – A beautiful beachfront marina that I’ve definitely visited in a previous dream, but this time with a massive floating yacht parked in front of it and a cliff between the ocean and the yacht where people can jump off of. My brain is interesting”

Favourite album to relax to?

Favourite genre(s) outside your own?

Who is your biggest musical influence?

“Aril Brikha. The “Deeparture In Time” album is still a reference point for me musically.”

“Two guys are at a bar on the top floor of a skyscraper. One guy turns to the other and goes, ‘I bet you $5 I can walk directly out of that window, look around for 10 seconds and walk right back in.’ Other guy says ‘prove it’. So the guy gets up, walks out of the window, looks around for 10 seconds, and walks back into the bar, sits back down and takes the $5. The guy that dared him goes, ‘Well I bet you I could do it too! Watch!” The other guy slams the $5 down on the table, gets out of his chair, walks out of the window and immediately plummets down to the street below. The bartender looks at the guy that won the bet and goes ‘You know what, Superman, you can be a real jerk when you’re drunk’.”

Want more? Check out our recent podcast mix/interviews with Kate NV and K-Hand. Read our feature on the evolution of Spanish footwork here.