Jody Wisternoff has remained at the forefront of the UK house scene for three decades throughout his many creative projects. In his DJ Mag podcast mix, he serves up one hour of soulful house with enough kick to fuel a late night out.

Jody Wisternoff doesn’t like to be called a legend. But when you look at his CV, it’s impossible to ignore his longstanding influence throughout the years. For three decades, Wisternoff has remained at the forefront of the UK house scene. He first cut his teeth in the Bristol music community as one half of the duo Tru Funk Posse alongside his brother, Sam Wisternoff, in the late ‘80s, earning early praise from cult magazine The Face and BBC Radio 1’s Tim Westwood.

In the early ‘90s, Jody Wisternoff continued his slow yet steady rise throughout the Bristol circuit, and it was there and then when he met his creative soul mate Nick Warren — at a record shop, nonetheless. The two formed a unique artistic bond so strong that a collaborative project was unavoidable. Thus, Way Out West was born in 1992, which would go on to become a long-term creative partnership and the biggest artistic endeavour for both Wisternoff and Warren. As Way Out West, the two churned out hit after hit, with classics like “The Gift” and “Ajare” dominating the UK charts, on top of five full studio albums. In 2017, the duo celebrated its 25-year anniversary with the release of the house gem ‘Tuesday Maybe’, an album that still knocks to this day.

As a solo artist, Wisternoff is no stranger to the spotlight, even if he does try to coyly avoid his well-deserved laurels. He released his debut solo album, ‘Trails We Blaze’, in 2012 on Anjunadeep, his musical home and current creative haven. There, he’s carved out his own sonic identity via multiple fronts: In addition to being one of the label’s key artists, he also serves A&R duties for Anjunadeep and has manned the imprint’s lauded ‘Anjunadeep’ compilation mix albums since 2013, with label boss James Grant joining him in 2015.

This is all to say the man has seen the electronic music scene in all its shapes and sizes, ups and downs. He continues his long journey to this day, pushing the sound of house via his multiple projects. Later this month, he’s releasing the ‘Sunday Maybe’ EP on Anjunadeep, which will feature five new mixes by Way Out West from their ‘Tuesday Maybe’ album. Before that, he’s dropping ‘On Air’, a collaboration with James Grant & Koelle, with upcoming remixes for Chakra on Armada and Lane 8 on This Never Happened also confirmed. This weekend, Wisternoff is performing as one of the only house artists at Looptopia in Taiwan, where he’s sure to deliver a standout set.

For his DJ Mag podcast mix, Wisternoff dives deep into his trademark sound of soulful, beautiful house before taking a hard-edged turn once things get kicking. The mix emulates the experience of a night out, starting off with chill vibes and ramping up with momentum into the morning-hour comedown. 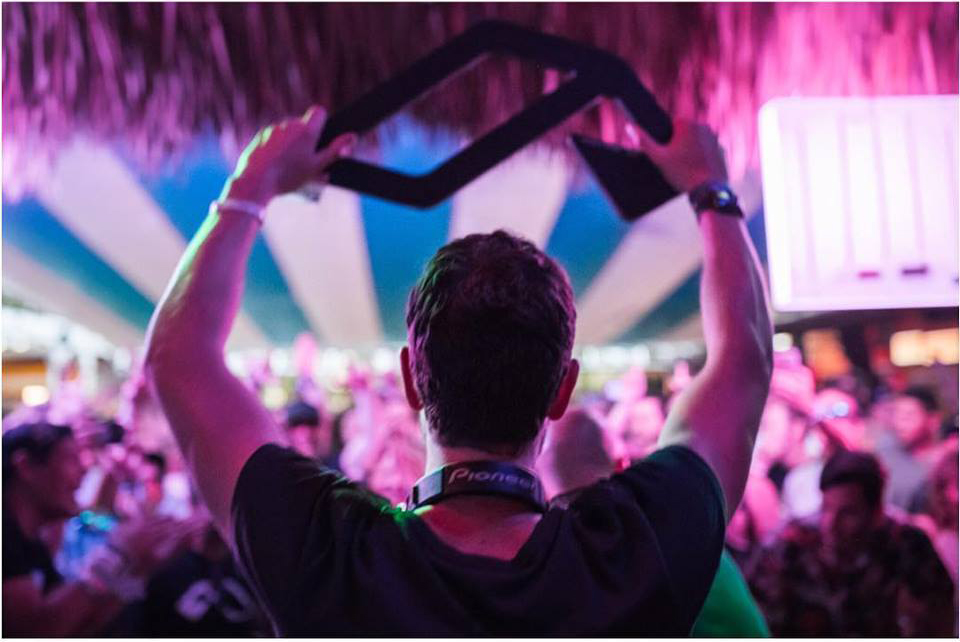 You’ve had your hands in so many genres and music scenes throughout the decades. What do you feel your personal impact on the scene has been during all these years?

"I’d like to think I’ve remained true to the very essence of my sound throughout these various incarnations over the years. Even when I was making the hardcore rave stuff, the tracks were peppered with emotional melodic sections and always a fastidious attention to detail. I’ve never been satisfied with making just straight-up functional club bangers; everything I put out is a kind of journey. I also see myself as a people’s DJ, happier in the crowd and meeting people after a show [rather] than schmoozing in the green room. Integrity and dedication to the craft is, I suppose, what has kept me working for over 25 years, and it’s what keeps me hungry for more."

It’s been a while since your last solo album, ‘Trails We Blaze’, which was released in 2012. Are you itching for a new solo album?

"In many ways, yes it is long overdue. However, the fifth Way Out West album [‘Tuesday Maybe’] was only completed last year, and the annual ‘Anjunadeep’ compilations almost feel like artist albums due to the workload of remixes, originals, edits, lots of behind-the-scenes additional production, etc. We’ve just kicked into ‘Anjunadeep 10’ right now, so the second solo album might have to wait a little while longer."

Speaking of Anjunadeep, it seems like your relationship with the label is quite symbiotic. What’s behind the creative bond with Anjunadeep, Above & Beyond and the larger Anjuna family?

"Yep, true that. At the risk of sounding clichéd, there is definitely a kind of family vibe that pulls us all together. ABGT250 at the Gorge in [Washington State, US] — where they flew and accommodated the entire office, even the accountant! — is a fine example. With James Grant, I have found a collaborate synergy that is rare to come by, reminiscent of my long-term partnership with Nick Warren. It feels like the continuously growing success of Above & Beyond has opened so many doors for all of us guys playing this slightly more niche/underground sound, and for this I am extremely grateful. The Anjuna family really is a thing, especially in the USA, where it feels like the same fans pack out the trance and house events in equal measures."

You also work in A&R for the imprint. Is it difficult to wear simultaneous hats as a businessman and as an artist?

"Not really. The process of A&R from my position is generally in the creative realm. If we spot something that has potential, but isn’t quite right, I like to be very hands-on when it comes to feedback, as opposed to some labels who either sign a track or not with no guidance. The difficult hat to wear is the day-to-day running of all aspects of social media, which I feel is more honest coming directly from the artist."

“Integrity and dedication to the craft is, I suppose, what has kept me working for over 25 years, and it’s what keeps me hungry for more”

What’s the latest with Way Out West? Anything special cooking up from that camp?

"Yes! We have the ‘Sunday Maybe’ EP ready for release on the 20th April. Basically, [it’s] five chill-out mixes by us of our favourite tracks from ‘Tuesday Maybe’. The EP will also be released as part of a special three-disc vinyl set including both ‘Sunday’ and ‘Tuesday’ in their entirety. We even personally signed every copy, which was fun."

Do you prefer solo work, remix work for others or collaborative work as Way Out West?

"This would be like choosing your favourite child—nepotism [lauhgs]. They all serve to satisfy my creative urge in equal, but different ways. Sometimes solo work can be more rewarding for all the obvious reasons, but the tendency to lose sight of the endgame is always a risk. Playing shows most weekends and staying up to date with new releases/promos is paramount; you really cannot rest on your laurels in any way and expect to remain relevant. However, on the contrary, it’s sometimes nice to remove yourself from outside influence and just go internal. Remixing is easier in some ways, because you already have a hook to work with. The challenge here is to improve upon the original; otherwise it is pointless, right?"

"Well, we are already making good progress with ‘Anjunadeep 10’. This will feature new solo stuff and collabs with James Grant. I’ve got a few remixes coming out shortly (Lane 8 and Chakra), and Nick and me have a bunch of new Way Out West tracks in the pipeline. Never a dull moment."

What can you tell us about this mix and your upcoming performance at Looptopia?

"The mix is almost like a condensed version of a night out: starting on the chilled tip, quickly gaining pace, rocking out for a while and then going all after-hours for the last 20 minutes. My set at Looptopia will be the power hour of deep house, but played at +8 [laughs]. As far as I know, I am one of the only DJs playing this style, and people here are more accustomed to higher BPM, so I need to make sure I represent properly. Can’t wait."

Want more? Check out our recent podcast with Parisian duo Masomenos and the latest in our Fresh Kicks mix series from Reprezent Radio's footwork aficionado Sherelle.

News
Above & Beyond drop new track ‘Another Angel’: Listen