As a DJ/producer of dark, harrowing sound, the head honcho of the multidisciplinary 6dimensions label, and founder of one the UK's most influential parties, LOST, Steve Bicknell's significance to the underground cannot be understated. Ahead of his Detroit debut this weekend, he steps up for his DJ Mag Podcast with a mix of enveloping, relentless techno and electro...

Steve Bicknell has been immersed in techno for close to three decades now. Having launched the legendary  LOST parties in 1991 with Sheree Rashit – which, if you don’t know, gave Jeff Mill’s his UK debut – as well as launching the influential Cosmic Records label a few short years later, he has been one of the most understated, vital figures in the UK’s underground, dark techno spheres since some of the scene’s biggest contemporary players were just kids. Though LOST may have finished up some years ago, that influence has gone nowhere.

In the past couple of years, the DJ/producer/promoter has experienced what some might describe as a revival, or at the very least a revitalised boost in stature and appreciation. Having stepped away from making music for several years between 2005 and 2013, the now Berlin-based artist has since been releasing some of the best of his work career on labels such as Soma and Ostgut Ton as well as his immense recent label undertaking, 6dimensions.

On these recent releases Bicknell has ventured further still into the dark, cavernous, harrowing depths of techno, creating ominous, experimental techno with a ever-haunting, propulsive edge. On his 2016 EP ‘Modes Of Thought’ there is a sort of demonic, spectral energy hurtling through its relentless modular spirals and avalanche percussion, creating a sort of hypnic jerk, the sudden sensation of falling you sometimes get when trying to sleep. It feels loose, haphazard and spontaneous but, somehow, purposeful…

“For me, making music has always been more about a natural process,” Bicknell tells DJ Mag. “Even more so over the recent years as I’ve become more aware of myself. I go through creative and non-creative periods and producing music is dependent on so many things. What I produce reflects where I am personally at that moment.” 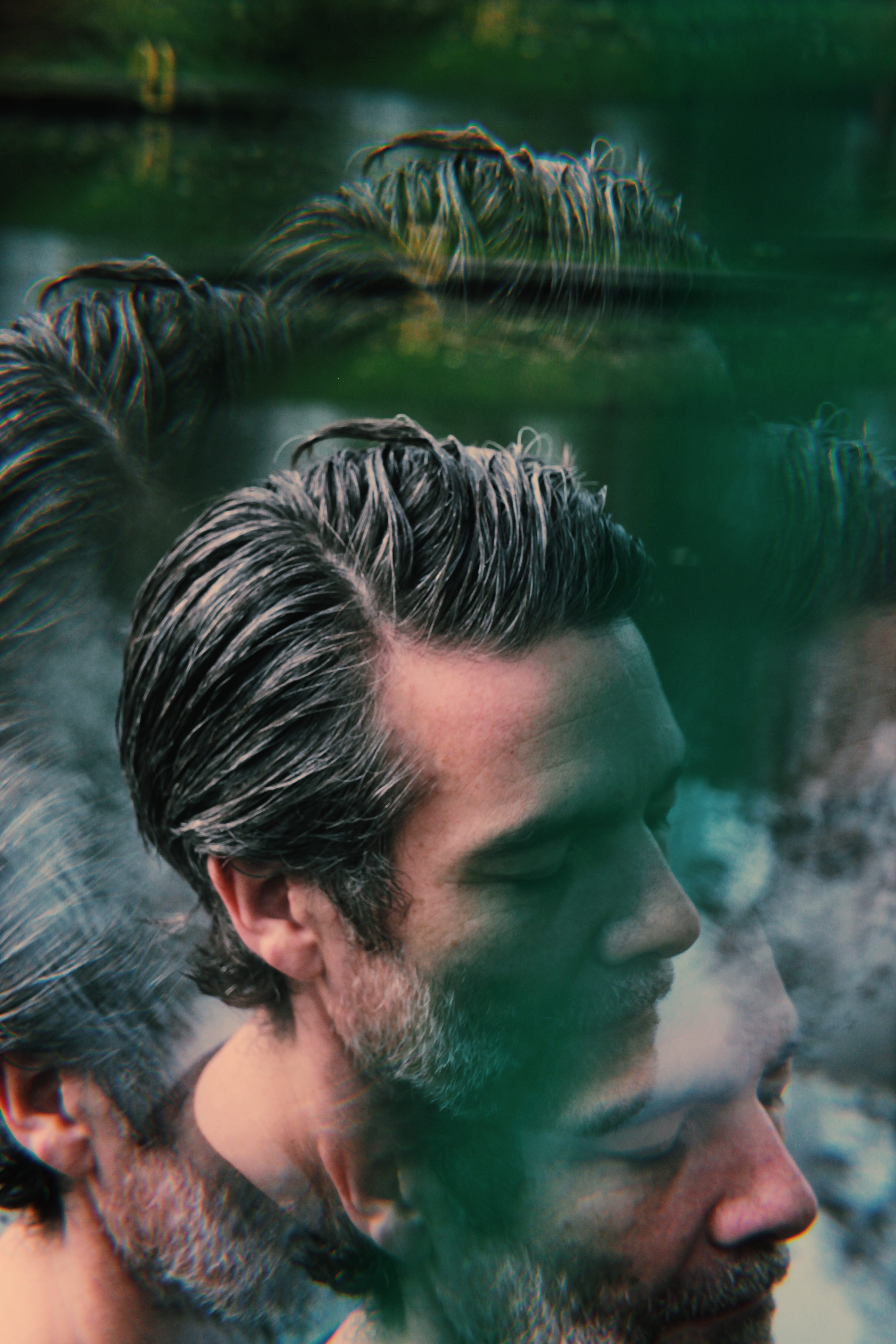 His most recent EP on 6dimensions ‘Mind Patterns’ is arguably Bicknell’s most ferocious, relentless work. ‘Vein Injection’ is a distorted, brutal sonic assault while ‘Present Minds’ is a dark, euphoric trip that you could only hope to crawl your way out of, or just get lost in.

“With ‘Mind Patterns’ I first focused on the EP as a whole,” he says. “which I based on thoughts around human mind patterns, and how these patterns can be difficult to change. I then broke my thoughts into three key areas to focus on the individual tracks.”

“‘Vein Injection’ was recorded around thoughts on producing an unfamiliar sound and frequency that has an immediate impact, driving one towards an awakened state,” he adds. “’Patterns Of Suppression’ is based on a human cycle of suppression, how things can rarely change when in this repetitive cycle, and how difficult it can be to abruptly awaken from this mindset. The cycle can usually be broken by subtly shifting patterns over time. ‘Present Minds’ was produced with a view of recognisability, something familiar from past teachings, which is then perceived to be known.”

"I would say I follow feeling over thought as much as possible..."

As natural as a process as those compositions may be, there is evidently a lot of personal and psychological projection in the music that Bicknell creates. Given that, and that Bicknell has previously shared interest mindfulness in the past, one can’t but wonder if he considers himself to be a philosophically inclined artist…

“I think someone who knows me would better answer that question,” he admits. “I would say I follow feeling over thought as much as possible.”

6dimensions was launched in 2016 as a new platform for Bicknell and other artists. More than just a label, he has intended the platform to be more of a multidisciplinary venture, and one that retains an expansive, personal edge at all times.

“Within the world of music everything I do is pretty personal,” he explains. “I entered the music world as a collector of music in my early teens, on a personal journey to find music that I had not heard before, I had no plan to become a DJ until it happened. 6dimensions, DJing and producing continues as a personal journey for me, I’ve been extremely fortunate to be able to just do.”

Described as “an exploration into balance and imbalance of the human mind’s natural make-up, Love, Fear, Joy, Hatred, Boredom and Sexuality”, 6dimensions has been gradually expanding at its own necessary pace.

“For me personally it’s been a little slower than expected,” he admits. “Which can be a tad frustrating at times. But one thing I’ve learnt is that you cannot force the process of creativity. Finding artists to work with is not an easy task either, as I’m usually looking for something where I don’t quite know what it is until I find it…”

One such artist discovery for Bicknell to release on 6dimensions was Jing, the Taiwanese conceptual artist and producer whose vivid, experimental electronic sound designs soundtrack short stories with cinematic, cerebral mastery. Bicknell released her remarkable ‘Adularescence’ on 6dimensions in February this year.

“Jing’s work is special and has many different interpretations,” he says. “She is a unique character which reflects in her approach to creativity and then putting together with passion and a vision that I had not encountered before. This goes back to something I mentioned previously about not really knowing what you’re looking for until you find it.”

As for the future of the label, Bicknell expects it to continue to expand into its multidisciplinary ethos in time. “From the inception of 6dimensions, I looked at it as a 10 year project,” he says. “The next chapter is to present events at various locations featuring artist from the label with the inclusion of various other mediums. And yes, I’m being a little vague.”

“I have a clear idea of the events I’d like to present but these will happen when the stars are aligned correctly. So to speak, all things 6dimensions will continue to unravel.”

For the time being, Bicknell has a busy schedule and is fixed to make his Detroit debut this Sunday 27th May at Movement Festival alongside previous DJ Mag podcaster Ø [Phase] and the mighty Aurora Halal. Not only that, there are a few dates and recording sessions lined up with his recent LSD project (not to be confused with Diplo’s project of the same name) alongside Luke Slater and Function. 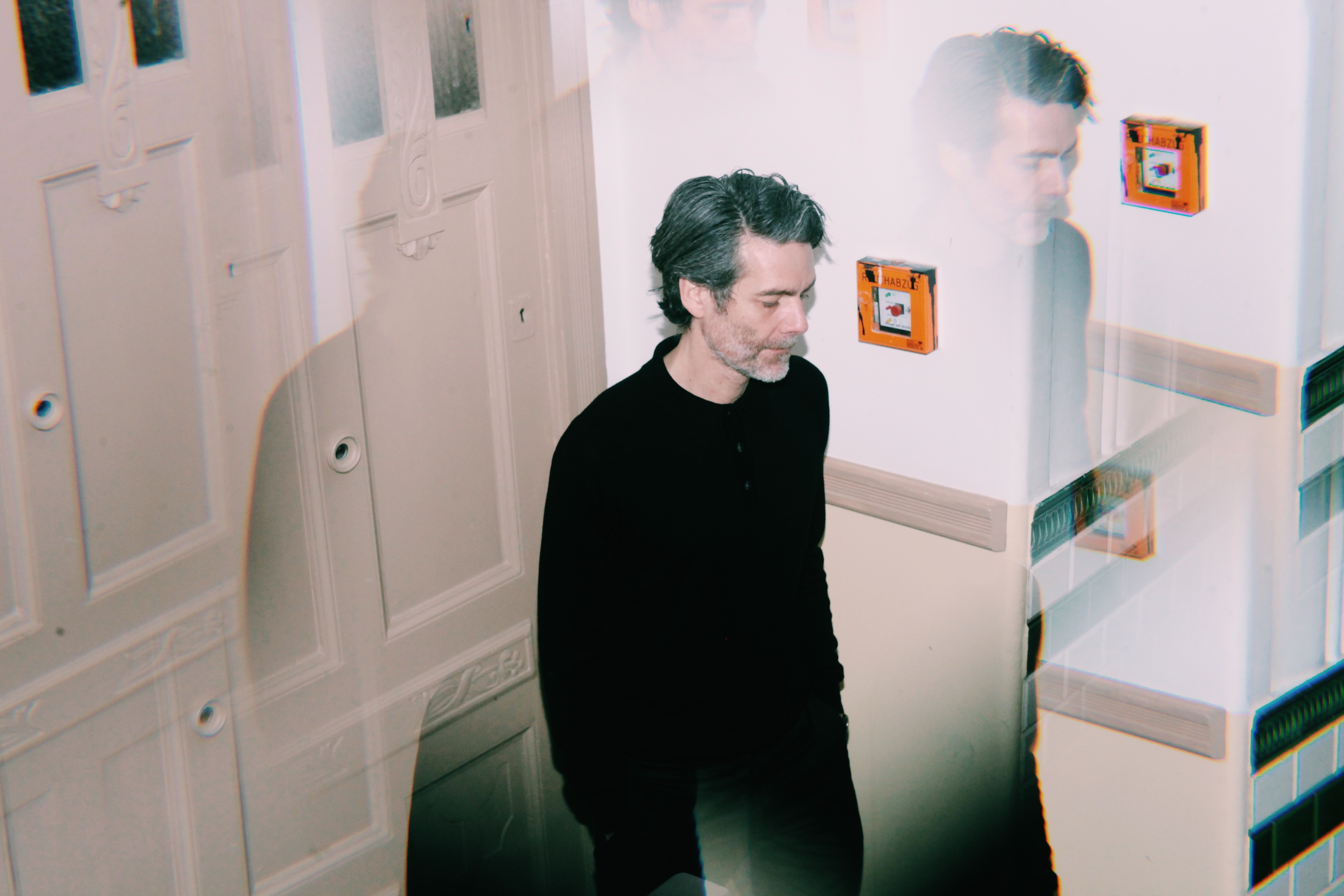 For his DJ Mag podcast mix, the legendary Bicknell explores experimental territory, with a noise-encased intro that swerves into deep techno and electro spaces with a divine percussive breakdown around the halfway mark. Irresistible stuff.

“This mix was inspired by my recent tour of Asia and the places I played and people I met along the way,” he says. “The mix includes unreleased 6dimensions material, alongside some classics.”

“What should you do whilst listening to it?” he concludes. “I would never like to say how people should listen to anything. I believe we all listen to things differently. Me, I’d listen to this whilst driving on a motorway/highway in the dark, late at night, like a scene from the film ‘Lost Highway’.”