Ryan Quinlivan, as RQ, has been quietly operating in the drum & bass periphery for two decades, often more attuned to the scene's jazz and ambient impulses than the frantic onslaught of the dancefloor, neither eschewing nor pursuing the spotlight. His first album for Blu Mar Ten Music, 'Solid Ground', dropped last year to acclaim, with recurring descriptions like "underrated" and "overlooked" in write-ups of the record confirming the narrative of a perennial underground favourite finally being appropriately recognised.

'Solid Ground' was a celebration, and encapsulation, of Quinlivan's aesthetic, elegantly refined over the years. 'Interplay' defers to his dancier side, with scattered percussion breaks, while on 'Union Of Spheres' distant hi-hats tapdance over drones and white noise in a sweeping nine minutes of ambient. There's so much palatable texture and detail that on first listen it's overwhelming.

Quinlivan asserts that this sound emerged from a multiplicity of influences, including Jean-Michel Jarre, Pink Floyd and Afrobeat band Osibisa. "The first music I remember falling in love with was the electro stuff that came with the breakdancing craze and some tracks from that era still give me flashbacks, stuff like 'Rockit' and 'Jam on It'," he tells DJ Mag. "I was captivated by the futuristic feel and loved the sound of drum machines."

His husky, often apocalyptic atmospherics also owe a debt to death metal and post-rock as well as dance music, with Quinlivan citing Slint, Brutal Truth and Big Black as key artists. "Around the same time we were going to metal gigs a rave scene had been bubbling away and we started going around ‘93," he explains. "Music policy wise we were very open-minded and touched on everything from trance to hardcore and proto-jungle."

While the jungle, acid house and drum & bass scenes were well underway in the UK, Quinlivan argues that his hometown of Christchurch, New Zealand, was keeping pace, both in the parties that were being put on and in the music being created. "By the late '90s we were often told by touring UK DJs it was right up near London in terms of our venues, crowds, soundsystems and music knowledge," he explains. "That period from '92 until 2000, New Zealand was a fantastic place to be involved in jungle and drum & bass."

That affection for '90s d&b translates into the "fairly loose jazz idea" behind 'Solid Ground', with Quinlivan citing Peshay, Wax Doctor and Hidden Agenda as touchstones for the record. These artists and the style they cultivated drafted the outline for the record, but his personal experience and stimulus of setting coloured it in.

"It wasn’t until I made two ambient pieces to tie some tunes together that my location, environment and personal situation (family, buying a home) really started to shape the tunes," he elaborates. "It is impossible not to influenced by the surroundings; we are on the slopes of a beautiful misty mountain (an extinct volcano), in a valley that runs down to a loud and vibrant ocean. So combine that with the physical and social isolation and a relatively new-found love of jazz and there you have it! You can hear the echoes of the cities I have lived faintly in the background, as without those places I wouldn’t be making D&B."

Quinlivan has enjoyed the isolation afforded to him while making the record - in the paradisiacal Ruapuke region  - permitting him breathing room to not only create music but find tranquillity in his personal life; such as enjoy his homegrown vegetable garden and reconnecting with his adolescent love for surfing. His highlights from the past year haven't all been rooted in rural escapism however, with Quinlivan keen to emphasise the significance of holding physical copies of 'Solid Ground' and his preceding EP 'Season of the Emergence', also on Blu Mar Ten, in his hands.

"To have that double 12” package in my hands was quite surreal and incredibly validating," he says. "Being an older guy, a tune didn’t really exist until it was on vinyl, so digital releases are a great platform in terms of distribution and reach but having my own music ‘on wax’ was a goal since before I even really started producing."

He's intent on riding the crest of this wave; figuratively, with a new EP out in early May which will feature "four tracks of nice jazzy bits that range from big stompy halftime to laid back chill", as well as two tracks on Loxy's relaunched CX label; and literally, when the surf crowds die down with the approaching New Zealand winter.

Part of this wave is his DJ Mag Fresh Kicks, an "all RQ mix" comprising "older stuff that I am still very proud of and some very fresh unheard material too." With ominous breaks and dirging drones complementing spells of ambient levity, it's mesmeric; check it out below.

RQ will be releasing a new EP on Blu Mar Ten in May. Keep an eye on the label's Bandcamp for details. 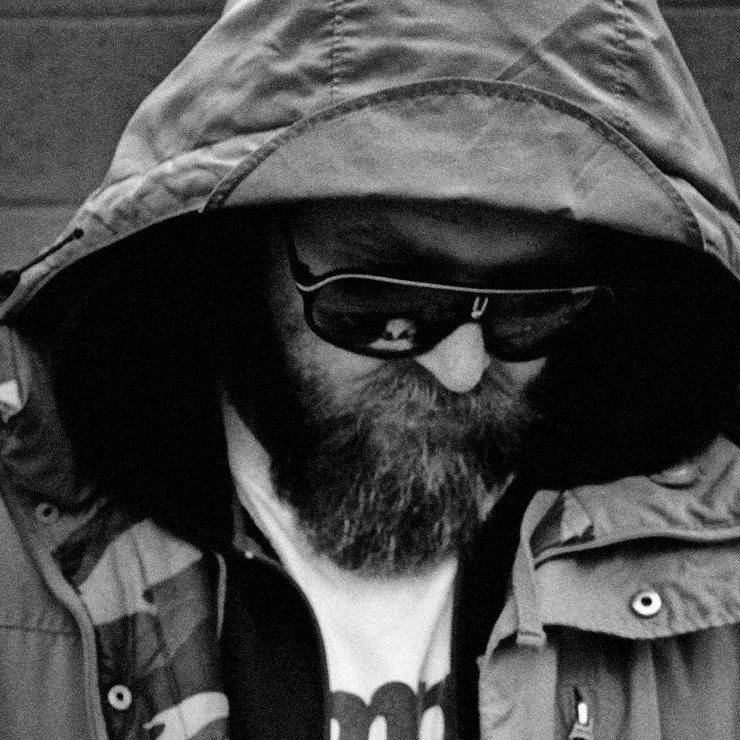 Last DJ set that blew your mind?
“The first time I saw Craze”

What's the best club you've played at?
“Base in Christchurch, now gone after the earthquakes”