Lamin Fofana’s music is reflective and complex, lucid and transportive, absorbing and beautifully abstract. More crucially though, for the Berlin-based Sierra Leonean artist and those who engage with his work, the music he creates is much more than a listening experience – it's a means of understanding and engaging with ideas of identity, migration, displacement and race through an artistic medium.

Growing up in Freetown, Sierra Leone, Fofana and his family fled to Guinea in the midst of the decade-long civil war of the ‘90s. In his early teens, he relocated to America, splitting his time between Alexandria, Virginia and Harlem, New York, all before relocating to Berlin in 2016. As he tells DJ Mag, the sense of displacement that came with his experience would go on to inform his experimental artistic approach.

“Escaping the war in Sierra Leone, the emotional pain and confusion, the horrors and nightmares of forced migration and being displaced and dropped into a culture you don't understand without much support,” he explains. “For many people, migration and moving is about losing things, people, places. There’s a lot of sadness to that.

“What happens when African people when we find ourselves in the West, in America or Europe?” he adds. “We are often in the margins, in the outskirts, or in the in-between spaces, where things are always in flux, nothing is permanent and we are forced to improvise, come up with new ways to relate to ourselves, to each other, and to the surrounding world. At this point our encounters with the world can no longer be easily explained by orthodox thinking. The condition compels us to experiment and create new concepts.” 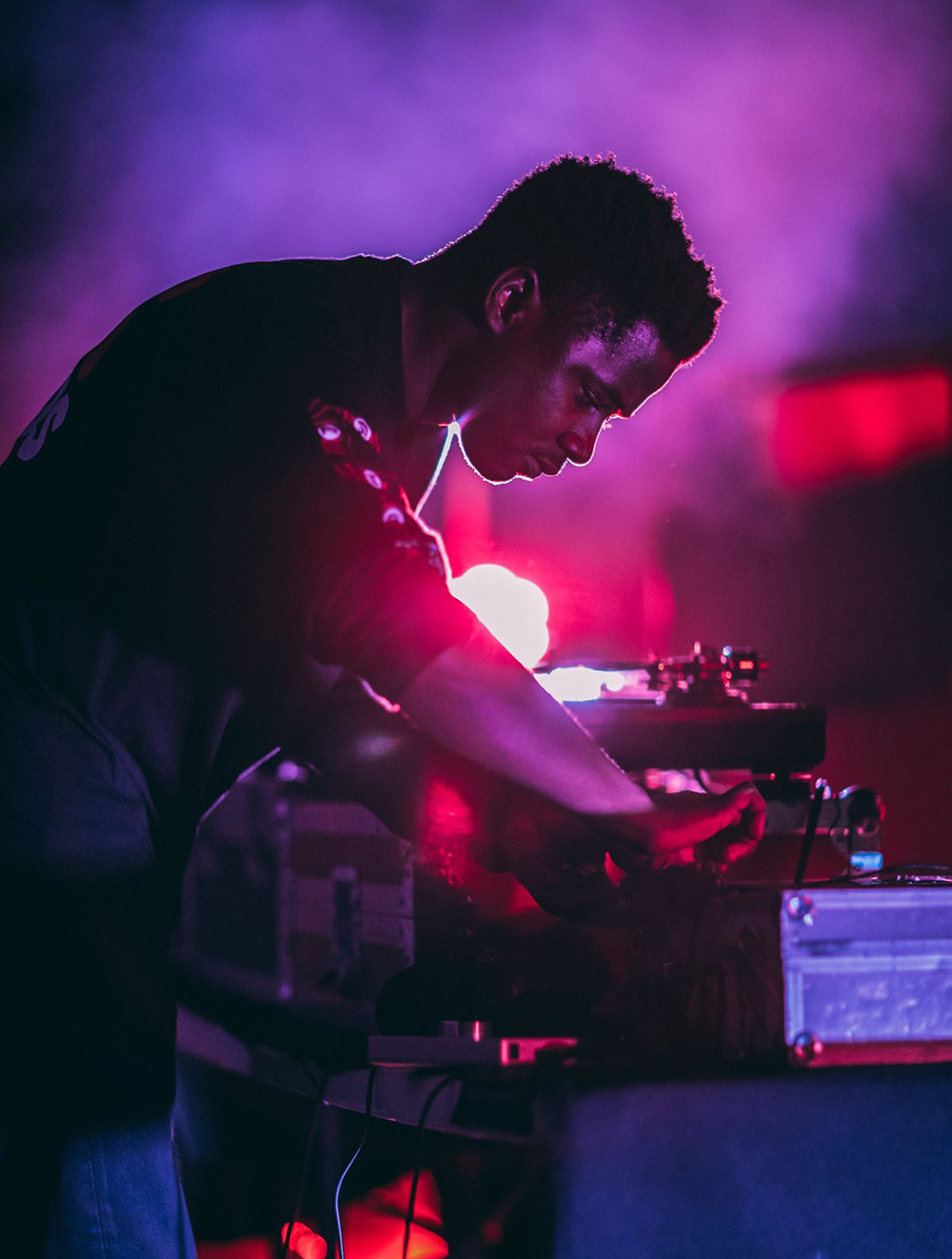 Sonically and stylistically too, Fofana explains, each place he has lived has informed the music he has loved and been influenced by and, subsequently, the art he has crafted himself, or released through his label, Sci Fi & Fantasy – on which Lotic released their phenomenal  ‘Sankofa / Glittering’ in 2013.

“[Growing] up in Freetown, Sierra Leone with most of my family from Guinea, it was a mixture of afropop, reggae, and rap music,” he says. “So it was Salif Keita, Youssou N’Dour and Alpha Blondy next to Culture, Bob Marley, Burning Spear next to Tupac, Biggie, Snoop and Dre. Electronic music was more on the periphery, occasionally finding its way to the centre.

“I remember seeing the music video for Carl Craig’s ‘Televised Green Smoke’ in 1997. I was 13 and that was a defining musical moment for me. Chilly, funky bassline and that beautiful blue melody that stays with you. It was with me for a long time. I also moved to the United States in my early teens. My family fled the civil war in Sierra Leone and I found myself splitting time between Alexandria, Virginia and Harlem, New York - two musically distinct places, but also overlapping regions at the time. The near South and the black mecca. About 15 or 16 I started producing using my parents records, looping and stitching samples. DJing came later about 19 or 20.”

As his production chops developed, so too did Fofana’s philosophical, theoretical and historically rooted studies and explorations of art, existing as a black person in the West and the discomfort of existing as a member of the diaspora. Naturally and necessarily, those aspects of his life merged, feeding directly into his creative output.

“Most of my work has been around black noise,” Fofana says. “Music not merely about music, but music as a tool to explore ideas, open up possibilities, or rather portals to new possibilities or ways of seeing things.  That is how I have approached my work for nearly a decade now. At the time I started working in this mode, I called it noir noir, but yeah it’s simply black noise. This concept of electronic music was handed to us by Juan Atkins, Derrick May, Jeff Mills, and Robert Hood. It was also articulated by Kodwo Eshun in his extraordinary book More Brilliant than the Sun. I take inspiration from them but where I go, it’s somewhere else.

“The Cameroonian philosopher Achille Mbembe said, ‘identity is not in the past to be found, but in the future to be constructed’,” Fofana adds. “I’ve lived in Berlin for three years and as a black African, I can say this Berlin is not like New York or London or Paris — those are African diasporic cities with more pronounced legacies of resistance. In certain spheres of whiteness, to be a black person, to be African is to be endangered. You are subjected to certain structures of dehumanization, racial domination and violence that if you’re not careful and resourceful it will incapacitate you to the point where your capacity to relate to the world collapses.”

In his two most recent albums – ‘Brancusi Sculpting Beyonce’ on Hundebiss Records and ‘Black Metamorphosis’ on Sci Fi & Fantasy – Fofana approaches these concepts with poise, intellect and stunning musical prowess, exploring the most engaging reaches of ambience, experimental electronics and beats in a way that is both visceral and considered.

“Both projects are reflections of me coming across new knowledge,” he says. “New bodies of thought compelling me to rethink things. Sylvia Wynter and Hortense Spillers produced works in the second half the 20th century and in 21st reflecting on the paradoxical conundrum of the black person in the Western world. Black Metamorphosis in particular is me attempting to transmute my interpretation of some of these ideas, which I find deeply inspiring and illuminating of my own experience.”

Lamin Fofana’s Fresh Kicks takes a different sonic path to that of ‘Brancusi Sculpting Beyonce’ and  ‘Black Metamorphosis’, exchanging ambience for a club rhythms. It’s a mesmerising 70-minute trip of rolling, reflective techno and percussive, bassy minimalism that, despite its urgency and heft, feels purposeful.

“I knew I wanted to open the mix with ‘Wandering Endlessly’ by Robert Hood,” Fofana explains,. “There’s some stuff here that’s raw and undiluted and I wanted to keep it that way with minor modulation, and then some stuff I’m completely reckless with. I’ve been kind of exiled from clubland, only playing a few club shows the last few months. I’ve also been working on these heady, emotional beatless projects, so some of it sipped into the cracks.”

Looking to the future, Fofana says that there is new music on the way, as well as gallery-based installations and performances. Lately though, he’s just been taking in the passage of time and allowing all that it brings to simply be.

“I’ve had the pleasure to travel to some unexpected places and share music with receptive people. It’s all a blur,” he concludes. “I can say some of June’s highlights include playing in the ruins of a church that was built in 1250, waking up from a nap with my son to Ellington’s “Fleurette Africaine”, meeting Fred Moten, things like that.” 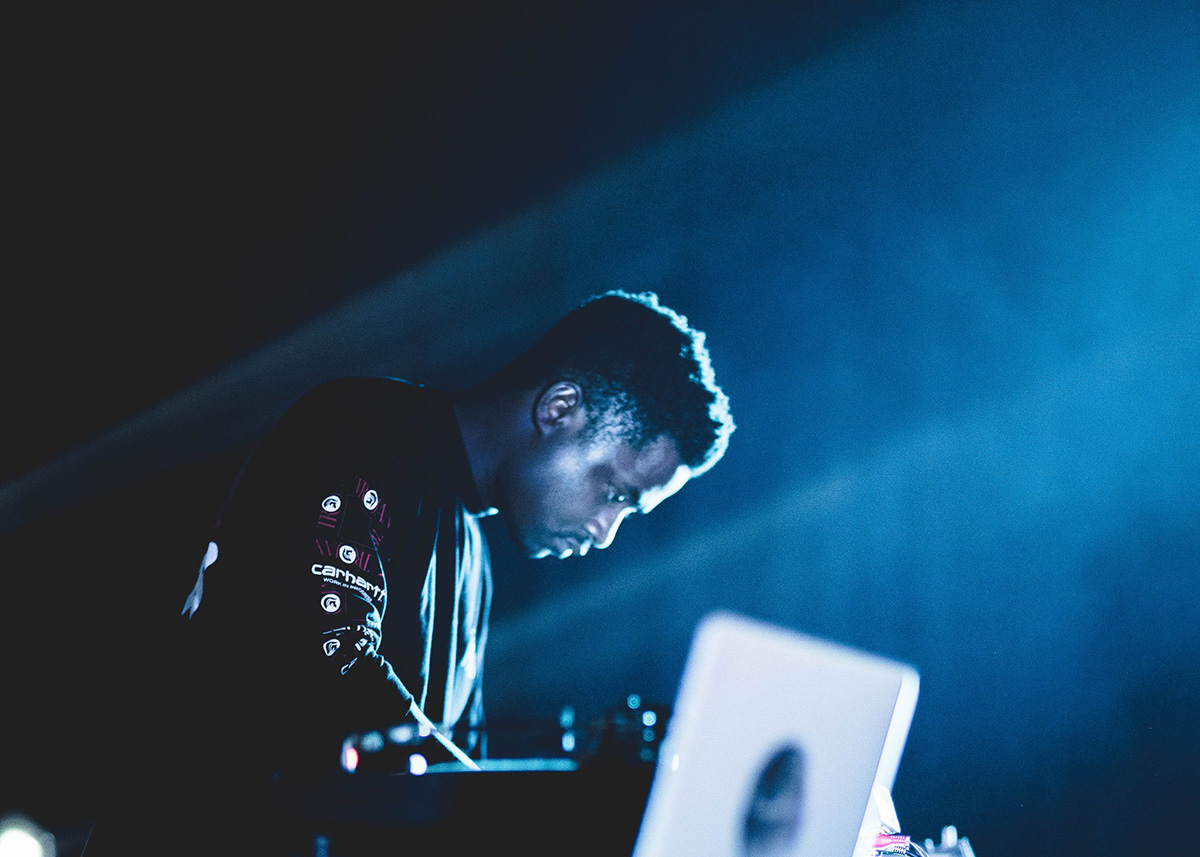 Last track that blew your mind?
“It’s between Freddie Gibbs & Madlib's “Flat Tummy Tea” or Moodymann’s “Got Me Coming Back Rite Now”

What record is top of your wishlist?
“The list is too long”

Want more? Check out our ercent Fresh Kicks mixes with Nazira and Pépe...