Emerging UK bass and techno producer Yak has been tipped by the likes of Martyn, Call Super, Laurel Halo and Midland  for his percussive club heaters. We catch up with the ambitious artist who steps up with a kinetic 60-minute mix...

Last year, Sheffield-based producer Yak dropped a track that, unbeknownst to him, would end up being picked up by some of the most revered DJs on the circuit. ‘Mido’, an agile and propulsive techno-heater released on Orson’s Version imprint, had all the off-kilter verve of releases found on Hessle Audio and Timedance but wielded enough immediacy and percussive heft to slot comfortably into any set it found itself in. Support was huge, with the track being picked up by the likes of Hunee, Joy Orbison, Midland, Objekt, Peggy Gou, Laurel Halo, Simian Mobile Disco, Martyn, Paul Woolford and Peverelist to name but a few.

“I definitely knew it was a special track because I didn't really play many of my own tracks in my sets around the time I made it,” he tells DJ Mag now. “But I ended up playing ‘Mido’ in pretty much every set and the reaction was always great. Having said that, the reaction it received once it was released was still way more than I'd ever anticipated. It's so exciting to me that it reached such a variety of DJs and scenes.”

Yak – real name John Randall – cut his teeth on the Sheffield scene over the past few years, co-founding the Pretty Pretty Good club night with Dan Sumner AKA Kudan in 2015, eventually stepping down from his organisational role and leaning into a residency. He soon found himself playing regularly at the city's finest, Hope Works.

Production-wise, he’s been quietly prolific too, and has been honing a distinctly skewed techno, dub and bass sound with formidable results.

“I had my first release in 2016 on Circular Jaw and have had releases on such labels as Tessier-Ashpool recordings, Brotherhood Soundsystem, Version, Black Beacon Sound and Le Chatroom,” he explains. “The music I make is always underlaid with a strong percussive foundation first and foremost, as I think interesting and groovy percussion makes the difference between a track that's cool to listen to and a track that makes you move your body without thinking about it.

“I listen to as much different music as I can covering all sorts of genres and always try and combine my influences as much as I can,” he adds. “I hate the idea of trying to produce a song in a specific genre because it feels like I'm already restricting myself to a sound that's already established and has been done before. I like to reflect this in my sets too, I always try to cover a wide variety of sounds, genres and tempos across the course of a set.”

Having since moved back to his home of Surrey, Yak has a lot lined up in the near future. “I've got a couple of releases coming out before the end of this year,” he says. “And I'm also working on three other EPs with really exciting labels, but unfortunately I can't say much about them right now as none of them have been announced yet - keep your eyes on on my Soundcloud for those! I'm currently sat on over 50 unreleased tunes at the moment, so would love to get more of those out in future.”

With all that as well as gigs lined up in Manchester, Sheffield and London in the very near future – details of which can be found on his Facebook page – it felt like the right time to grab Yak for a mix as part of our Fresh Kicks series. Serving up an hour hammering club-cuts by the likes of Martyn, Meta, Circa 900 and himself, this is one to put on loop. Have a listen below and read our Q&A with one of the UK’s most exciting producers. 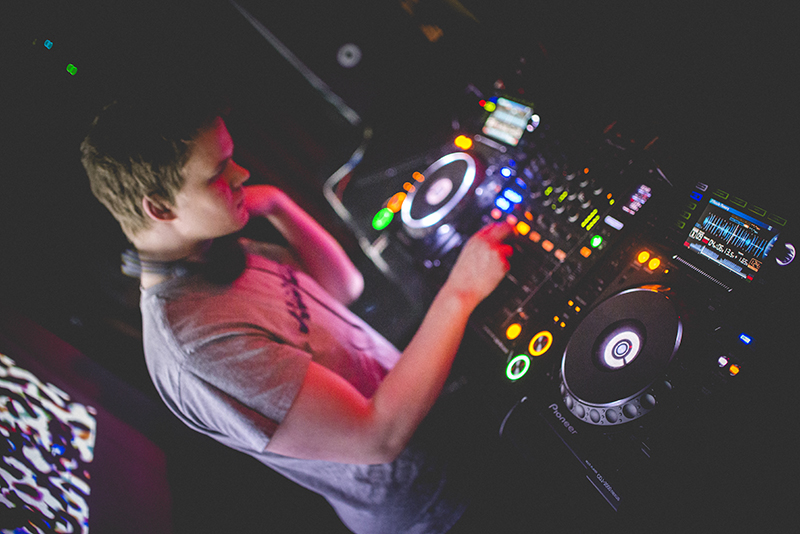 Last album you listened to in full?
“Martyn's ‘Voids’ on Ostgut Ton, it's so good!”

Last DJ that blew your mind?
“The first name that always comes to mind for this is Objekt, he blew me away the first time I saw him and he seems to get better every time!”

Favourite track of the year so far?
“Djrum ‘Sex’ off his new album on R&S. It’s such an epic track.”

Favourite producer?
“This changes pretty frequently but right now I'd say it's probably Piezo, his tracks always bang but have real character to them too.”

What record is top of your wishlist?
Leif ‘Taraxacum’

What's the best club you've played at?
“I'm a big fan of intimate spaces so the Mesters room at HopeWorks in Sheffield is always really fun. Ohm in Berlin was also such a cool venue so I'd say it's probably a toss up between the two.”

What's your proudest moment as an artist?
“Seeing videos of my tracks being played in different clubs overseas is always such a proud moment for me but in terms of a specific moment, one that sticks in my mind is when we had Loefah & Chunky down for one of our Pretty Pretty Good parties in 2016. Loefah spun Mido, it got a wheelback and then Chunky got me onstage for a big up. I've always been a massive Swamp 81 fan and they were one of my biggest influences early on so this was such a sick moment for me, I was buzzing for weeks afterwards!”

Tell us a joke...
“Why did the farmer fire the DJ? Because he kept on dropping beets... I'll see myself out.”

Eoin Murray is DJ Mag's digital staff writer. You can find him on Twitter @eoin_murraye.