On the grounds of Sparkford Hall, a Georgian manor in Somerset, this 400 cap festival thrives in its third outing with a carefully curated line-up, an impressive array of visual art and a stunning pastoral backdrop. With unforgettable sets from DJ Bus Replacement Service, Teki Latex, DEBONAIR, Otim Alpha, Kampire and more, KALLIDA has set itself apart, and solidified its status as one of the UK's most exciting small festivals

Plenty of festivals pride themselves on their laid-back atmosphere and sense of intimacy. Few, if any, pull it off quite like KALLIDA. Taking place on the picturesque manor grounds of Sparkford Hall, Somerset, this 400 cap house party reimagines what a small festival can be, setting itself apart from the pack with a line-up that joyfully balances everything from east African electronics, contemporary jazz and reggae with radiant club music, percussive techno, jungle, and more sizzling pop mutations than you ever knew you needed.

Set next to open fields of grazing sheep – and a few very chill llamas – KALLIDA’s main tent is an idyllic open-plan stage for daytime lounging and electrifying live sets throughout the weekend. On Friday, Zeeni, JR Joseph, Morriarchi and LayFullStop set the tone with intoxicating hip-hop and dub, before Hot Casa affiliates DjeuhDjoah & Lieutenant Nicholson elevate the mood further with their irresistible electronic funk and soulful vocal hooks.

Throughout the gloriously sunny weekend, the main tent sees foggy-headed festival-goers reclining on cushions to chilled out DJ a live sets from the likes of marimba band Otto & The Mutapa Calling, post-rock outfit Longlegged Creatures, Friendly Fire Band and soundsystem legend Aba Shanti-I. The stage plays host to some of the most memorable sets of the weekend, including a radiant Sunday closing performance from London spiritual jazz six-piece, Maisha, featuring bandleader and drummer Jake Long and Nubya Garcia on Saxaphone and flute.

On Saturday night, Uganda’s Nyege Nyege affiliate Otim Alpha and his band deliver an unforgettable set of rousing and electrified Acholi Larakaraka weddings songs to a rapturous crowd. With a raft of audience participation and ecstatic energy, Otim’s performance feels as celebratory as any wedding, and gets everyone more than warmed up enough for a full night of raving in the manor itself. 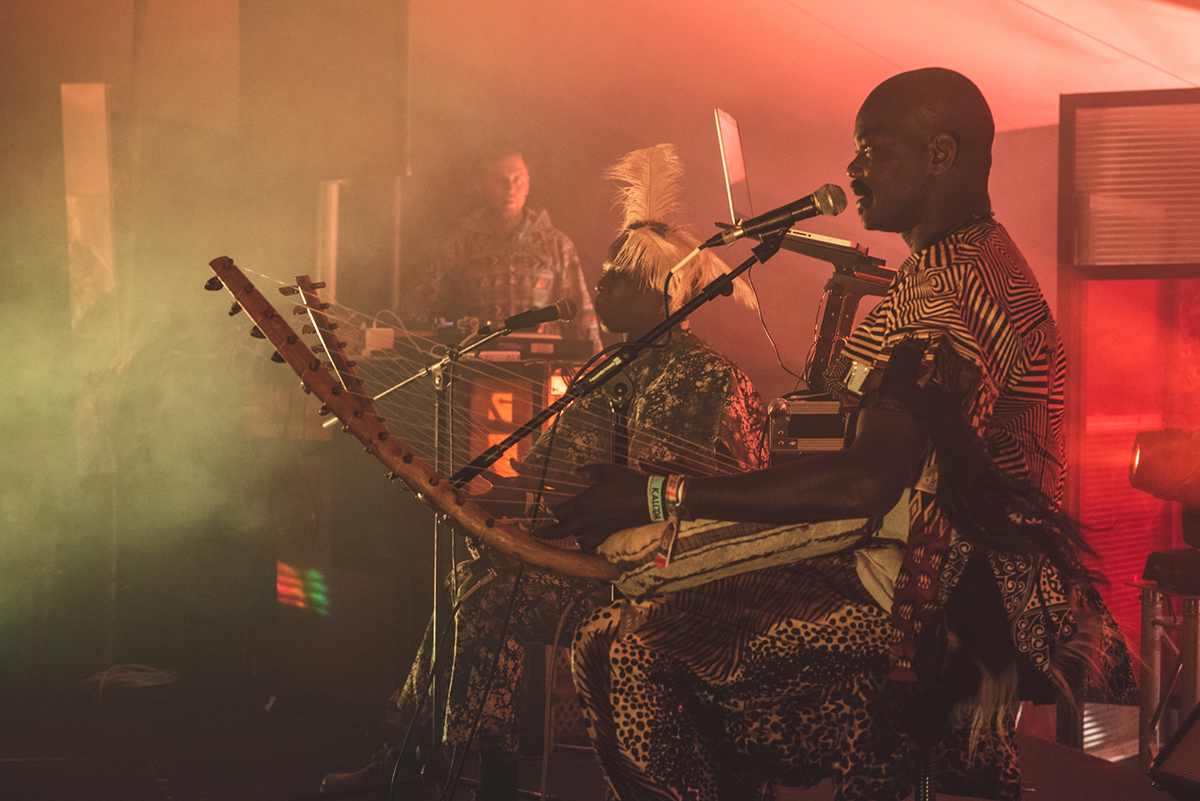 Spread between the massive house’s ground floor ballroom and a gritty, exposed-brick basement, each night of KALLIDA feels like the rowdiest, most surreal gaff party you’ve ever been to multiplied by ten. Friday night finds Joy Orbison, DEBONAIR and recent DJ Mag Fresh Kicks selector Yak hammering out hard drum, acid techno, electro and UK club in the main room, while Parisian party-starter Teki Latex serves up a deliriously fun mix of ghetto house, pop and frenetic beats from the caged boothe in the middle of the cellar.

Saturday night finds London’s More Time curating a drum-heavy party on the ground floor, with the label’s Ahadadream and SNØW starting things with a bang ahead of recent DJ Mag interviewee and DJ extraordinaire, Kampire. In the sweltering basement, meanwhile, the unparalleled DJ Bus Replacement Service tones down her usual penchant for comedic sampling – slightly – and dishes out a frenzied set of fast-paced techno, hardcore and donk, leaving everyone in the room sweating with stupid smiles across their faces. 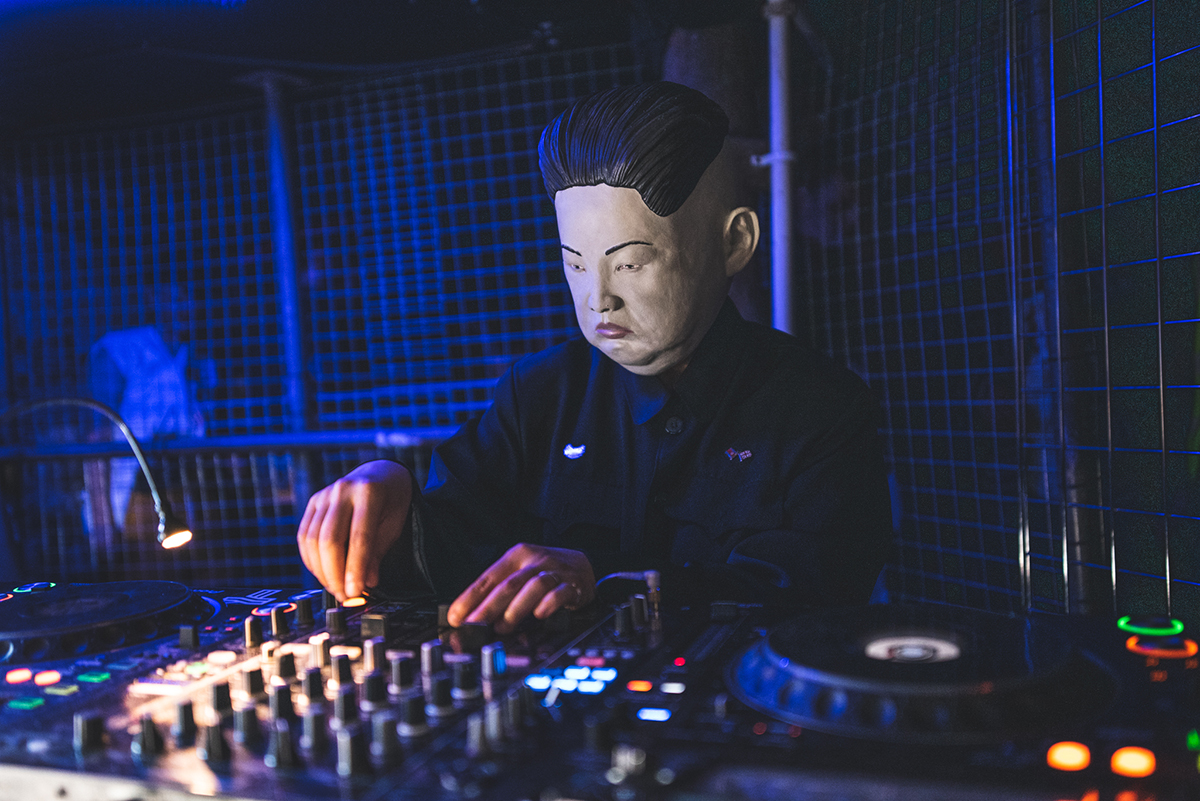 The silliness continues into Sunday afternoon with a pool party hosted by Colder Tech Support  – *ahem* Colder Tech Resort. Playing everything from Four Tet’s ‘Only Human’ and Kylie’s ‘Can’t Get You Out Of My Head’ to AYA FKA LOFT’s Salford girls club flip of Ariana Grande’s ‘thank u, next’ and Natalie Imbruglia’s ‘Torn’, it’s a testament to the total lack of pretension at play at KALLIDA, and to the sense of uninhibited fun that more festivals would do well to take note of.

Festivities draw to a close on Sunday night with Martha, Fauzia, Sully and 2BadMice supplying enough breaks and heaving bass to see everyone through with a final, frantic push. Stumbling away from the house, past the carefully curated visual art installations and the sheep, it’s hard not to feel nourished by the weekend of diverse sounds, friendly faces and quaint surroundings. On its third edition – and first in its new Somerset home – KALLIDA’s crew throw a party that none in attendance will be forgetting any time soon, and one that sets a new foundation for how small festivals can and should be run.