A new London club night No ID, aims to spotlight South Asian DJs and artists. DJ Mag visited the party's first edition at Peckham's Rye Wax to meet founder Ahad Elley AKA Ahadadream and DJs Nabihah Iqbal, Naina and Noudle in order to learn why such an event is long overdue, and what its significance could be for London's young, South Asian selectors and musicians...

“When I rack my brain to think of famous South Asian names in mainstream music,”  says Nabihah Iqbal, “the only two I can think of would be MIA and Zayn Malik. That’s it.” Sitting outside of Peckham’s Rye Wax, Iqbal is about to DJ at the first edition of No ID, a new party created by More Time Records founder and DJ Ahad Elley, better known as Ahadadream. “For me,” she continues, “that’s quite shocking considering the history of the South Asian diaspora, especially the fact that we have always been involved in the arts and music.”

When she starts playing, Iqbal spins Bollywood bangers, soulful disco and funk before ending her set with slippery-bass music that gets the milling crowd on their feet. Initially sprawled over the couches and chairs in Rye Wax, the audience - mostly South Asian, mostly young - have started mingling, and it feels like threads of the South Asian diaspora in London are coming together to create a fully formed unit.

“I just felt like there wasn’t anything like this at all,” Ahad Elley tells DJ Mag an hour before No ID kicks off. “You’ve got some platforms where you can play British Asian music, but I noticed that there were a lot of [South Asian] people doing great things and a lot of different things, so I thought it would be great to have everyone under the same roof.” No ID is from the top-down fully South Asian, with even the poster design and logo created by Amad Ilyas, a Pakistani designer and art director based in New York City. On the night, the line-up consists of radio presenter and DJ Naina playing b2b alongside percussion-led sounds of Ahadadream before Noudle, a sound engineer, radio host and DJ takes over. Nabihah Iqbal, whose Ninja Tune album ‘Weighing Of The Heart’ ranked No.4 in our top albums of 2018, rounds off the bill a typically versatile and electrifying set.

It was, in fact, a party Iqbal hosted at Five Miles at the end of 2017 that was the initial inspiration for No ID. Playing alongisde selectors including Anu [Rhythm Section/NTS] and Manara [Rinse FM], Iqbal's party featured a line-up comprised entirely of Asian DJs, something she had never experienced before in the context of the capital's club scene. “I’ve been going out in London since I was 13,” Iqbal explains, “and it was the first time I had seen a bill with 100% Asian names not playing the kind of quintessential Asian music.” 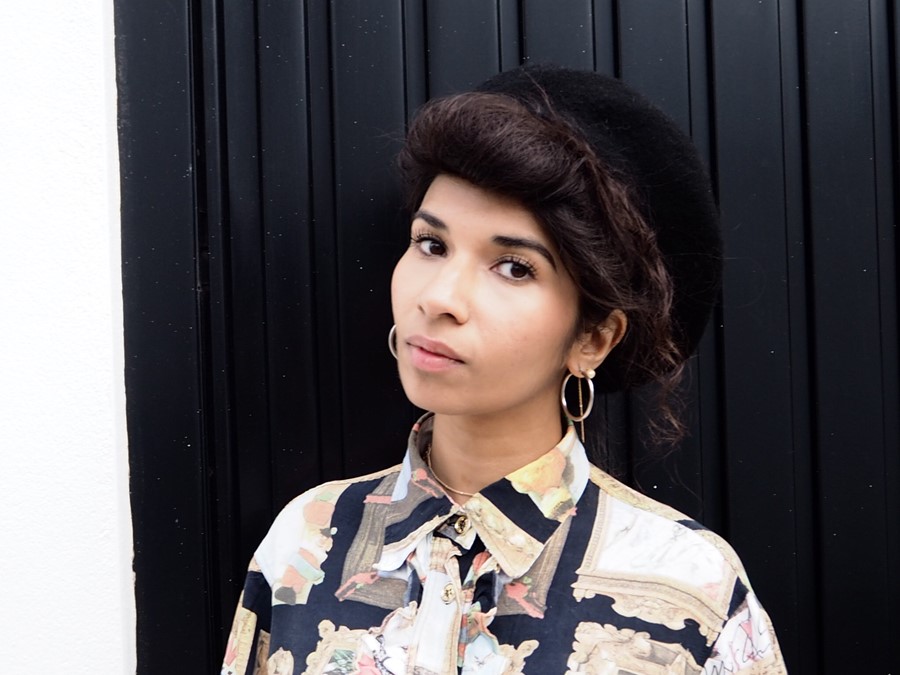 “[No ID] is a great opportunity,” No ID resident Naina says excitedly after her set finishes. “All the people on the line-up tonight are amazing DJs and all have their own sound.”

But the party doesn’t just feel like an out and out club night. Rather, it sounds and feels like a chance for sonic experimentation; a place for brown, South Asian DJs to feel comfortable playing whatever they want without any judgement whatsoever. “Sometimes, when you’re a club DJ, you play all this stuff out but you never listen to it at home. I got an opportunity tonight to play what I listen to at home, which was really nice,” Naina explains.

“I wanted to launch it on a Wednesday,” Elley explains, “because there’s no pressure then. A Wednesday from 6 to 11 pm is relaxed.” This shines through in the party’s reception within the crowd. The night leans towards artists showcasing their taste rather than pandering to an audience and, at times it feels more like a giant family gathering. A lot of people seem to know one another, while others are meeting for the first-time as Internet acquaintances converge IRL. Ultimately, it seems, everybody is connected on some way through just a few degrees of separation.

“It’s there, you know” Naina answers when asked about representation in the diaspora. “It lives and it’s strong. It’s so nice to have a showcase because if you don’t know, now you know that it’s there. There’s an amazing collective of artists and musicians out there.”

Iqbal reiterates Naina’s sentiments stating, “For us to do this... It means our parents would have had to do their thing, which already holds testament to the fact that there is room for progress and movement and diversification. It’s good to remember those things rather than dwelling about the negative aspects and moaning. At the end of the day, that will never get you anywhere.”

“I want to see [many] more brown artists,” Elley says. “I get extra excited when I realise someone in the creative industry is of a similar background as me.”

If nights like this are going to encourage more conversation, that's a small step towards creating equal footing within the industry, and even though Elley states that No ID is an “experiment”, it’s taken off positively. "I've been so overwhelmed by the reaction," Ahad quips, "especially young artists messaging me and being like, 'this is a great idea.'" 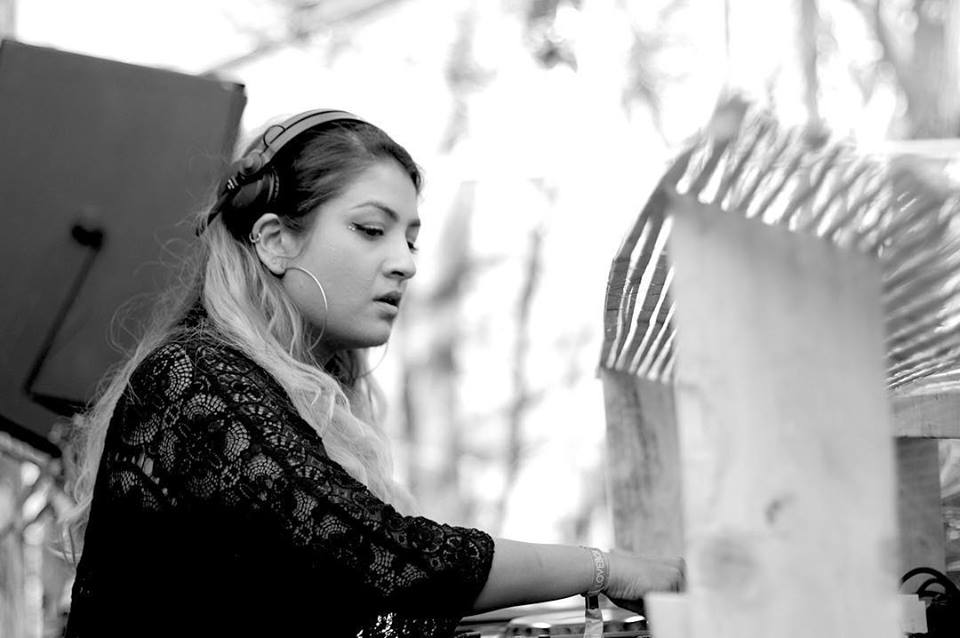 Representation is still low-hanging fruit, though, in the conversation surrounding progress for the South Asian community. But Elley hopes that one small step goes a long way.

“I just hope that there are more and more people who, when growing up, don’t think they have to go down the academic route as a sign of success.” Noudle agrees. “Moving forward, there needs to not be such a pressure on people wanting to do things. If you love music, just do it. If you love something, just do it. We are at a time now where people can look up to other role models and move forward. Be yourself, represent who you are and where you come from and then people will naturally respect your work.”

With a view to taking place as a monthly event, No ID already has plans locked in for two forthcoming events in The Glove That Fits, Hackney and at Grow, Hackney Wick. No ID already has momentum behind it, and though the future of the party remains largely unplanned , these baby steps already go a long way in showcasing to the world how South Asian artists should be represented. 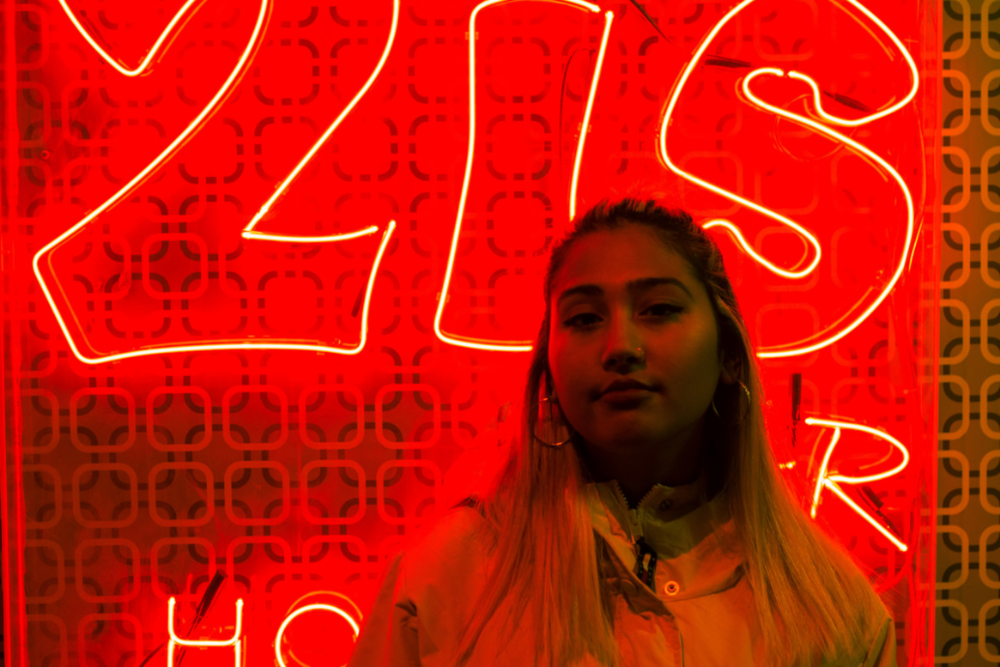 Ahad wants to keep treating these nights as an experiment though. While there is a desire to bring artists from South Asia over, or take the party to India to play at festivals like Magnetic Fields, the initial reaction from the first parties will end up being more important. And when it comes to representation, he just wants to ensure that parties like this help to create equal footing: "I want all this British-Asian talent from London on one platform so the next generation of kids can be inspired- which is something I lacked growing up."

The next edition of No ID takes place on 26th April in The Glove That Fits, Hackney. Sets on the night will come from Zha, R O S H, SUCHI, Angel & Last and residents Ahadadream and Naina. Tickets for the even are available here. Find No ID on Instagram and Facebook. 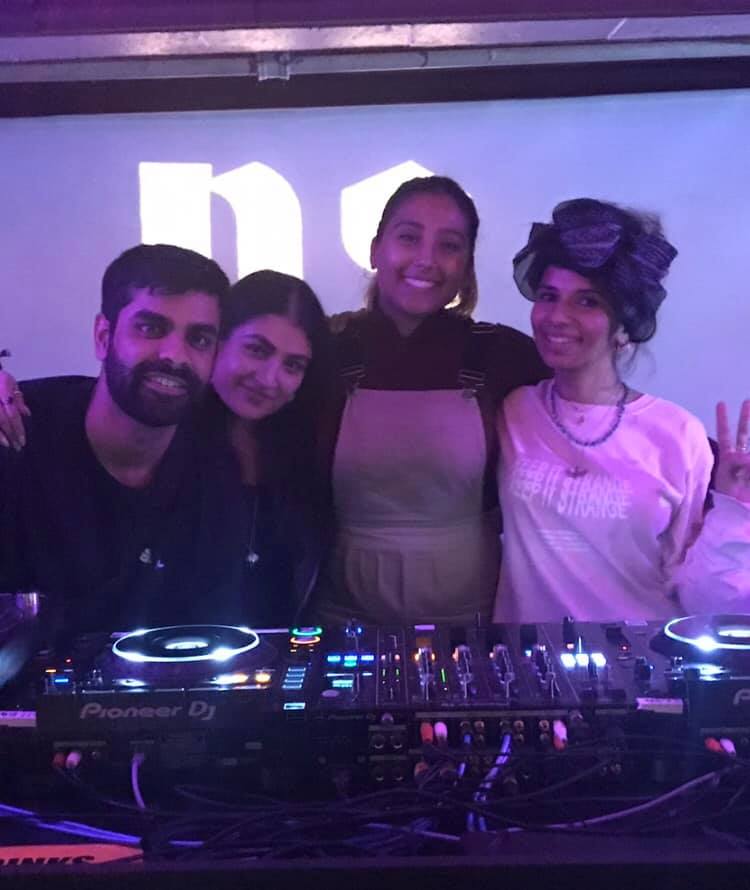