Recognise is DJ Mag's monthly mix series, introducing artists we love that are bursting onto the global electronic music circuit. This month, we catch up with London-based DJ/producer Basic Rhythm — whose third LP 'On The Threshold' landed on Planet Mu in May — to talk about the pitfalls of nostalgia, the commodification of club music and addressing the under-representation of working class artists...

Nostalgia, it’s not what it used to be. So goes the joke, which also happens to be true: nostalgia originally meant a longing for home, not a past period in time. But as its backward-looking allure of simpler times motivates everything from Brexit to the cyclical revival of musical trends, Anthoney J Hart, aka Basic Rhythm, is instead attempting to push things forward.

‘On The Threshold’, his third Basic Rhythm album for Planet Mu, serves up plenty of influences from a youth spent obsessing over pirate stations, like Unity 88.4 and Pulse 90.6, then DJing on them, his teenage love of hardcore leading to weekly trips to Boogie Times Records, Essex home of iconic label Suburban Base.

With an insider’s knowledge, he gives the vocal and title of One II One’s ‘I Want You’ a glitchy, new cybernetic wiggle, while the tech-step bass and moody shuffles of ‘The Light’ use a Caron Wheeler vocal rolled out by Cosmo & Dibs in 1991. Despite this rich historical vein though, also documented in a series of ‘Straight From the Bedroom’ mixes delving into his ‘90s record collection, the rhythms underpinning the tracks are unquestionably forward-facing.

“There’s one rule I immediately made, which is don’t use a breakbeat,” says Anthoney on the project’s 2016 roots when we Skype him at his Essex home. “I’m using contemporary drum pattern and rhythms, drawing as much influence from Scratcha DVA, Mickey Pearce, Gage and Cassius Select as I am old Alex Reece, Potential Badboy or Wax Doctor tunes.” 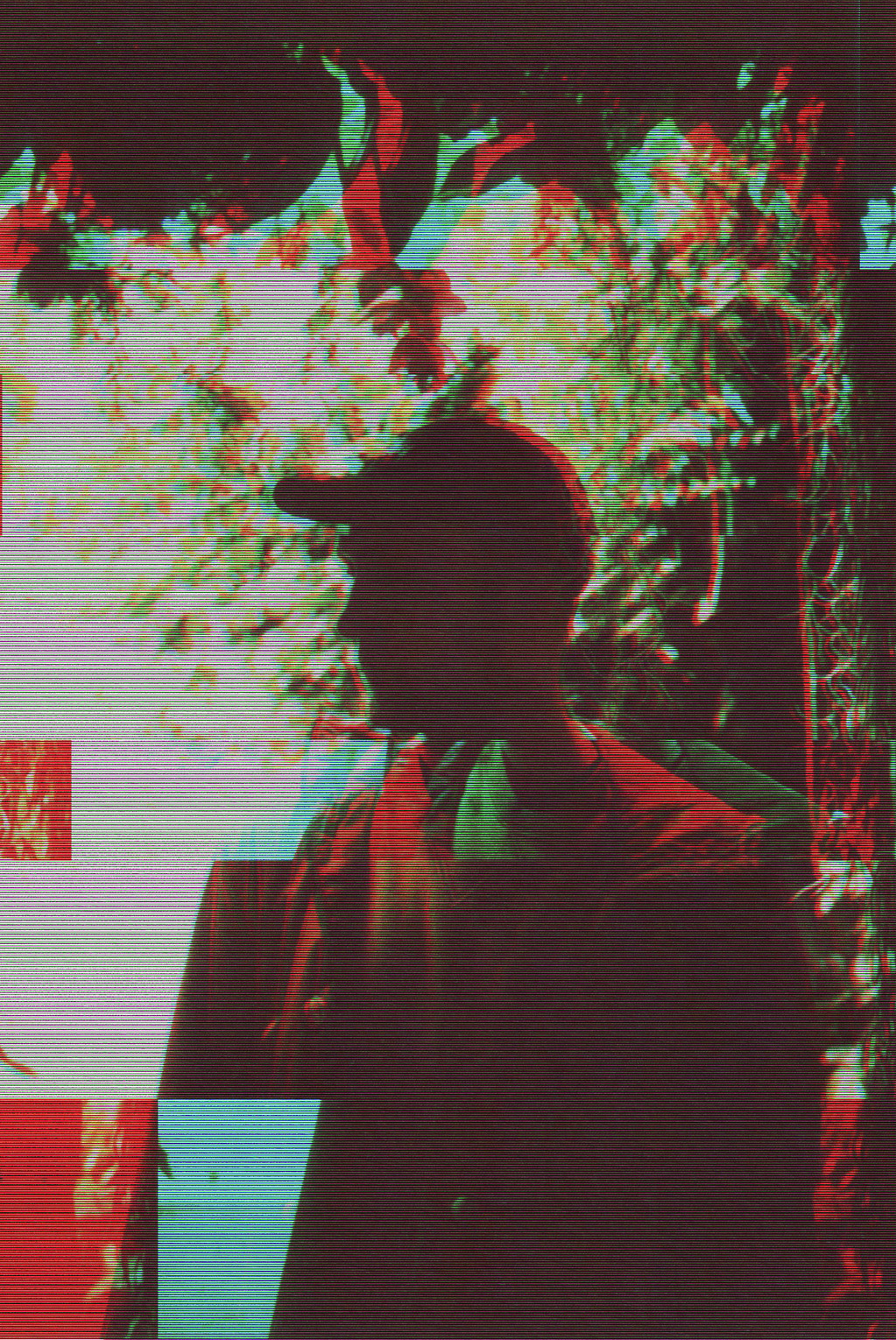 “The demographic has changed for club music. Working class kids can’t afford to get in so they listen to drill and make YouTube videos in the hope they’ll pop off, make a bit of money and better their lives. The rest has been largely co-opted by the middle classes”

It’s this sense of a continuum, tracing a trajectory from a ground zero of sorts into the future, looking back, but with a view to moving on, that motivates Basic Rhythm. It’s a mood encapsulated in the album’s title, a liminal state between what’s gone and a new dawn. “Kids talk about hardcore being the last great movement,” he says, explaining the reality of this now rose-tinted era included the poll tax riots and the Criminal Justice Bill of 1994, which put an end to big outdoor raves like Fantasia. The ethos of the time, he points out, was to create the sound of the future with the technology available “They talk about dubstep in the same way. Maybe it’s because you’re not making a new scene and investing in it now.”

Born in Hastings in 1979, a town he characterises as “heroin and Hell’s Angels,” he’d moved around 60 times by the time he was 11 and living in London. Growing up in a mixed race, working class family, it was his older brother Barry, living with his grandparents and helping put on warehouse raves, who sent Anthoney’s sister ‘Da Mix’, a tape featuring anthems like Sonz Of A Loop Da Loop Era’s ‘Far Out’ and 4 Hero’s ‘Mr Kirk’s Nightmare’. Stealing it and listening to it in his headphones, it opened his ears to an alluring, alien world.

His own pirate radio career began on Force, which had the same management as Unity, the first station he’d listened to, before graduating to Rude FM, where he stayed until stopping regular radio around 2003. D&B, where he’d followed the BPMs as they got faster, was by then too macho and brutal. “It was just boys with backpacks jumping around,” he remembers, “It lost its roots in funk, soul and Caribbean influences, and became too self-referential.”

Basic Rhythm transposed the desire to create new forms onto the sound palette of his youth. In a progressive period, however, when the electronic music press is addressing issues of gender and sexuality, Anthoney is keen to discuss another topic that’s just being touched upon: “My bugbear is class.”

“The demographic has changed for club music,” he observes, explaining he feels increasingly disconnected from live audiences of almost uniformly white Supreme-wearing kids pulling gun fingers. “Working class kids can’t afford to get in so they listen to drill and make YouTube videos in the hope they’ll pop off, make a bit of money and better their lives. The rest has been largely co-opted by the middle classes.”

He compares his past experiences, where pirate radio DJs would risk arrest to play music and gunshots could be heard at clubs like Telepathy, to a generation of DJs now offended by somebody rewinding their tune. Pirate radio was an alternative to the mainstream, he says, “you were anonymous, nobody gave a fuck who you were. You just played tunes. They loved you as a DJ but they didn’t know what you looked like.” The advent of social media has changed this, new artists now just vying to replace those already in the system.

He concedes this is because it’s much harder financially. With little money available other than via corporate sponsorship or art’s council funding, scenes and sounds are forced into a neo-liberal system that commodifies them. One promoter of a recent soundclash, he says, complained about the content of the MCs’ lyrics. “Don’t co-opt a scene, then beige it up.” 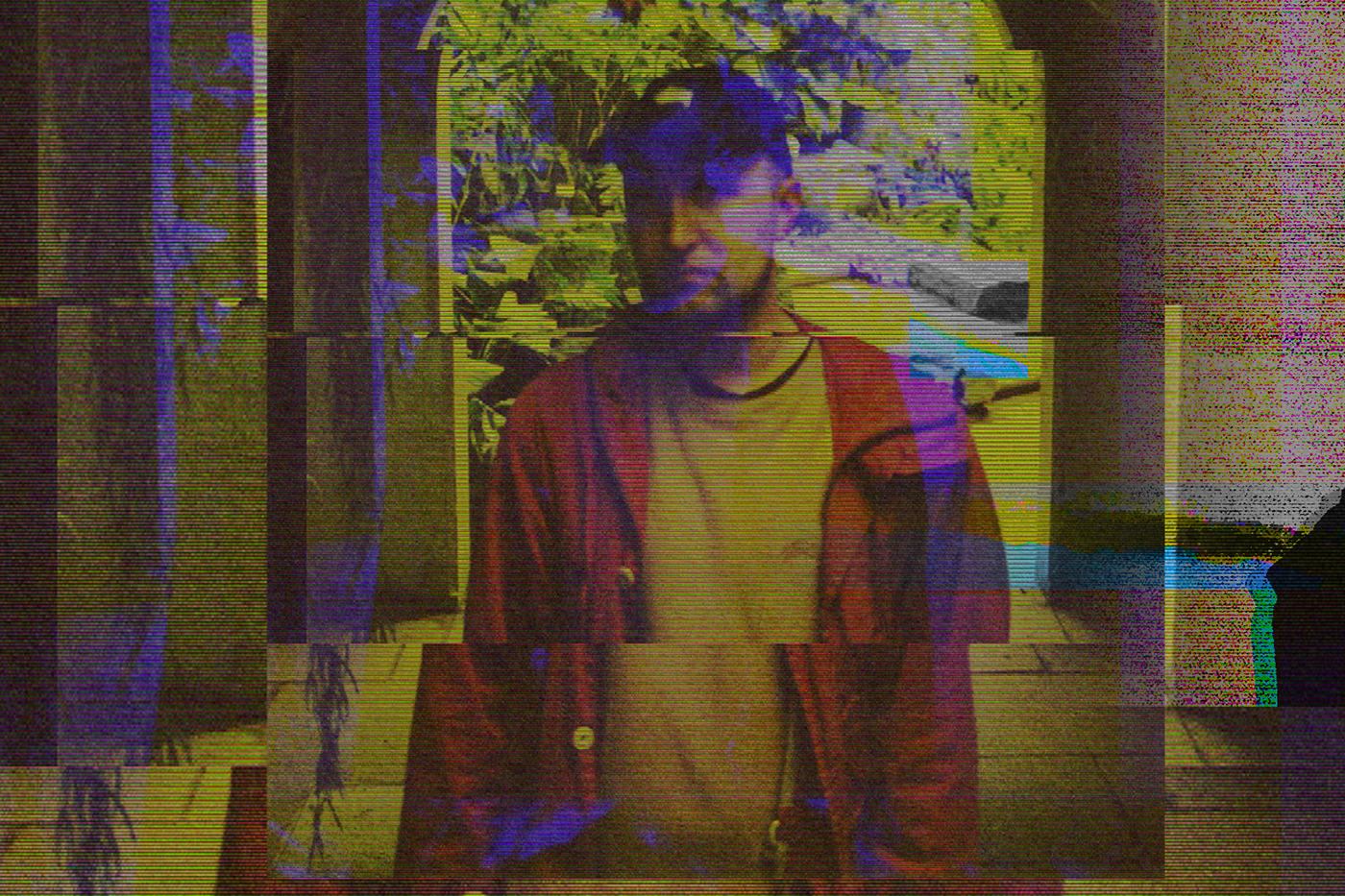 “Today’s young people are excluded and marginalised, confined and criminalised, yet they remain at the heart of the vital, energetic beat of our city”

If Basic Rhythm is what he calls his “frivolous and lighthearted” outlet, then his East Man moniker, which launched with 2018’s MC-led album ‘Red, White & Zero’ (also on Planet Mu), is an explicit readdressing of this under-representation of working-class culture.

Built around “steely, skeletal beats” inspired by grime, but self-referred to as ‘hi tech’ to acknowledge an originally outsider sound palette also taking in D&B and techno, ‘Red, White & Zero’ features a cast of guest vocalists including Killa P, Darkos Strife and Saint P. “They really are saying something, they’re not just party MCs,” he explains on why he hit them up, this musical and lyrical weight underlined by inlay notes from friend, academic and theorist Paul Gilroy, who points out: “Today’s young people are excluded and marginalised, confined and criminalised, yet they remain at the heart of the vital, energetic beat of our city.”

With a joint East Man/Walton 12” coming on his own Hi Tek Records, the next East Man album is already underway, featuring the likes of Vision Crew and Streamer. There’s also the enticing prospect of a Grandmixxer collab. Basic Rhythm, meanwhile, yields further EPs on Sneaker Social Club and Planet Mu, the latter with an RP Boo remix — something Anthoney requested from label boss Mike Paradinas as an almost impossible to get joke, but ended in a track he predicts everyone will play over his own. “Footwork and hardcore both have the same roots in Chicago house,” he adds. “They have the same manic, chaotic energy and vibe, a shared history that’s evolved in different directions.”

There’s even the prospect of a book with the working title ‘Round My Way’, a look at working-class identity via the prism of Anthoney’s multi-ethnic family, a venture that was suggested by Paul Gilroy.

It’s a huge outpouring of creative energy, yet there’s always the hovering spectre of a “financially insecure” profession that threatens those with nothing to fall back on. With little desire for fame, his plan is to get a “normal job” to relieve the constant burden of making a living from music. “Don’t expect anything and don’t want anything,” is the hardened ethos he’s developed and drives his increasingly distinct vision. “Just do it because you love it. Otherwise, you set yourself up for a fall.”

Listen to Basic Rhythm’s Recognise mix below, and check out the tracklist below the stream.