DJ Mag's new Solid Gold series revisits and examines the ongoing significance and influence of electronic albums throughout history. In this month's edition, to mark the release of his eagerly anticipated 'Collapse' EP, Ben Murphy explores the ongoing impact of Aphex Twin's ‘Selected Ambient Works 85-92’. A seminal record in the IDM, ambient and experimental canon, this one is a must-have in any self-respecting collector's crate...

‘Selected Ambient Works 85-92’ was the creation of the fevered imagination and unique musical mind of Richard D James, an artist who’s gone under a huge number of monikers but who is most infamous as Aphex Twin. Released in 1992 on R&S ambient subsidiary Apollo Records, it’s an album that remains a constant muse for experimental and mainstream musicians alike. From this record sprang the IDM genre (and Aphex Twin’s preferred term “braindance”), and a freeform attitude to electronic music that’s become prevalent again in the last few years, as genre becomes increasingly meaningless and dance music yearns for the fluidity of the past. Inspiring everyone from Machinedrum to Radiohead, Björk to Kanye West and Daniel Avery to Paul White, Aphex Twin’s first album is a touchstone that, unlike many other records of its era, has barely dated at all.

Aphex Twin’s back-catalogue is vast, and encompasses delicate classical (‘Aisatsana’ or ‘Avril 14th’, as sampled by Kanye), brutally noisy drum & bass (‘Come To Daddy’), industrial hip-hop (‘Ventolin’), queasy techno breaks (‘180db [130]’, even mellow Mr Fingers-esque house (‘Laricheard’). His most famous moment is ‘Windowlicker’, a track that managed to cross over thanks to its typically weird Chris Cunningham directed video — and in spite of its uncompromising cyborg R&B sound. ‘Selected Ambient Works’ remains his seminal work, though: its synthesis of elements from hip-hop, hardcore, ‘true’ ambient, house and techno is a prescient window to the future that producers are still glimpsing through.

Richard D James was born in Limerick, Ireland, grew up in Lanner, Cornwall, was schooled in Redruth, and displayed a prodigious skill for music and computer coding from an early age. In the late ’80s, he was DJing at Cornish beach parties and at Crantock club The Bowgie as Phonic Boy On Dope. Laura Snapes, in her article on James’s Cornish identity for The Quietus, says that: “James threw his own music into his hip-hop, acid, garage, and jungle-heavy sets — early tracks like ‘Human Rotation’, ‘Analogue Bubblebath’, ‘Polygon Window’ and ‘Parking Lot’. 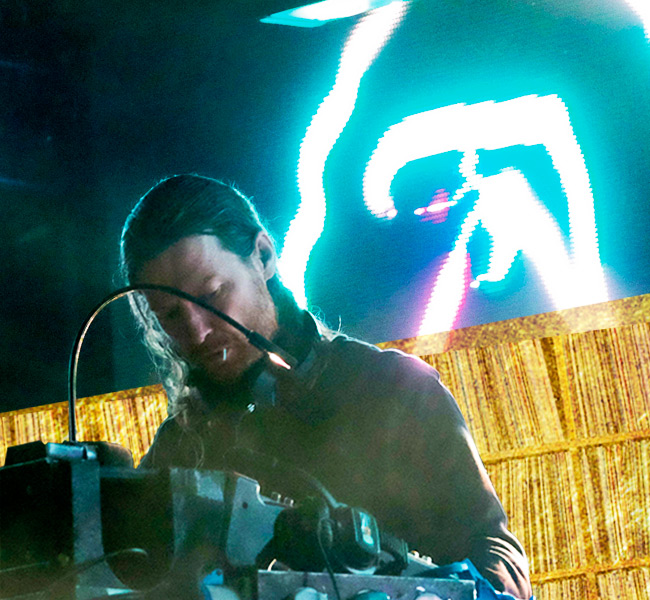 Following excursions into hardcore as Power Pill (the video game-sampling ‘Pacman’) and AFX (‘En Trance To Exit’, made with Tom Middleton), ‘Selected Ambient Works’ came out the same year as the ferocious breakbeat acid of the ‘Didgeridoo’ EP for R&S. However, ‘Selected Ambient Works’, was altogether different: a somnambulist dreamscape that melted heavenly shoe-gaze melodies into slow-burn beats and ice-clear techno, often with a suggestion of menace lurking at the peripheries.

On its release, the album was recognised for its revolutionary sound, and it continues to enrapture. When it was reissued in 2002, Pitchfork journalist David M Pecoraro was moved to call it “the most interesting [record] ever created with a keyboard and a computer”, while Laurent Fintoni in Fact Magazine suggested in 2017 that: “It is one of those rare works that feels unbounded by time, as capable of surprising you today as it was then and perhaps in another 25 years — a quality that has made it one of the most beloved works of an artist who still refuses to conform to expectations.”

Though touted as an “ambient” record, it’s far from the beatless drift of Brian Eno’s ‘Music For Airports’ or the creepy aura of James’s own ‘Selected Ambient Works II’. Instead, it’s an ambient record for the post-rave era. As such, dance drums underpin the electronics throughout, and tracks such as ‘Ptolemy’ bear the residue of US house, its synth-funk bassline and crisp drum machine 4/4 kicks sounding like a cousin of Fallout’s ‘The Morning After’. ‘Where ‘Selected Ambient Works’ departs from type, is in its meandering melodic textures, which float diaphanous above while the motor functions continue below. ‘Pulsewidth’ has euphoric, almost prog house synth riffs, though there’s a blissful sense of detachment.

The sublime ‘Xtal’, which opens the album, is an Elysian sunrise vision set to a kick drum thud and breakbeats. Its fuzzy melodies and blurred female vocal place it in a zone similar to contemporaneous shoegaze artists Seefeel and My Bloody Valentine (albeit with the guitars stripped out), and this “shoegaze techno” vibe would recur in the work of artists such as Nathan Fake, James Holden and Ricardo Tobar years later.

Though “ambient house” was gaining currency as a form at the dawn of the ’90s, and Balearic beat records proliferated at the time, from The KLF’s ‘Chill Out’ to The Orb’s ‘Adventures Beyond The Ultraworld’ and The Grid’s ‘Floatation’, ‘Selected Ambient Works’ felt more electronic, more spacious — and less safe. Another way in which this album was different was its hints at menace, its darker undertones. If the feather-light synth bubbles of ‘Ageispolis’ caress the brain still fizzing with chemicals after a night out, ‘Hedphelym’ was a discordant disruption of comedown calm, full of atonal tones and evil drones set to a crunching distorted thud. In his 1992 review of the album for dance music magazine Jockey Slut, Jon Savage said: “The ebb and flow here, between fast and slow, between playful and awful, between moon and sun, holds some of the queasy, constant motion within which we live.” This form of ambient unease would later be developed upon by artists such as Boards Of Canada and Lord Of The Isles.

A merge of bliss and disquiet, and those distinctive unearthly melodies, would have a profound influence on a genre that would come to be known as IDM, or “intelligent dance music”. The term was disowned by many artists associated with it — Drew Daniel of American duo Matmos said: “If you consider the sociological origins of contemporary electronic dance music in black and gay clubs in Chicago and New York and then consider the overall ‘whiteness’ and ‘straightness’ of the average IDM artist and fan it all starts to look kind of sinister,” and Richard D James himself said: “It’s basically saying, ‘this is intelligent and everything else is stupid’. It’s really nasty to everyone else’s music.” Still, IDM as a genre tag, along with Aphex Twin’s preferred term, braindance, persist to describe music that combines electronic melodies, ambient components, and strands of other forms of dance such as breakbeat, jungle and techno in leftfield combinations. Where much IDM frets over microscopic detail and fussy edits, though, ‘Selected Ambient Works’ is remarkably clearheaded.

The dreaminess of ‘Selected Ambient Works’ could be said to stem from James’s method of composition. He claimed to be influenced by ‘lucid dreaming’, and of musical ideas coming to him in his sleep. Certainly, the random mixture of pop culture references that appear as samples, buried or not so buried throughout the record, from Robocop, The Thing and Willy Wonka And The Chocolate Factory (“we are the music makers / and we are the dreamers of dreams”), plus post-punk band Public Image Limited, seem to suggest the strange associations and random connections of dream logic.

Modern day nostalgia dictates that the early 1990s was a halcyon age for electronic music. Techno still felt brand new, the acid house and rave movements in the UK had ushered in a new consciousness, and dance had yet to splinter into a multitude of partisan genres. For bedroom producers, possibilities felt endless, and nowhere else is this sense of liberation more evident than in Aphex Twin’s ‘Selected Ambient Works 85-92’. For some, the appeal of Aphex Twin is mystifying, especially for those only exposed to his more extreme material. Yet anyone with an appreciation for electronic music can surely find something to love in this remarkable — and highly influential — record.