The Sound Of: Astrophonica | DJMagAdmin.com Skip to main content

Our newly relaunched monthly label showcase, The Sound Of, puts the focus on the labels we love; outlets that are championing new artists, dropping key releases and driving their respective scenes. This month, we catch up with d&b imprint Astrophonica's co-founder Charlie Fieber AKA Fracture to discuss the label's past, present and future alongside a blistering mix of cuts from its impeccable catalogue...

Astrophonica could be referred to as a happy accident. The label, set up by drum & bass duo Fracture & Neptune in 2009, actually came about after the pair had placed two tracks with DJ Flight’s Play:Musik, just as the imprint unfortunately folded. Stuck with nowhere to release the music, which had been gaining traction in the wider d&b community — something their beautifully chaotic brand of drumfunk had found difficult to crack — they decided to just put out the tracks themselves. Calls to distributors were made and ‘Clissold’/’Killerwhat?’ was released to the world.

“The first few releases were Nelson [Neptune] and I, and it was very much a place for our stuff,” explains Charlie Fieber, aka Fracture. “We never considered releasing anyone else’s music, at that time.” The first non-Fracture & Neptune release came in 2012/13, in the form of two EPs from the mysterious character Dawn Day Night. A volatile mixture of rowdy basslines and the hyper-energetic jitter of juke percussion that was feeding into the UK scene, they put the label front-and-centre of that emerging movement. “Those records really opened some more doors for us,” says Fieber, “and that set the label on another path.”

As the mind behind all the A&R, Fieber has certainly created a diverse catalogue, but also one with a cohesive vibe. He says he looks for two things in a signing: first, the tracks must be playable in one of his sets, either radio or club — “It doesn’t mean that they have to be club bangers but they definitely have to be something could play in a set.” And second, well...  “They’ve gotta have a factor to them that makes me personally prick my ears up,” says Fieber. “Like a hook of some sort. That might be a production technique, or it might be a sample used, or just an overall vibe. I think that’s why the label’s got an identity, cos the music, it all comes down to what I think — like, this sounds like a release for the label, cos it pleases me and it pleases my ears.” 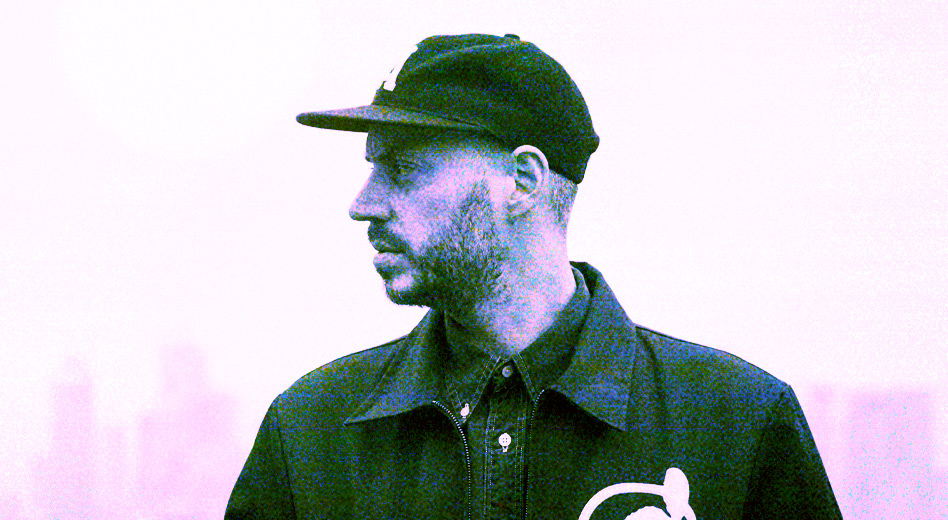 Beyond the sound, cohesion is extended by a strong visual look. Every piece of artwork, though often different in immediate style, is created by the design company UTILE, of which Fieber’s brother is one half. Fieber counts himself “super lucky” to have his sibling on board, and explains that “he is very much the designer. I might give him a brief here or a little idea there or something, but it’s all down to him really. He puts it all together.”

This family link was at its most distilled on the label’s sixth project, ‘Customtone’, a sleuthy Fracture & Neptune roller which Fieber describes as his proudest moment with Astrophonica. “It’s got my dad playing slide guitar on it,” he explains, “so that in itself is a wonderful achievement for me, to be able to put out music that my dad’s played on.” The artwork, meanwhile, took on an extra significance too. “That was like the first custom sleeve that we’d done, and that was a mad process with a big printing press that we rented.” Comparing the press to a mangle used for clothes drying, Fieber explains the process of his brother creating a plate and then having to roll each record sleeve out individually. “This was when I was running it all out of my house, so we had like 500 sleeves drying. I didn’t have a rack, I didn’t have a studio, I didn’t have nothing at this point. So it was all up and down the stairs, in the bathroom, every room in the house had record sleeves drying.”

UTILE also created an incredible stop-motion video of hand-drawn patterns to accompany the track. “It’s just amazing. They spent ages on it,” says Fieber. “I think that’s why as a project I’m so happy with it, cos Nelson and I spent ages on the song, we spent ages on recording the guitar — it was one of the first times I’d really recorded instruments to any professional level... The whole project took a long long time. And I’m still so happy with it.

Records themselves are a big part of the Astrophonica story, with every release currently pressed to vinyl, with unique artwork, which fans can buy bundles including t-shirts and risograph prints of.

“I love records and I love physical products, and yes I feel in many ways the fact that we have a visual identity is one of the reasons why we continue to do vinyl. But at the same time,” says Fieber, trailing off. “I wouldn’t say it’s a hindrance, but we could release more music if we didn’t release all our music on vinyl, put it that way. And that’s an interesting thought.”

Fieber says he’s not strictly opposed to doing digital-only drops in the future, but for now, it’s business as usual, with his own latest, ‘Big Up The Ladies’, available now, and two more releases in the pipeline: a mini compilation album, and what Fieber intriguingly reveals will be a non-d&b/footwork release. “Keeping people on their toes, I think, is the name of the game.”

Want more? Check out our previous The Sound Of features with Dark Entries and Correspondant...