Belfast's Ejeca records a mix of uplifting house edits, recent tracks and unreleased productions for the On Cue series, and speaks to Amy Fielding about the value of nostalgia, creating a journey with melodies, and a new live concept for his Trance Wax moniker

In a year when nostalgia has been at the forefront of our downtime, and yearning reminiscence of smoky dancefloors and the buzz of wide-eyed conversation is the norm, Garry McCartney, aka Ejeca, aka Trance Wax, has been reliving the past through his productions.

The Belfast-born DJ and producer has been taking people on journeys for years under both his musical aliases. From the house-driven, melody-infused club staples of Ejeca, to the euphoric hedonism of his tracks produced as Trance Wax, it’s all been conjured from years of personal experience. Growing up in Northern Ireland’s capital, McCartney was exposed to genres like happy hardcore and hard house, before moving onto trance and more melodic techno and house sounds. “Following on from the topic of nostalgia, I was recently trying to find the first DJ Mag I bought,” McCartney says. “It was in the summer of 2000 — at the same time I was using Fruity Loops to make basic trance tracks.”

Shortly after that summer, McCartney got his first set of decks. DJing at school friends’ house parties — “alcopops galore” — he was constantly soaking in his surroundings, and his fond memories of that time permeates his art today. “For me, music defines your youth and who you are as a person,” he says. “I seem to be going back into reverse mode now, and the BPM is going up again.”

Last year, McCartney released his debut, self-titled LP as Trance Wax. A love letter to his teens, and to the golden age of trance, the album was released via Above & Beyond’s Anjunabeats label after McCartney impressed the genre legends with his remixes of ‘Clear Blue Water’ and ’Satellite’. Embracing the classic trance builds and euphoria, McCartney’s peppering of house keys, electro stabs and breakbeat rhythms breathes new life into the sound. Those same signature beats can be heard in another recent release: a collaboration with trance icon Ferry Corsten.

“The whole thing, again, goes full circle with what I was listening to 20 years ago,” he says. “Above & Beyond have heavily influenced me, and Anjuna are a great team to work with. They gave me a great amount of creative control over my first album as an artist - something that isn’t always the case in this industry.”

“Ferry is the master of trance, and a great remixer to boot,” he adds. “Again, very easy to work with, and it’s great to crossover breakbeat and trance.” 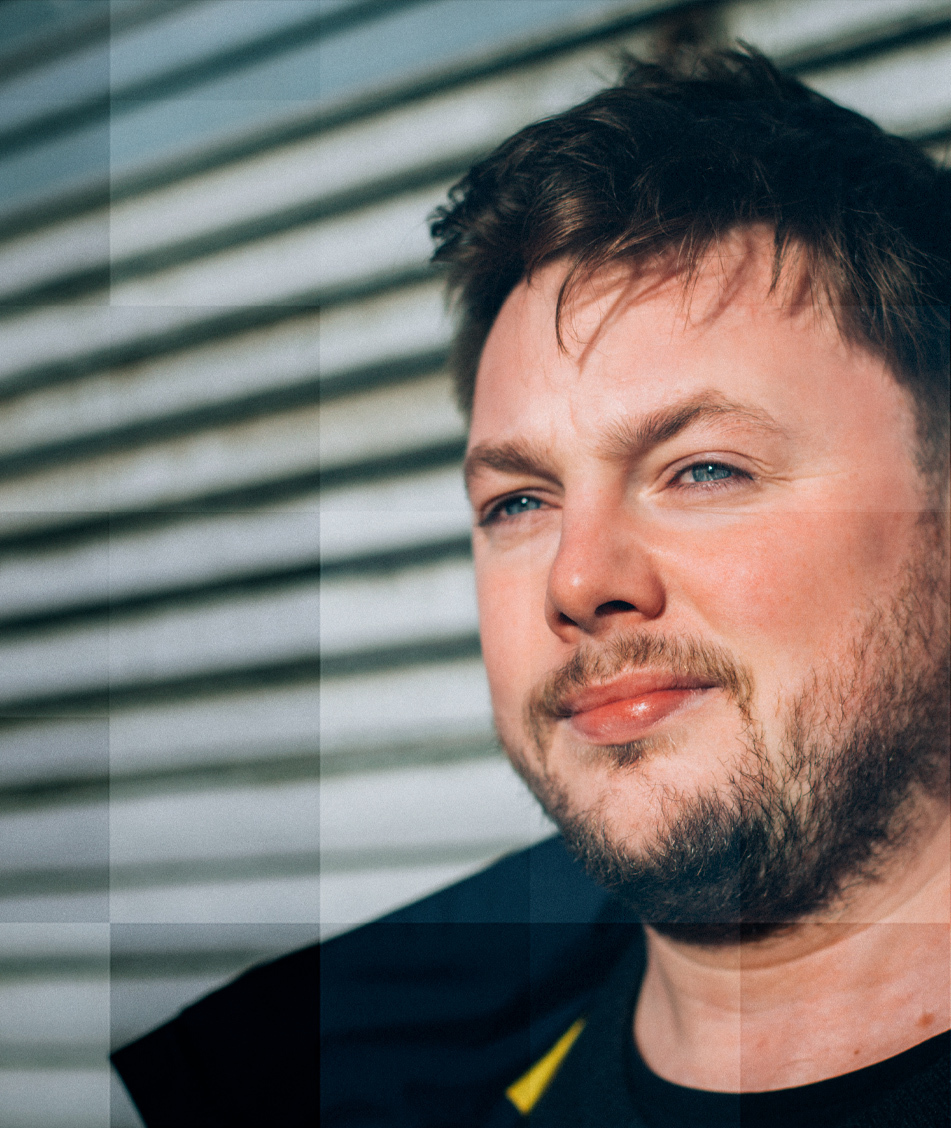 McCartney’s work as Ejeca is more varied. From early releases with Bicep and EPs on labels like W&O Street Tracks and Sasha’s prog-house imprint Last Night On Earth, to remixes for Bloc Party, Maya Jane Coles, Oxia and Detroit’s Inner City, the producer has effortlessly applied himself under both monikers. It’s all got a through line though - and that’s the journey. “A great melody doesn’t always have to be happy,” McCartney affirms. “It just has to take you somewhere.”

As Ejeca, McCartney also recently collaborated with Obskur: a young house duo from Dublin. Although his collaborations are few and far between, when it’s about breaking boundaries and trying new sounds, McCartney still gets excited and inspired 20 years into the game. “I’d played with the guys before in Dublin, and Danny Howard was playing both our new tracks on BBC Radio 1,” he says. “It just seemed like a great idea. Three Irish making a grime-techno crossover sounds terrible — but I think it really works.”

There’s also new solo material incoming from Ejeca. A product of lockdown — and again nodding straight back down the time tunnel — McCartney has tapped into his youth for a new project. “I made a lot of new music over the past year: fast rave, jungle, breakbeat and electro,” he says, “so much so that I’ve got a 16-track, double-sided mixtape coming out with it all on it.

“Mix cassettes were the very first thing I listened to as a kid in primary school,” he continues, “so it’s been a very fun and expressive thing to do."

McCartney also confirms that there will be new projects under the Trance Wax moniker, including a concept he’s refining for a live show — “as much to do with the visual aspect as the music” — as well as working on new releases. “Trance Wax 8 will be out this summer after a year off, with some big club bangers in there for when we rave again. For now, though, keep her lit.”

Want more? Check out these On Cue mixes from Jordan Nocturne and Jana Rush