Stuttgart-based producer and musician Johannes Brecht’s lush piano tones are never too far away from even his clubbiest releases and remixes. Having worked with Solomun and Stimming, as well as remixing Stockhausen and releasing his own ambient albums, he’s got a wide palette of sonics to choose from in the studio. The organic nature of his classically-trained background comes into its own with this Desert Island Kit choice too, aiming to move away from the sequenced nature of dance music and to add something more human to his tracks.

“My studio setup is always changing. I really try to create new situations with all kind of instruments or studio gear all the time. Finding new sounds is a big priority for me, the studio is my place of invention. At the moment I’m really into live drums. It was actually a really spontaneous idea to buy a drum set. So, I talked to some of my drummer friends and somehow the Ludwig Breakbeat kit inspired me. It’s a small kit created by Questlove – the drummer on many fantastic recordings. It’s a bit like a rehearsal kit so I had to change some of the drumheads to get the sound I was looking for. " 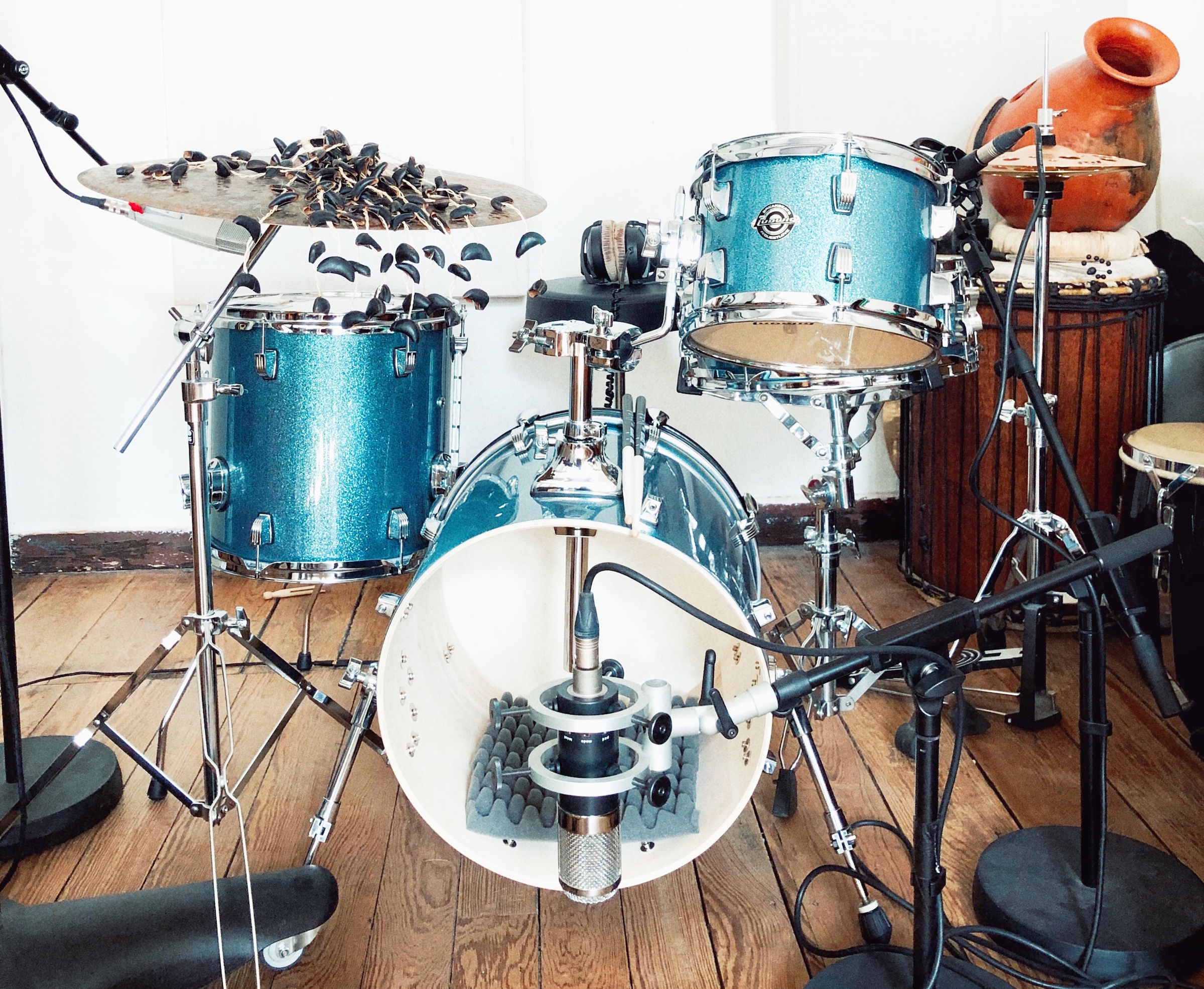 “It’s not so easy to take such a traditional acoustic instrument like a drum kit into something new. The good thing is, I’m not a drummer, so the way I play the drums is completely different to a classically-trained drummer. I’m a very rhythmic person, I like all kinds of grooves, especially when they are human in a way. That’s why I love the drum kit, it’s a great way to get a human groove vibe to my tracks. Sometimes I wake up with ideas, then I try to realise them in my studio. I love the early mornings in the studio. I research for new combinations, like special microphones or guitar pedals or unconventional ways of recording and at some point, it becomes a sound station for me for songwriting and production – that’s how I get inspired.”

Johannes Brecht’s ‘Dust’ EP is out now on KX / Kompakt