rkss’ Fresh Kicks mix opens with a frenzied mash-up of metallic flutes, propulsive kicks and the isolated vocal from Rhianna’s ‘Diamonds’. It’s a striking opening gambit, and one that distills the London artist’s creative ethos fairly succinctly. Over the past few years, with releases on labels including UIQ, Where To Now? and Alien Jams, rkss has has sought to rip apart the hierarchies and conventions of contemporary electronic music. And while ‘Daemons In The Sky’ isn’t their own work – all credit to Exit Sense for that one – the effect is much the same: Tough, jarring and irresistable.

Take 2018’s ‘DJ Tools’ for instance. Released on Lee Gamble’s UIQ, the album was made entirely using a samples from a downloaded pack called 'EDM Kicks Vol 1'. Featuring tongue-in-cheek track titles derived from the high-octane pack’s misspelling-laden text – ‘Bat and cathy leads, basses, top perc and fxes, great EDM melodies etc. Inspired by such top producers, as W&W, Showtek’ – the collection smashed the barriers beteen poppier, Big Room electronic music and the more esoteric sounds of their favourite computer music artists, Florian Hecker and Mark Fell. By extension, ‘DJ Tools’ marked a crucial point in rkss’ navigation of the current landscape of electronic music at large, and the distinctions in how we understand the “mainstream” and “underground” spheres. A challenging, intoxicating record, it took the rules and aesthetics enforced on those who participate in this world and held them to account.

It was also a personal exploration, as rkss – real name Robin Buckley – explained at the time. “I began to formulate my own relationship to club culture as a mostly sober, transgender person,” they wrote in the LP description, asking, “What version of club music did I want to engage with in that social space?”

Now, exactly a year since it was released, Buckley’s investigations of sonic and sociocultural dynamics in electronic music continue to develop, along with their own personal relationship with them.

“I think being visibly gender non-conforming has changed everything for me, like how I navigate public space or how I even get to clubs,” they explain. “I went from being perceived and accepted as that slightly weird kid at the club at 8 am sober to often feeling and being made to feel out of place and extremely alien. My next work is going to try and share some of those experiences, which I hope will give space to these problems which can occur across a variety of different contexts.”

rkss love for music has, naturally enough, shaped their identity as an artist, with their favourite records informing their egalitarian and unrestricted approach to sonic architecture.

“‘Sound of Silver’ by LCD Soundsytem was really influential to me growing up,” they say. “it was my introduction to electronic music outside of the EDM of MTV and mainstream radio. ‘Midtown 120 Blues’ by DJ Sprinkles lead me to read nearly every essay that Terre Thaemlitz has ever written. ‘Multistability’ by Mark Fell changed the way I thought about rhythm and how you can translate complex ideas into accessible music. ‘Yeezus’ by Kanye West helped me understand a version of collaboration that I had never thought possible in the making of a record. ‘Oil of Every Pearl's Un-Insides’ by SOPHIE taught me about the changing value of records and how to expand ideas outside the album itself. Looking at this list, I think the line through these records would all revolve around their ability to translate new musical ideas or concepts always with an anti-hierarchical approach.”

The past year has seen Buckley playing more gigs that ever before, travelling across Europe to play landmark sets in venues such as Paris’ La Gaîté Lyrique after Gazelle Twin.

“Despite it being more of a concert type event, the crowd got so into my DJ set and I was so happy to see so many people dancing at 180bpm, which I’ve heard is a bit of an anomaly in Paris," they say. "Also, the response to my DJ set at Search History in Brighton [was a highlight] , and then being invited to play at Search History again before House of Kenzo, who did the best set I’ve seen since SOPHIE at Heaven last year. Note to self: motorbike entrances are really the way to go...”

The summer also found them taking part in the Amplify initiative’s (Inter-) event in Somerset House Studios. A two-day programme of installations, presentations, panel discussions and live performances exploring image, sound and digital art, Buckley became involved, they reckon, after the organisers were shown a video of them performing their Shape of Sound piece in the venue as part of SIREN collective’s Associate Artist residency some months previously.

“It was really an incredible experience to share the space with so many amazing musicians, artists and curators,” they explain. “It’s so rare and difficult to have that kind of time in this line of work. The panel was wonderful, I think we really managed to talk through some of the current difficulties we found ourselves in, despite coming from very different fields: Marie Thompson is an academic, Isaac Kariuki is a visual artist and writer and Zaiba Jabbar is a moving image artist and curator. It’s another example of this opportunity allowing me to be able to connect and spend time with wonderful people. Also the DJ set I did afterwards before Machine Woman was great too, I had a lot of people come up to me afterwards to thank me. I think this was in part because of how welcoming the space was.”

Buckley has a lot lined up in the coming months, with particularly exciting shows locked in for Mutek Argentina and Mutek Montreal.

“I’m also going to be doing a critical workshop at the Tate,” they add. “Leading on from Mark Leckey’s show there, exploring contemporary club culture. I also have a DJ set in Berlin on the 7th September for Torstraßen Festival, as well as doing more DJ mixes for my summer residency on Rinse FM.”

rkss’ Fresh Kicks mix is a full-throttle, high-intensity 50 minutes, intended as a personalised response to the context of the series itself. “For DJ Mag I noticed that the prevailing trend is quite hard techno and house sets,” they explain. “So I decided to try and one up that with something even more intense; a mix that moves between club music, footwork, jersey club and EDM plus there’s lots of distortion. At least half of the set is 155 BPM and up.”

Wild stuff. Check it out below. 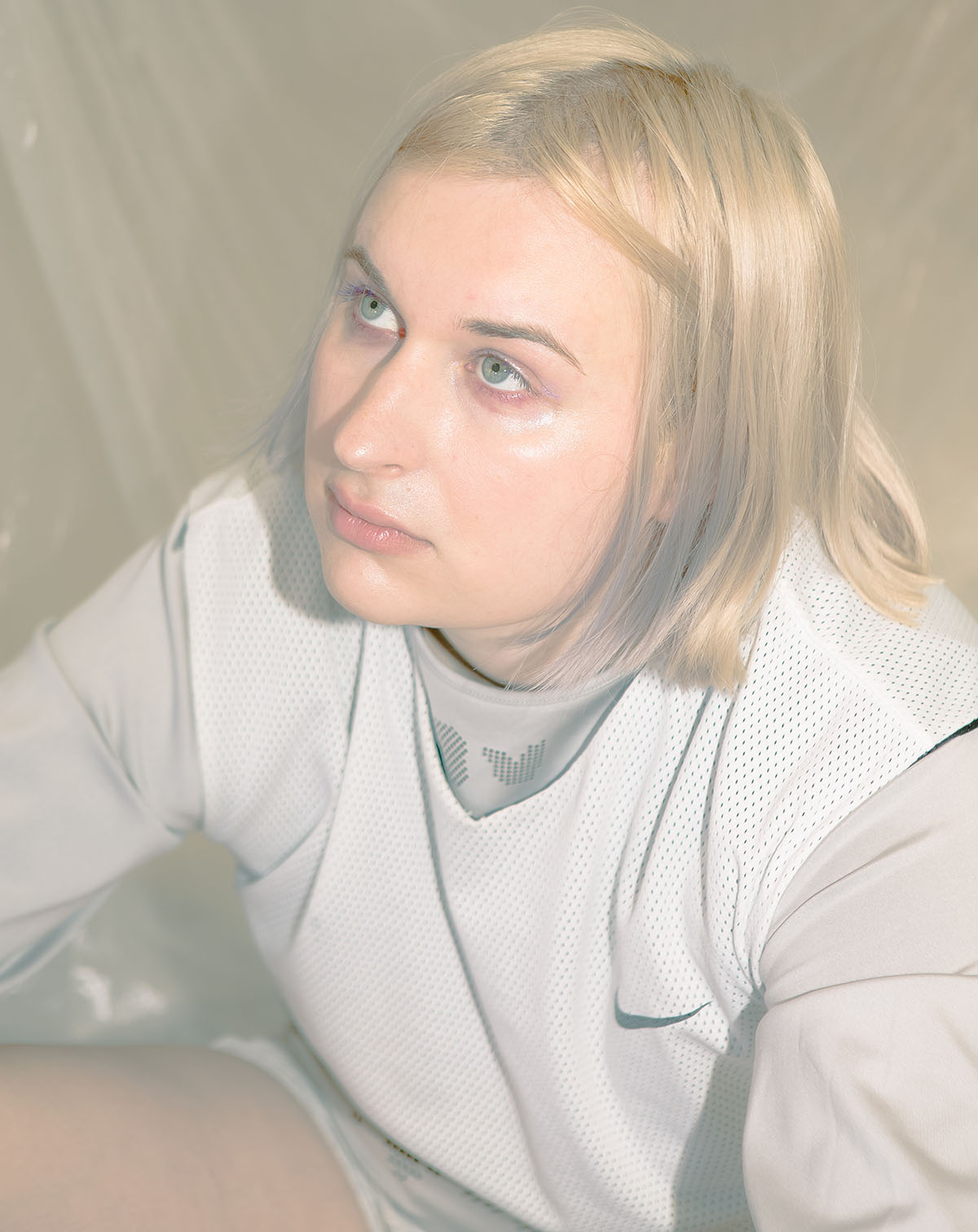 Last DJ that blew your mind?
“House of Kenzo at Search History, London”

Favourite album to relax to?
“Randall McClellan ‘The Healing Music of Rana’

Favourite producer?
“SOPHIE - not to be that t-girl, but yeah :/”

What record is top of your wishlist?
“I buy everything on Bandcamp/digitally now, the new record from Chuquimamani-Condori is amazing”

What's the best club you've played at?
“Love in Milan - shout-out to MILANOROVINA who are an amazing crew”