Juliana Huxtable’s Recognise mix lands in our inbox in the late hours of the night, a sudden but welcome jolt of energy. Recorded in her home studio in New York, it’s an unpredictable grind of textures and arrangements; serrated industrial prangs alongside stuttering beats and fuzzy kick drums. “I get really obsessed with fluid movement between different parts of a track,” Huxtable says of her approach to mixes. “I tend to get bored easily and one thing I love about DJing is [that] technically, you can always be doing something.”

You could liken Huxtable’s hyperactive mixes to her approach to creativity in general. She’s a key figure within New York’s electronic underground, but is equally known for her work in the literary and visual arts. She’s written two books, has performed and displayed visual work at MoMA, and is part of the cutting-edge art and hip-hop collective House of Ladosha. Her work orbits themes of identity, power structures, alternate histories and deviant futures; her lens sharp, but delivery playful. You get a sense that with or without the attention on her, she would be creating nonetheless.

Huxtable’s first encounter with dance music is familiar to anyone who came of age at the turn of the millenium, when compilation CDs reigned supreme. For her, it was ‘Ultimate Dance Party’ that introduced her to tracks like Crystal Waters’s ‘100% Pure Love’ and Snap!’s ‘Rhythm is a Dancer’. “The big popular dance songs in Europe would be compiled into a mix, but it was targeted towards an American audience. I remember I got the first ‘Ultimate Dance Party’ in like ’96 or ’97, and that was maybe my first dance music encounter. I loved it,” she laughs, “but it could also encompass really interesting legit dance music, too.” 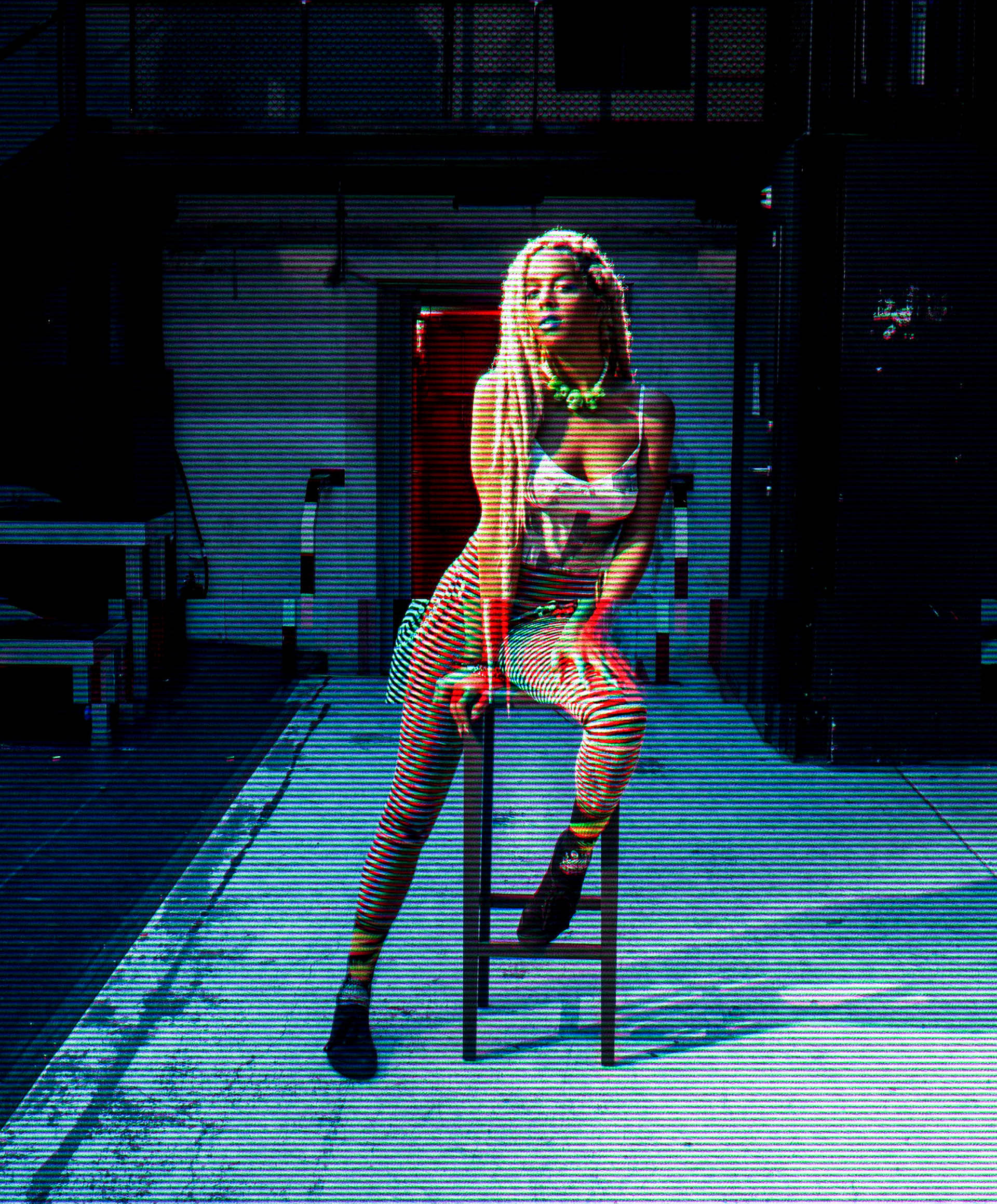 “What I seek from music — especially in the social context that dance music is often in — is similar sounds or journeys, a lot of different layers and crazy harmonising”

Huxtable grew up in Texas, listening to her father’s jazz collection at home and gospel at church. Coming from a Southern Baptist family, she was particularly drawn to the intensity of gospel. “People really go HAM in church,” she says. “They want the music to be sublime. It can be sad and dark, but celebratory and beautiful. What I seek from music — especially in the social context that dance music is often in — is similar sounds or journeys, a lot of different layers and crazy harmonising,” she continues. “It’s an intense, high-reaching music that grows from a social energy.”

Though Huxtable is no longer religious, she’s found common feeling between the community experience of Southern gospel and the subterranean dance clubs of Brooklyn. She became interested in New York City’s dance music scene when she was young: her parents were involved with technology, so home internet access came early to her; she scoured rudimentary websites and blogs, discovering club culture and legendary club kids. Websites with names like East Village Dolls hosted photos and descriptions of old parties, a who’s-who of the club scene with “a lot of pseudo-scholarship” tied in.

When she moved closer to the City for college, her cyber-savviness helped her navigate its eclectic music scene, scrolling endlessly through Myspace and music blogs to sketch out her weekend, finding her tribe at parties like Unter, West Gay, and GHE20G0TH1K. “2011 to 2017 was a really great period of time in New York,” she says. “It was exciting to watch the end of Manhattan as the central point of New York nightlife and watch that fade into Brooklyn. I loved that I got to be a part of something, to see it evolve.”

Her own party, Shock Value, started in Manhattan but soon migrated to Brooklyn. Although it runs more sporadically these days, Shock Value is still part of the city’s nightlife. It’s Huxtable’s way to create a space that suits her “very specific vision”: what she describes as “mixxy”, focusing on a diversity of sounds and aesthetics. “I like the risk of cross-pollination and I think you learn more that way,” she explains. “It’s more interesting in terms of energy [in the room], but I also think it’s visually more interesting to be amongst radically different types of people. My ideal club is one that’s aware and diverse.” 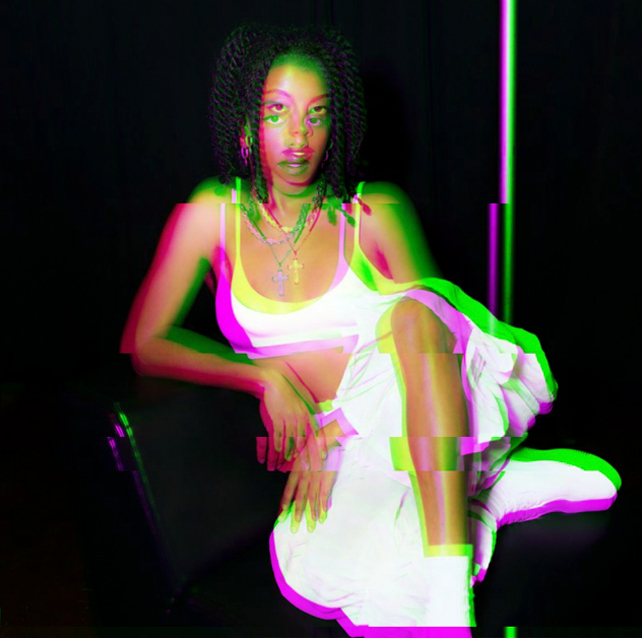 Huxtable has used Shock Value to carve out her DJ style, focusing on a back-and-forth flow of energy with the crowd. “I want to pull people into a spell. If you get into a good place, when you’re in dialogue with the dancefloor, those energies can amplify each other,” she says. “I try and get people to a place where they can trust me and then really just like, go off, you know? I want to go as crazy as I can.”

The push-and-pull experimentalism of her DJ sets is mirrored in her productions. She’s worked with Fatima Al Qadiri, remixed Bjork, and has recently collaborated with Grammy-nominated artist SOPHIE. After meeting at a gig, they started playing around at SOPHIE’s home studio, which resulted in their new project, ‘Analemma’, due for release on трип. Since she often works solo, Huxtable relishes these collaborative moments. It’s perhaps why she’s chosen to work with a band to record some of her new material, the details of which she wants to keep under wraps for now.

It’s early in 2020, but Huxtable’s already working on her next book and has a few art projects in the works. She’s got gigs lined up in Berlin and Ukraine and is set to make her Dekmantel debut this summer. Her schedule seems dizzying, but music is the anchor. “Anything that allows me to have a really involved and affective relationship to music is great to me and I love that about playing,” she says. “That I get to be with music and manipulate, alter, and create new forms of music — it’s lovely to be able to do that.”

Listen to the mix below.