Recognise is DJ Mag's monthly mix series, introducing artists we love that are bursting onto the global electronic music circuit. This month, DJ Mag’s Dhruva Balram catches up with Italy-born London-based Nervous Horizon head, TSVI, about running one of London’s most exciting labels and parties, not subscribing to one sound and the state of electronic music in the UK

As we grow, and shed layers of our past, we often don’t recognise the changes happening. We feel bitter in these moments; the cards we’re dealt can  sometimes look like the losing hand. It’s in these periods, though, that we come to distinguish ourselves. For Guglielmo Barzacchini, better known as producer TSVI, hardship has formed him.

Born in Pontedera, an industrial town near Pisa, Italy, TSVI grew up discontented with life around him. His parents were fervent followers of Ananda Marga, “a Hindu movement born in India in the ‘50s’,” he explains. “Focusing mainly on tantric yoga, it also comprises programmes of social services and reforms. It’s considered a philosophy and a way of life, rather than a religion.” His parents hoped to indoctrinate Barzacchini into following in their footsteps. “I didn’t want to be a part of it,” he admits. “So, I rejected it completely. I was ashamed of my parents, their beliefs and the way they were.”

Having struggled to graduate from high school, he decided to make a change. “One of my closet friends was planning a trip to London to learn English for a few months” he admits in an email. "I had nothing to lose, so I said, ‘Can I come along?’”

Ten years later, TSVI runs Nervous Horizon, one of London’s most exciting labels and parties. He released a stand-out debut album, ‘Inner Worlds,’ in November last year, and has helped elevate artists onto a platform through releases or by putting them on at his party. It has quickly become a label for others to mirror with TSVI very much a sought-after producer and DJ. “My upbringing has shaped me into the person I am today, so I wouldn’t change it for the world,” he admits. 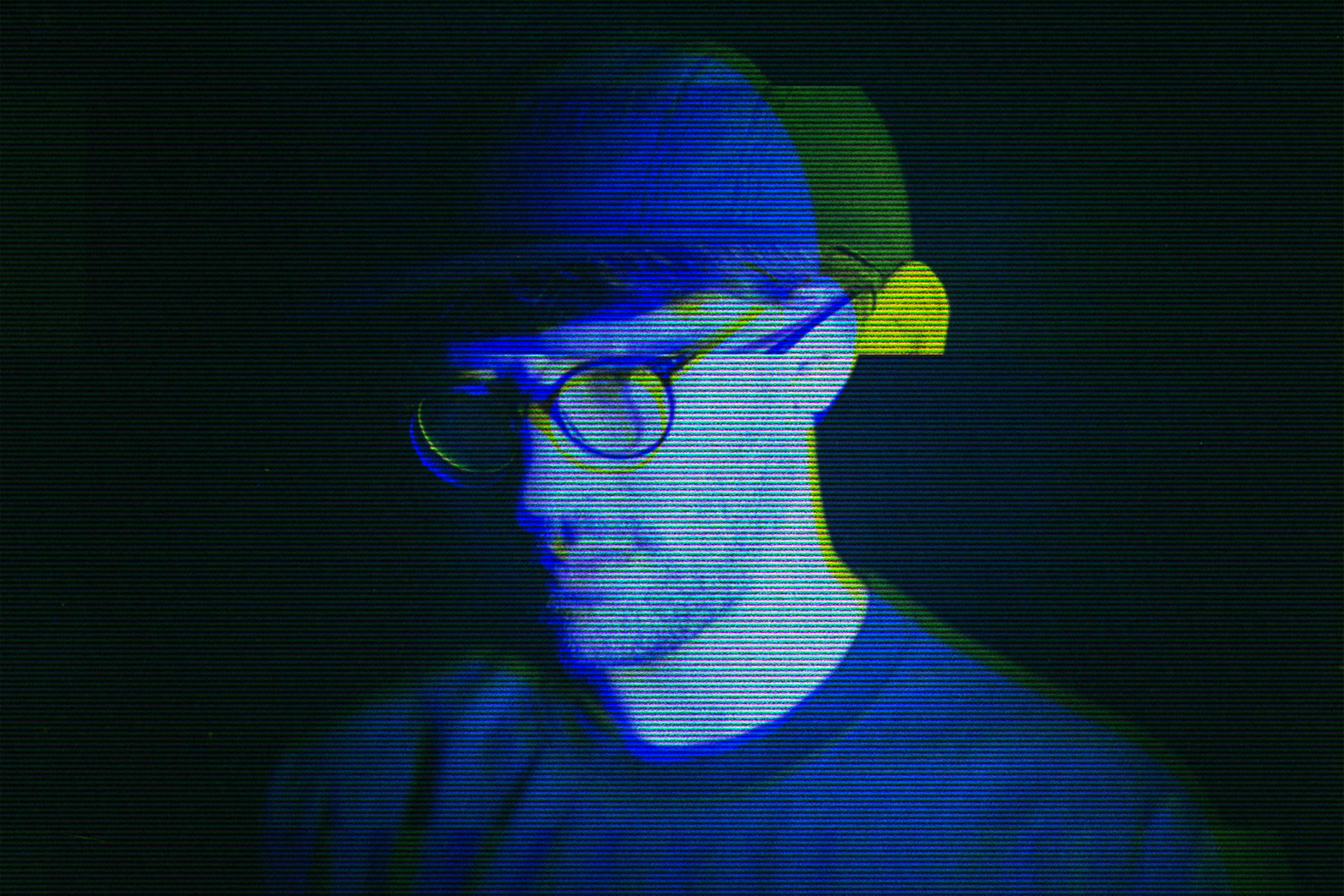 “I arrived in London at a time where the electronic music scene was mostly UK-centred. Now, I feel that the attention has shifted to the outside, and these new sonic worlds are now clearly influencing the underground UK sound. This opens up a lot of new avenues which are very exciting and inspiring”

What TSVI did take him from his parents was an astute taste in music. Learning to play the piano as a child, the Nervous Horizon label head started paying attention to the music his parents played: avant-garde Italian prog-rock like Franco Battiato. “He’s a very mystical singer and composer from Italy,” TSVI says. “He was using a lot of analogue synths and drum machines in his music [and] is my favourite musician ever. His work still influences me to this day.” One of Italy’s most famous pop stars, Battatio’s song structure and the tenderness with which he approaches his arrangements, especially vocally, reveals itself on TSVI’s work.

Starting to produce at an early age, TSVI’s debut album, ‘Inner Worlds’, released on Nervous Horizon, was the culmination of a lifetime’s worth of work.  “I see my album as a box, a storage room, containing memories and musical experiences of a lifetime up until this point,” he explains. You can hear the influences of his parents’ religious background with flecks of Indian classical music while the album swings confidently between genres like grime and trance. Incorporating vastly different styles from traditional Sufi Muslim music [an ode to his partner] to the frenetic hard-hitting drums of UK Funky or the polarising synthesisers found in trance is no easy feat. Yet, on ‘Inner Worlds’, it feels natural.

The release of ’Inner Worlds’ felt like a certain moment. Having run the label for nearly five years, this particular release could be interpreted as the label moving the needle forward; as if the paintbrush strokes of ‘Inner Worlds’ touching multiple genres showcased the way forward. “I believe [the] Nervous Horizon taste is very broad and takes from a wide spectrum of electronic music genres from Kuduro to experimental techno,” TSVI says by way of an explanation.

The label and party were started and are currently run by three friends: Guglielmo, fellow producer Tommaso Wallwork, and Federico. “We are all from the same city in Italy but it’s weird because we didn’t know each other back in Italy,” TSVI says. Meeting through common friends, the three started spending time together before, eventually, moving in together. “Later in a big warehouse in Hackney Wick, the 'Nervous Horizon' concept was created,” mentions TSVI. “We started as a club night first sometime in 2014 and then we realised that we should open a label.”

Legendary London DJ and producer Scratcha DVA became their de-facto mentor, advising them that they should put their early music out on vinyl. “I would say that Scratcha was the first one supporting us. In a way, he kickstarted our label,” admits TSVI. “Before him, we didn’t know exactly what to do.” 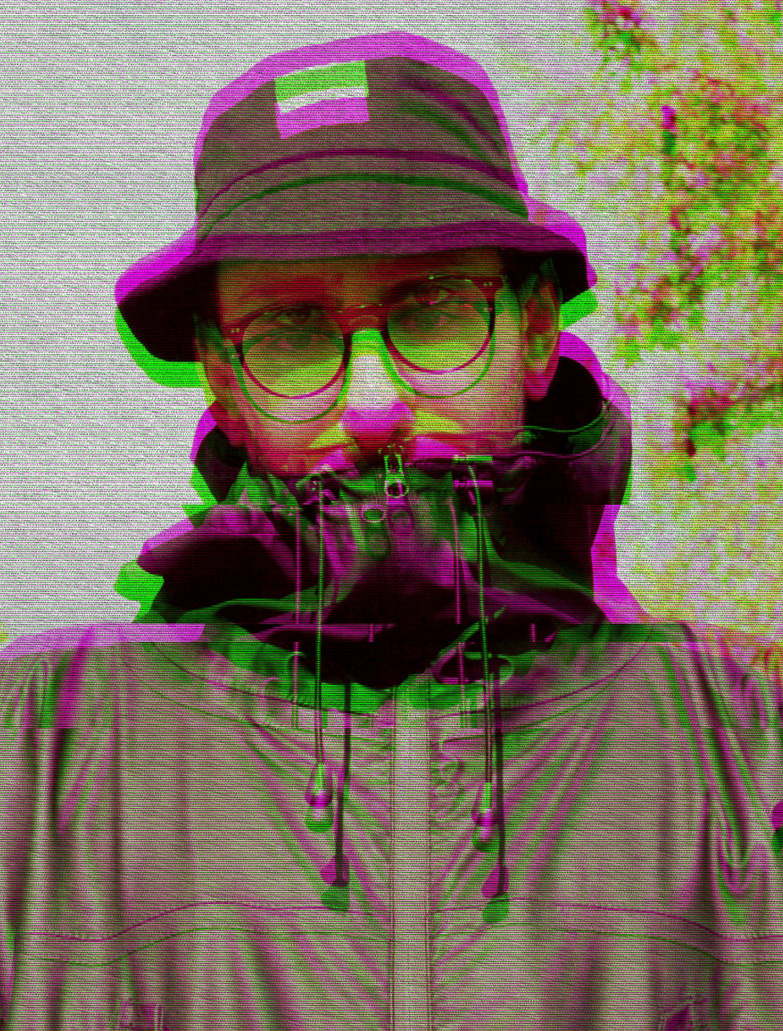 Since their first release, the ‘Don’t Panic’ EP by Wallwork & RZR, Nervous Horizon has gone on to exemplify the melting pot of genres London has to offer. The label, much like the city, doesn’t subscribe to one sound. Rather, it’s the variety that makes the city’s electronic music landscape so enticing. “I feel like there is an interesting feedback loop between London and local communities around the world like gqom, kuduro and this new wave of Middle East, North African or Chinese producers,” TSVI says. “With the internet, for the first time, as artists, we influence each other in a way that wasn’t possible before and this allows new hybrid blends of genres.”

Nervous Horizon has since given a platform to artists like DJ Plead, whose ‘Pleats Plead’ EP earlier this year was critically-acclaimed and commercially-successful. It also helped propel Plead onto a fast-moving trajectory (you can listen to his DJ Mag Fresh Kicks mix here). TSVI, though, remains humble, “Signing someone to the label, it normally starts by playing somebody’s songs in every set to the point you start feeling a personal attachment to the track. It doesn’t matter if the artist is already established or brand new. It’s important to give everybody a platform just based on their talent and creative output.”

This ethos rings true at the Nervous Horizon parties. “Our aim has always been to promote the freshest music from London and beyond by creating musically diverse line ups crossing all BPMs and genres,” TSVI admits. “I arrived in London at a time where the electronic music scene was mostly UK-centred. Now, I feel that the attention has shifted to the outside, and these new sonic worlds are now clearly influencing the underground UK sound. In my experience, this opens up a lot of new avenues which are very exciting and inspiring.”

As a result, for TSVI and Nervous Horizon, whose fifth anniversary is soon, the future looks promising — a Nervous Horizon Various Artists compilation is due out in November, which will include tracks from Wallwork, DJ Plead, DJ JM and TSVI. There will also be “some amazing addition which I cannot wait to reveal,” he teases. TSVI also thinks it’s their “most coherent and cohesive compilation project” to date. Personally: he’s got an EP on a London-Based label which is yet to be announced; a collaboration EP with DJ Plead and another with Object Blue on the horizon.

Speaking about his Recognise mix, he explains, “I just want to give you the feeling of how it would be listening to one of my DJ sets in a peak-time club setting. No intros, no long ambient breakdowns, just straight rollers from start to end, which is the essence of Nervous Horizon as a label.”