The Sound Of: L.I.E.S. | DJMag.com Skip to main content

Our monthly label showcase, The Sound Of, puts the focus on the imprints we love; outlets that are championing new artists, dropping key releases and driving their respective scenes. This month, we speak to Ron Morelli about his prolific outlet, L.I.E.S. Records, and he offers up a challenging mix of rough-cut techno, twisted EBM and industrial constructs

Launched in 2010 while he was working at A1 Records in NYC, Ron Morelli’s L.I.E.S. — or Long Island Electrical Systems — label has proven itself one of the most prolific, varied and consistently forward-thinking outlets in electronic music. In under a decade the imprint has put out over 150 releases (the primary catalogue currently sits just below that, with several offshoots bumping the overall number up considerably), all on vinyl, and ranging from the fuzzy, off-kilter house of Delroy Edwards, through Tzusing’s corrosive EBM, the savage industrial sonics of Fret (aka former Napalm Death drummer, Mick Harris), and Broken English Club’s noisy ambient and techno experiments. It’s raw, unrestricted music that’s unafraid of popular opinion but gains all the more respect for it.

“L.I.E.S. is an all encompassing label that touches upon all strains of subversive electronic music and beyond,” says Morelli, when asked to sum up the wide-ranging sound. “We never stick to a formula and are constantly morphing since the beginning. It’s safe the say one person who buys one release, could potentially dislike the next one to come after.”

Though he’d “inadvertently” helped build something of a scene around the label back home, Morelli moved to Paris several years ago, allowing for more touring and thus better visibility for L.I.E.S. He sees the label as documenting different places and times in his life, but L.I.E.S. isn’t driven by ego. Though obviously personal to Morelli, it’s his passion for sharing new music and new ideas that pushes the intensive release schedule. “I run the label like everyday will be my last day,” he explains. “It's important for me to get the document on record and out there to the people. It has never been a vanity project like some labels are, it has always been something birthed out of need and discontent with the status quo, thus the constant flow of records carves out our place.” 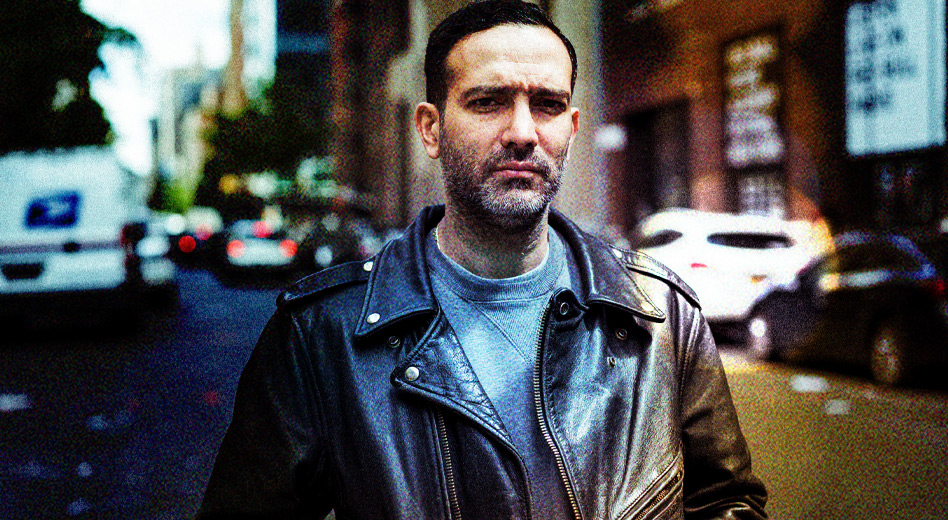 And records is the key word here; while L.I.E.S. isn’t vinyl-only in the exclusive sense, Morelli is fervently dedicated to the format, believing physical products to be the “definitive statement” of a label’s commitment to an artist. “You as the label are investing in the artist and in turn the artist is trusting you with the music they made to get it out via your channels,” he says. “The process and collaboration builds the relationship, opens dialogue and acts as a catalyst for ideas and maybe even future works between artist and label. The physical release is the meeting point for label and artist.”

Naturally, as vinyl DJing has continued to take a backseat to digital, Morelli’s faced the challenge of getting his product into the hands of DJs, alongside other modern problems like “keeping people's attention in an ADD world where people want more more more, now now now”. He’s thanks the loyal fanbase L.I.E.S. has built for keeping the label afloat throughout these changes. Morelli says running L.I.E.S. has taught him “more patience and self-criticism”, and his passion shows no sign of slowing down.

Morelli’s The Sound Of mix is a challenging offering. Based around a backbone of techno and EBM, it features the screaming, anarchic industrial of AN-I+Unhuman’s ‘Five to Nine’, hypnotic undulations of TV.OUT’s ‘XTC’, and the writhing pulse of Tzusing’s ‘King Of Hosts’, taken from his 2017 album ‘東方不敗’, a release Morelli “jokingly” described as ‘world industrial’ at the time. “Looking back really think it’s the perfect term for it,” he says. “This LP was a risk, I still see the record as a difficult listen to the average listener, yet Tzusing made it all click, the pieces fit perfectly, breaking all barriers.”

The mix also includes two tracks from Broken English Club (aka Oliver Ho), including one from his latest album ‘White Rats II’ — the ferocious cut ‘The Modern Desire’. “I had always been a fan of Oliver's techno records from the ‘90s, which are up there with the best of them,” Morelli says of how the pair first began working together. “When I first heard the BEC material on Jealous God it reminded me of some bizarre combination of post-punk mixed with seething modern electronics, that struck a perfect balance. The thing that really stood out was the production, to me Oliver somehow managed this ‘big rock’ studio sound, such as Jesus Lizard or Shellac or some nasty Amphetamine Reptile band. The music sounds big, but is still super raw and hits.”

Though not one for the faint of heart, it’s a rewarding listen full of angst, aggression and the kind of intense artistic expression that fuels L.I.E.S. Morelli says he’s proud of “being able to keep the energy and momentum of the label alive,” adding, “for me it's still exciting to put out records. I love getting the new releases in my hands, it's magic.”

Want more from our The Sound Of series? Check out our recent interviews and mixes with Local Action and Astrophonica

The Sound Of Vital Label L.I.E.S.

Features
The Sound Of: WNCL

Features
The Sound Of: Western Lore

Features
The Sound Of: More Time

Features
The Sound Of: Private Persons

Features
The Sound Of: BBE