These are the top UK club events for NYE and NYD 2019-2020 | DJMagAdmin.com Skip to main content

It's time to wipe the slate clean, sort of. The champagne is on ice, the days have been booked off work. All you need to do is pick a party.

While 2019 refuses to go quiet into that good night — check this month’s top UK club picks for proof — some of us have already been thinking about what comes next.

A new year and a new decade are almost upon us. Just before either really kicks in, though, we have some work to do. Or at least some serious partying to get stuck into, with New Year’s Eve and New Year’s Day just weeks away.

Highlights are plentiful across DJ Mag’s homeland for 31st December. Lakota in Bristol is opening for a marathon 20 hours, running music and good times inside and out in the courtyard, while in London, dnb and jungle session Rupture hosts its first ever NYE event.

Just as sub-heavy, but much further north, garage and bass kings line up for SSL XL NYE at Bongo Club in Edinburgh, and those looking for something more immersive might want to check theatrical throwdown Magic Door in Birmingham. Fancy dress and crazy characters only, please.

1st January also means business. The Warehouse Project in Manchester calls time on another season, its first at the massive Depot venue, and has a line-up to match. If you're heading down be sure to check the Concourse room. Almost as big, London’s Printworks welcomes decade-spanning house imprint Defected for an all-day dance off.

Elsewhere in the capital, roll through hotspot FOLD has super talented Saoirse hosting some heavyweight guests at Trust, and we’re also sweet on Scotland’s two options — thundering techno at Pulse in Edinburgh, with similarly muscular beats happening at Slam’s annual festive edition of Maximum Pressure over in Glasgow.

Time to choose your poison, then... 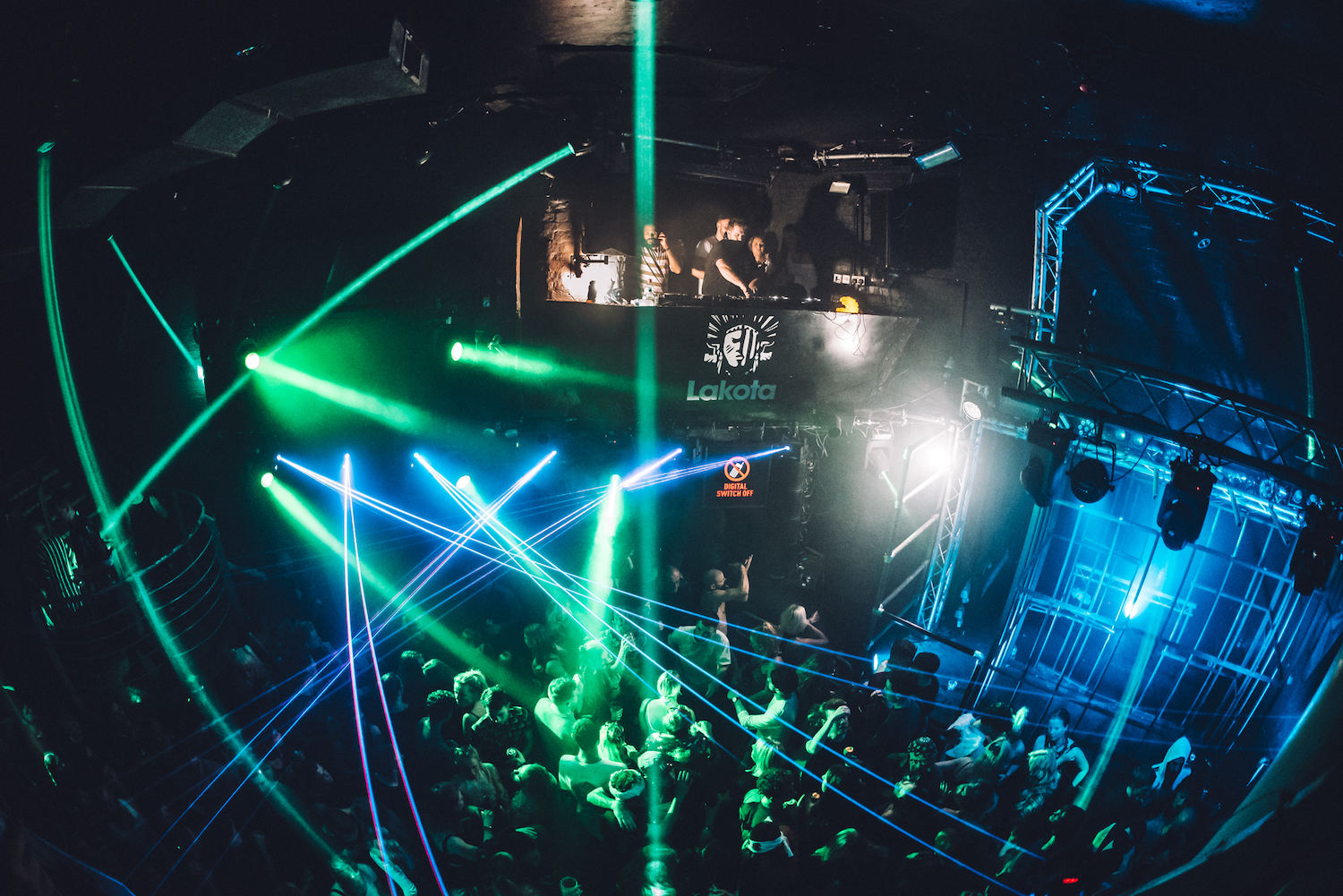 LAKOTA NYE
LAKOTA, BRISTOL
Line-up matches running time for scale here, with action kicking off in the beer garden, then convening inside, before breakfast beats begin again in the open air — just don't forget your winter coat. Palms Trax leads the charge, set to prove why he’s been one of this year’s most in-demand bookings. UK hero Nightmares On Wax is also on the decks, with DJ Boring, Young Marco and Alexisitry joining the party. Rooms are split between various crews from the region— Viva La Disco, Utopia, Bristol Disco Fest— meaning the word ‘vibe’ immediately springs to mind.
6PM - 2PM / £20 - £27.50

SSL XL NYE
THE BONGO CLUB, EDINBURGH
A raft of talent gear up to deliver jungle, footwork, dancehall, roots and more non-4/4s. Revered dnb deity DJ Storm, UK bass master Om Unit, future garage pioneer Sully and fellow king of steppers, DPR’s Groove Chronicles (AKA Noodles), and we’re not done by a long shot yet. Players spread across two rooms until the earliest of hours so you also get selections from Proc Fiskal b2b Creep Woland, Anikonik and Skillis for your hard-earned cash, among others, making this the freshest end of year throwdown north of Hadrian’s Wall. Probably.
10PM - 5AM / £10 - £25

RUPTURE
CORSICA STUDIOS, LONDON
Easily one of the UK’s finest dnb soirees— no strangers to DJ Mag’s pages— Rupture’s New Year’s Eve session is looking unmissable. Descending on their long-standing home, rave haven Corsica Studios, the crew are offering a full room of future and a second paying tribute to the old school that has so much to answer for. Breakage, Equinox, Forest Drive West, Mantra, Double O, Djinn, Panka and Decibella represent tomorrow’s tunes today, with MC Flux hosting. Next door catch a ’91-’93 set from Paul Ibiza, with Flight, Stretch, DJ Harmony and Mani Festo slaying the crowd while Chickaboo and Major Ranks oversee proceedings.
9PM - 7AM / £20 - £30

PATTERNS NYE
PATTERNS, BRIGHTON
The final hurrah at Patterns before the new decade sees none other than Joy Orbison front and centre. The co-founder of Hinge Finger is more than familiar with these ends, and his ability to flit between genres is well-suited to the B-town crowd. Eclair Fifi packs similar variety into her bag, and should bring an ideal late night atmosphere. Celebrated resident and former-DJ Mag Best of British nominee, Charles Green, joins fellow Patterns lifer Mehtola, with new-ish recruit Momo, Wild Fantasy, Parry, Wildblood & Queenie in on the action too. Oh, and those here before 9PM bag free Prosecco to boot.
8PM - 5AM / £20 - £28

MAGIC DOOR'S COSMIC GLITTERBALL NYE
LAB 11, BIRMINGHAM
Always Magic Door's biggest date of the year, now with half a decade behind them we’re expecting this one to be bolder, brasher and more surreal than ever. Think madcap production with psychedelic installations and decor, weird and wonderful characters marauding the floor and the crowd playing cast members in a story that also features regular faces G.o.D. and the Devil. As for line-up, this is all about keeping you guessing until the first beat drops, but what we can confirm is that in addition to the secret guests residents Maxxi Soundystem, Jukes of Hazard and Mr Doris will all be in the building.
9PM - 5AM / £10 - £20 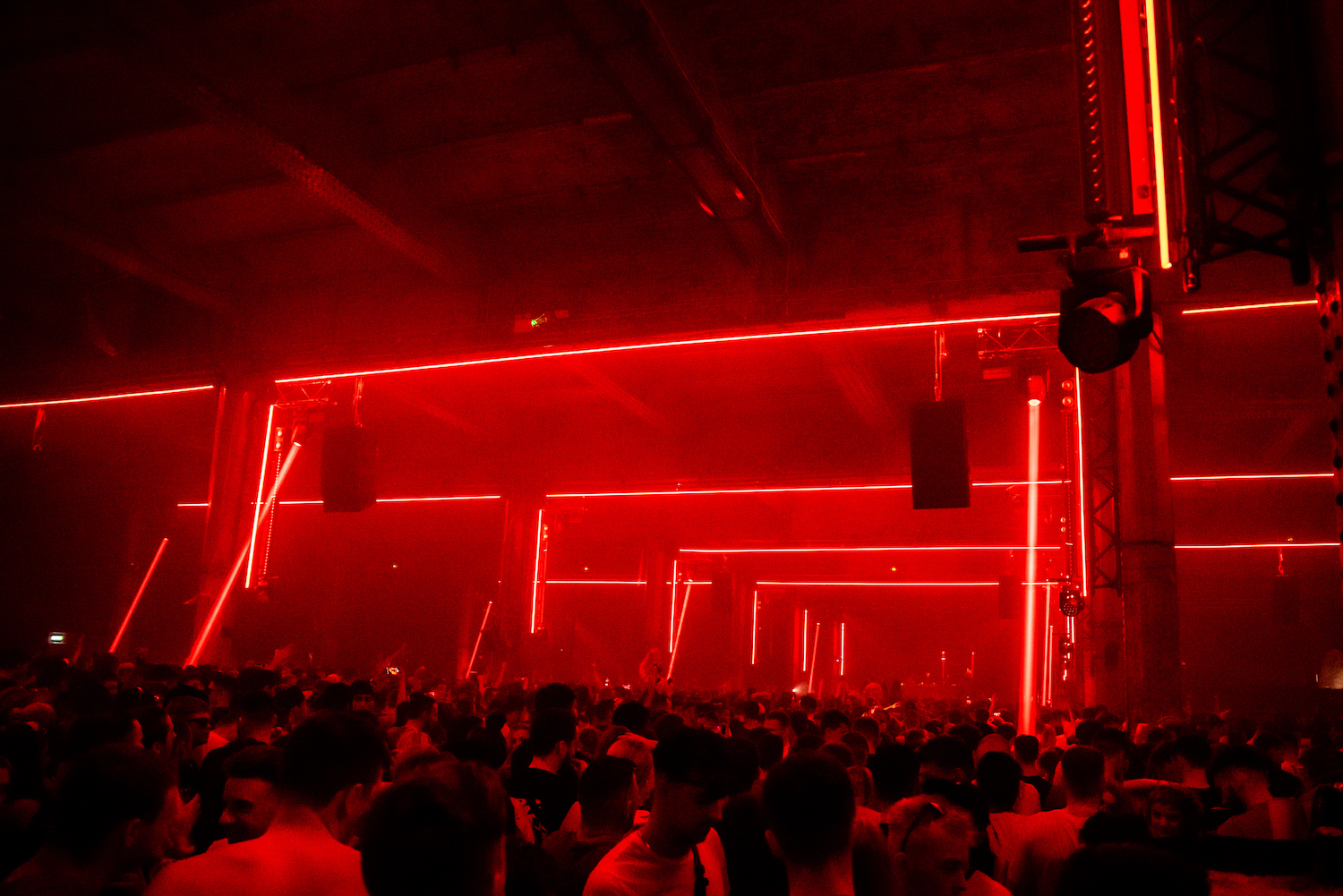 PULSE: NEW YEAR'S DAY
LA BELLE ANGELE, EDINBURGH
After more than a decade occupying lofty heights in Scotland’s techno scene, the Pulse crew understand exactly what proper business is. Fists and feet at the ready as northern English-bred banger Blawan finds himself standing atop the bill. He’s in good company, as DJ Mag favourite Dax J is set to show why he’s among the most uncompromising names to land on the scene in some time. SNTS doesn’t play the UK often enough, so there’s another major selling point, with star in ascendance Stephanie Sykes completing the rundown of headliners. Darrell Pulse and Sean Laird offer their much-welcome support.
9PM - 5AM / £25 - £30

DEFECTED NYD
PRINTWORKS, LONDON
You’ll struggle to find a house music label with anything like the longevity of widespread appeal Defected Records claims, making this a New Year’s Day party many will feel a real affinity to. Simon Dunmore, the man who took a punt and established the imprint way, way back in the days, is on in Press Halls, joined by a strong contingency including New York hero Armand Van Helden, Britons Sam Divine and Low Steppa, with continental faces Ferreck Dawn and Roberto Surace. In the Dark Room, meanwhile, you get decade spanners Smokin’ Jo, Seamus Haji and HiFi Sean. Selectors suited to this kind of celebration.
12PM - 11PM / £44.50 - £49.50

TRUST NYD
FOLD, LONDON
Since August 2018 FOLD has been a favourite with London’s stamina crew. An ideal destination for New Year’s Day then, those in charge are putting faith in the fittingly-named Trust for 12-hours aimed at those who choose not to know better. Debuting back in October, the party is the brainchild of Saoirse, a name experienced in taking heads on wild rides between ambient, jazz, downtempo, garage, techno and more. Shanti Celeste and Andrew James Gustav have decided to join, which is incredibly good news from where we're dancing.
7AM - 7PM / £10 - £20

MAXIMUM PRESSURE x NYD 2020
SWG3, GLASGOW
Slam have done Hogmanay proud many times over during the course of their career, but are far from finished yet if this is much to go by. French master of visceral and violent noises, I Hate Models, the ever-compelling Dasha Rush (live, no less), and AISHA share honours with Glasgow’s revered vibe merchants, Dixon Avenue Basement Jams, the equally groove-driven Brain Dancing, and a b2b from two to remember; Sub Club residents Telford and Stevie Cox.
8PM - 3AM / £28 - £30