Loraine James: How I Play Live

Hyperdub affiliate, Loraine James, takes us behind the scenes of her live show, set-up and performance approach

Last year’s ‘For You and I’ on Hyperdub saw Loraine James’ glitched, chaotic sonics compete with softer themes on an album that drew praise from every corner of electronic music (it impressed us that much it won our album of the year). The personal themes, exquisite sound design and guest vocalists all painted a charged image, framed on the album’s cover — a picture of the North London estate she grew up in.

While ‘For You and I’ was something of a breakthrough for James, she’s been making music and playing live for many years, starting with her first show in 2015. We caught up with her about her live setup, her approach to performance and how improvisation feeds creativity.

How did the concepts around your live show first start?
“I didn't think about doing live sets until my college teacher showed me the [Novation] Launchpad. From there, I purchased one and taught myself how to use it and bought a MIDI keyboard too, as I play the keys.”

What were the main challenges when you first start playing live?
“My first show was at [former Dalston bar] Birthdays in 2015, and I had no idea how to compile all songs into one project, so once I finished a song, I’d literally stop and had to press ‘Load Project’, which was awkward and embarrassing. After that show, I looked up a few YouTube videos and now limit one song to eight tracks max because the Launchpad and APCs have an 8x8 grid.”

How does your live setup relate to your studio setup and the way you write music? Do you ‘jam’ in the studio, or do you reverse engineer tracks for live after?
“When I’m making a track, there’s a lot of improvisation going on. Once I have a rough idea, I’ll just click Record, because I’ve found when I’ve tried to practice something over and over, I lose the momentum.  Sometimes I’ll make a track and think, ‘Ahh, how will I play this live?’ But sometimes thinking that way limits the creative process, so I try to just make the track, and think about that only.”

What were your first live shows like?
“I mentioned about the Birthdays show. But when I released my first album, ‘Detail’, in 2017, I had an album launch. I still hadn’t played that many shows at all, at that point, [and] halfway during my set Ableton just crashed on me. I was pretty annoyed about that.” 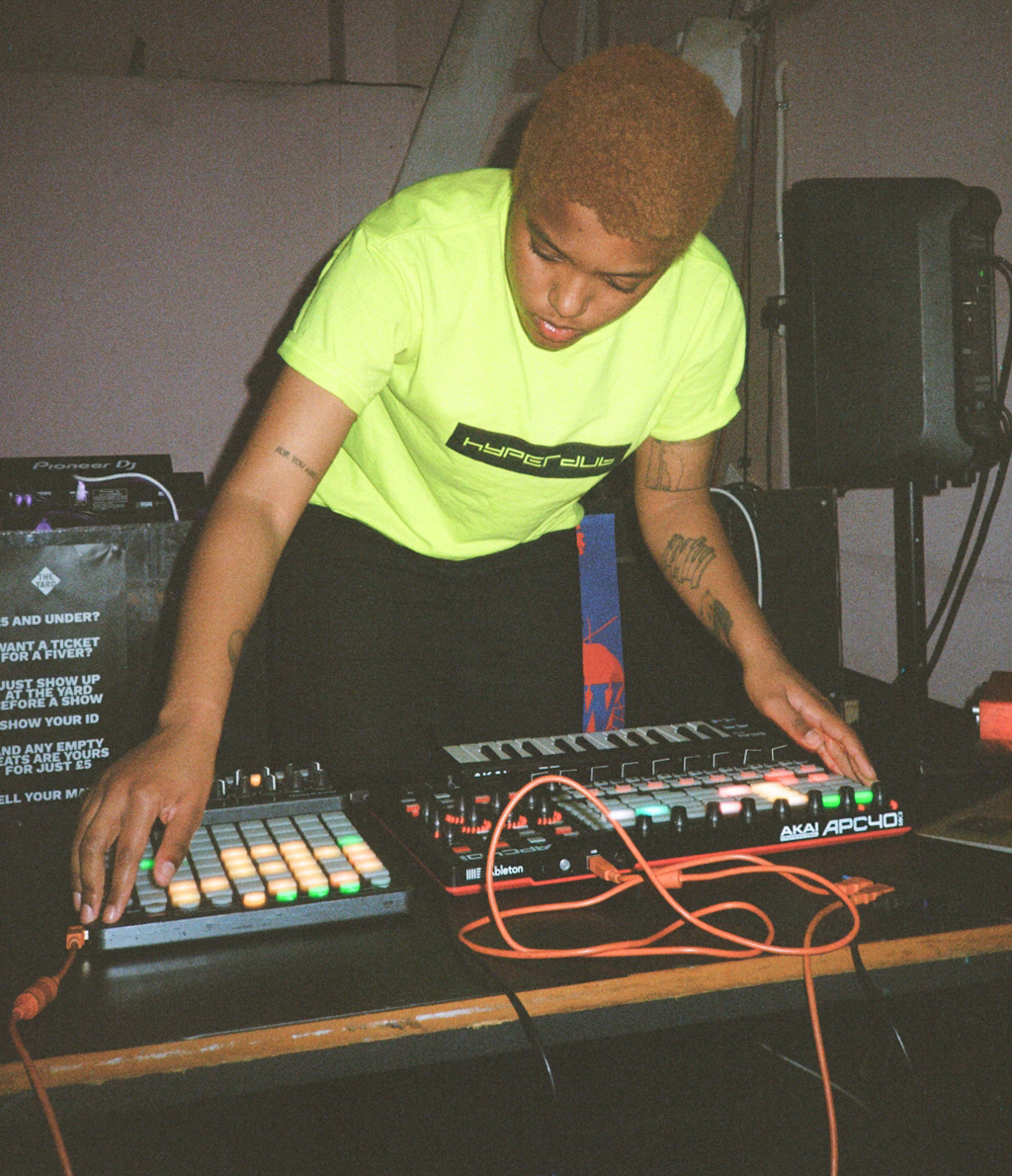 How ‘live’ is the show? How much room do you give yourself for improvisation?
“It’s weird because sometimes when I’m really nervous for a show, I’ll play it really safe and not improvise as much as I normally do, or there are times where I feel like I get too comfortable so I just play a song how I’ve played it before, because I know it’s good like that. I don’t like that I do that sometimes, honestly, because I think I was improvising a lot more a few years ago, and I feel like I play it a bit safe now. Also it’s kinda hard creating a whole new set for every show, as I have a full-time job too.”

How do you prepare for the live show in Ableton? Is it a case of arranging your stems in Clip View or do you prepare unique clips for live use?
“Yeah, for each song I have the main song ideas as clips, and then I leave room to play around with stuff, whether that’s through vocal chops or glitching etc.”

What’s the setup now?
“It’s not changed at all. It’s a MIDI keyboard, [Novation] Launchpad and Launch Control, APC40 MKII and my Mac.”

How would you like to see the setup evolve?
“I’ve just bought a new Launchpad, so I want to spend some time using it to its full advantage and change my set a bit, because it’s kinda been the same for about a year.”

What do you think is behind the emergence of more live electronic music performers?
“Honestly, I didn’t think there was an emergence because I’ve been thinking, ‘Ahh I can’t DJ so will that be a problem for people booking me?’ And playing live sets all the time does take a lot out of me, but it’s incredibly rewarding to just put your heart and soul out there with your own music. But yeah, I’ve been wrestling with the thought of learning how to DJ for a few years now, maybe someday.”

Any advice for anyone who’s looking to take their music live?
“You don’t need to get the most expensive things and worry about how ‘live’ it is. Do what you want to do at the end of the day.”

Want more? Read our How I Play Live with Giant Swan.