Our annual Top 100 Clubs poll, powered by Miller Genuine Draft, is a shining example of the diversity of modern nightclub culture. The once ubiquitous pitch-black room is no longer the norm. In last year’s ranking, 22% of the venues were outdoors. And if you are dancing outside, be sure to immerse yourself in nature’s stunning architecture. Here we dive into some of the planet’s finest clubs in unique natural locations...

More like a mini-festival than a traditional club, Green Valley was born from humble beginnings. On the opening night – over a decade ago – the venue was no more than a makeshift tent. Fast forward to 2019 and Green Valley, a three-time winner of Top 100 Clubs, is one of the most iconic spaces in modern clubland. A multi-stage playground, surrounded by lush vegetation and a picturesque lake, the club is utterly unique. Simply an incredible place to party. 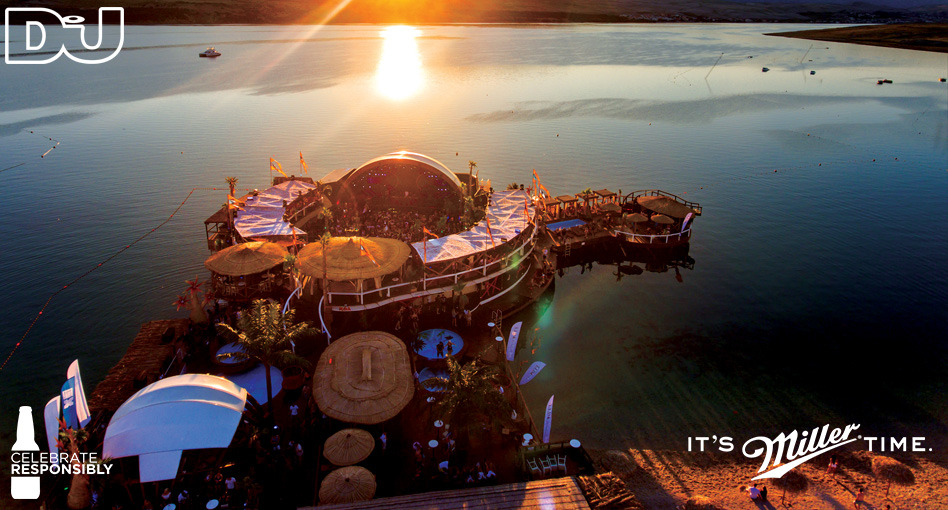 Zrce Beach, on the Croatian island of Pag, is home to no less than four Top 100 ranked clubs: Papaya, Noa, Aquarius and Kalypso. The four venues, which have combined resources to host festival-style events across the beach, have their own defining characteristics: Papaya’s vast stage and multiple dancefloors; Noa’s all-wood frame, reaching out into the ocean; Aquarius’ state of the art production; and Kalypso’s authentic, original charm. However, it’s their shared vista of the turquoise Adriatic Ocean that wins them space on this list.

Richy Ahmed says it’s his favourite club in the world. Bushwacka!, aka Just Be, loves it so much that he wrote a tune especially dedicated to it. And wAFF is so enamoured with the place that he recently played there for over 12 hours a day, three days in a row! The reputation of Lost Beach has spread far and wide through the underground house and techno communities, so that international touring DJs are now queuing up to play there. The venue is situated on the west coast of Ecuador in the midst of what owner Kami calls “a small hippy surf beach town”. The rustic beauty of the location is amplified by the vast bamboo structure that surrounds the club. And when the music winds down outside at around 4 AM, the party moves indoors to an afterhours space called The Cave. It’s an amazingly friendly place to club and to play — a real labour of love — and has totally helped to revitalise the Montanita beach area. 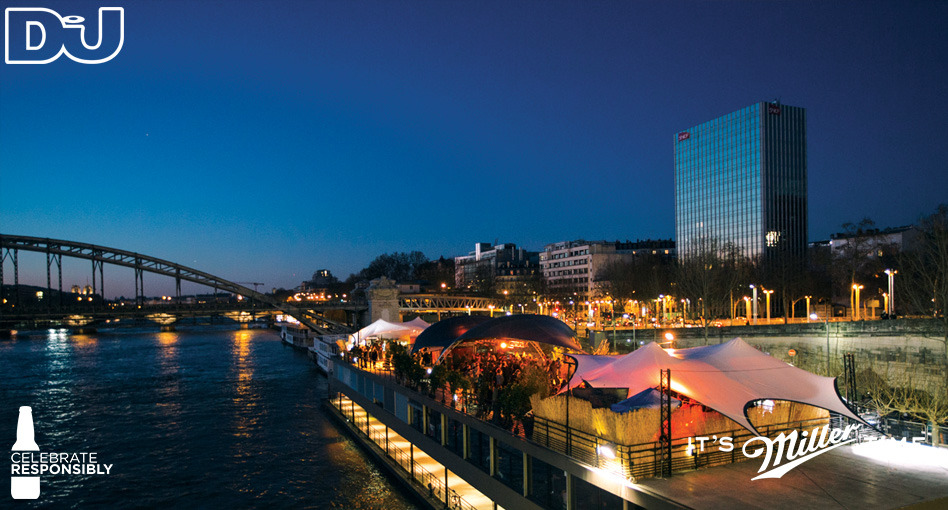 With picturesque views across Paris’ River Seine, Concrete is a three-floor boat with a 24-hour license seven days a week. The main room is kitted out with a Funktion One Soundsystem and the Woodfloor is an outside space ideal for those all night long DJ sets. Concrete’s biggest event is the monthly Samedimanche party that runs for a supercharged 28 hours with 12 to 15 artists invited to play over the duration. In the last year, the club introduced a chillout floor complete with sofas and space to take some time out; a perfect pit-stop to take in one of Europe’s most important waterways. 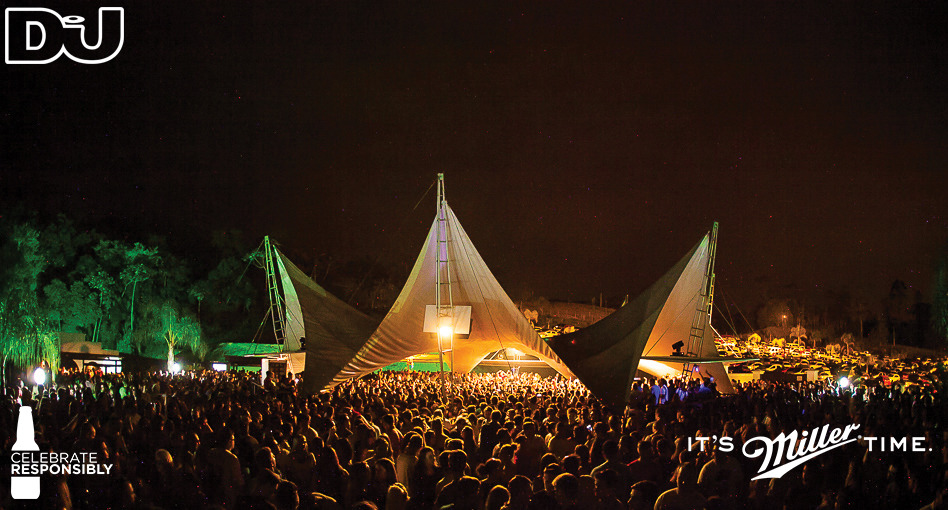 A sprawling jungle paradise located on a former farm on a stunning hilltop next to a lake, Matahari is a 5,000 capacity space that further elevates Brazil’s standing in the international club scene. The club is known for a hands-up party atmosphere, indebted to some incredible production, including CO2 cannons, a giant LED ceiling and a seemingly infinite supply of confetti. If you’re going, be sure to hit the sunset sessions – watching the sun descend behind the jungle canopy rivals any sunset on earth.

The most famous club in Greece by some distance, Cavo Paradiso has been operating for 25 years. Perched on a 150-foot high cliff-top overlooking the Aegean Sea, the views are spectacular from this partly open-air venue, which takes full advantage of its idyllic island climate. Inside, the venue is built from natural wood and stone, while outside, revellers dance around the pool. The parties last all night till the sunrise — a spectacular sight, and one of the reasons Cavo is known all over the world. 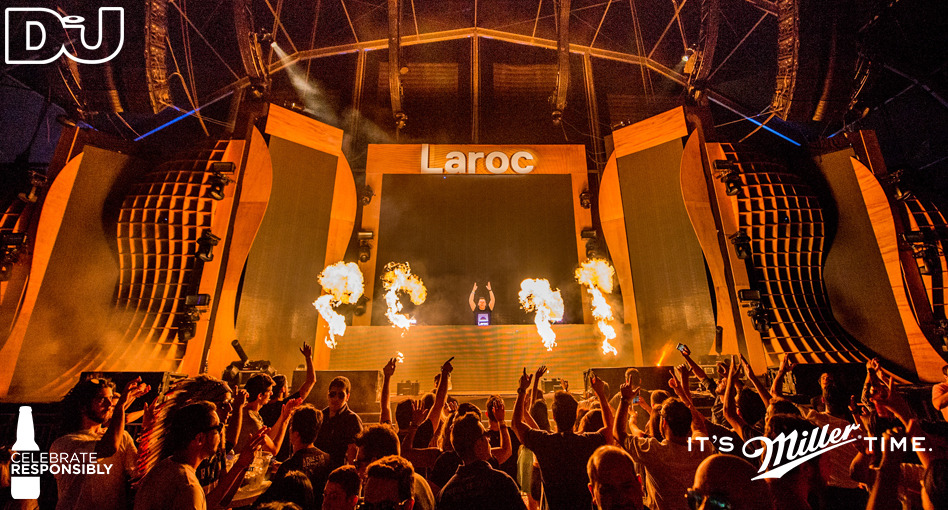 Situated slap-bang in tropical paradise, due north of São Paulo in Valinhos, Laroc is a truly singular venue. A breathtaking open-air structure in the middle of a lush valley surrounded by forest and mountains, it’s a place where festival and super-club vibes combine by way of a pool, huge LEDs, a precision soundsystem and a stunning sunset vantage point.

This content is produced with support from Miller Genuine Draft.