No club on earth goes deeper, longer or harder than Berlin’s Berghain. A true adult playground, the notorious former powerplant officially opened as a club in 2004 and has since left an inimitable mark on the electronic music scene.

While other such venues would have cashed in by now with world tours and gimmicky nights, Berghain has vehemently stuck to what made it so successful in the first place, namely a stringent door policy, a steadfast refusal to compromise and an all-round liberal and tolerant attitude. Not to mention an exceptional music policy and a soundsystem that’s among the world’s best.

A byword for all that’s great about electronic music, anyone who’s witnessed Berghain in all its glory can testify to its undoubted brilliance. From chief bouncer Sven Marquardt to its iconic Wolfgang Tillmans artwork to its strict no cameras policy, Berghain really is unlike any other club on the planet. With all this in mind, we decided to run through some of the club’s most iconic moments. Or, at least, the printable ones…

Berghain’s current location is nestled between two prominent Berlin districts (Kreuzberg and Friedrichshain, hence the name) and first opened as a nightclub in 2004. However, its roots go much further back.

Berghain as we know it today is the reincarnation of the legendary Ostgut club, which ran successfully from 1998-2003, and emerged as a male-only fetish nightclub called Snax. The Snax brand lives on at Berghain’s current home, while the old Ostgut has made way for Berlin’s Mercedes-Benz arena (formerly the O₂ ). If walls could talk, eh? 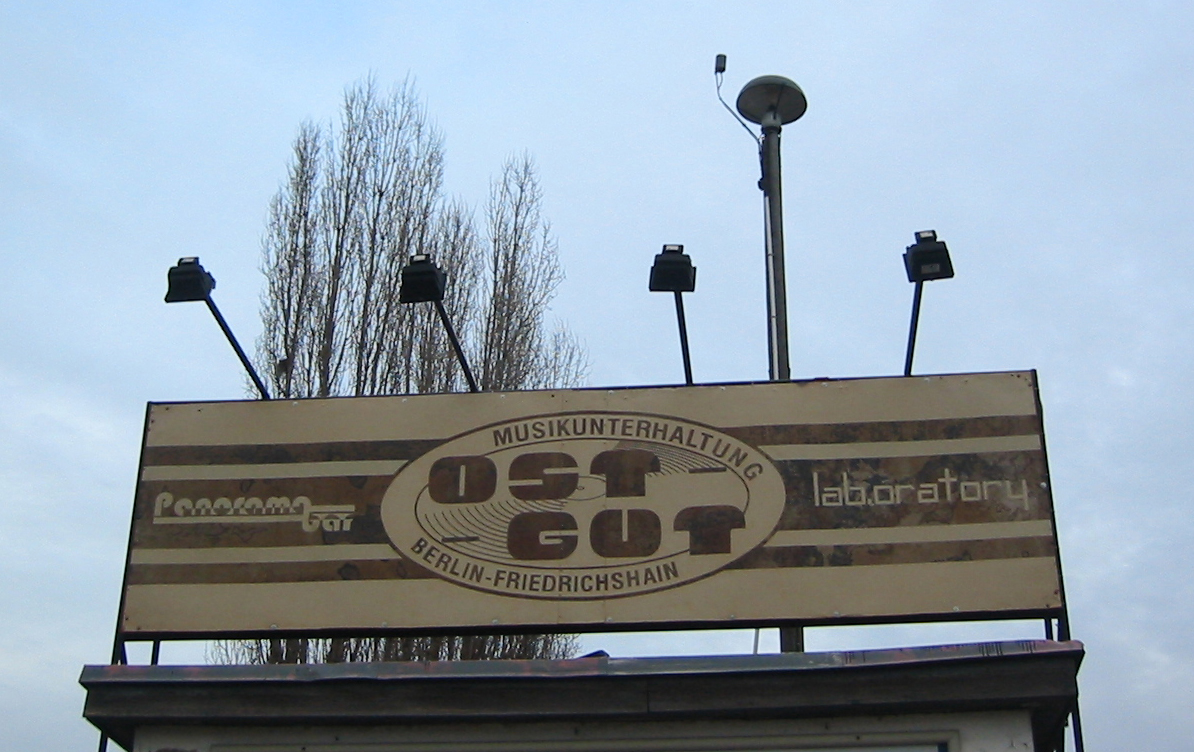 Considering the wealth of talent at the club’s disposal, it was only really a matter of time before Berghain launched its own label. A medium for strictly cutting-edge music,  Ostgut Ton has since emerged as one of house and techno’s most essential imprints.

From deep house classics (Tony Lionni’s ’Found a Place, Steffi & Virginia’s ‘Yours’) to more techno-tinged anthems à la Ben Klock’s ‘Subzero’, straight through to timeless mixes from the likes of Marcel Dettmann, Len Faki, Prosumer, Tama Sumo and Ryan Elliot, Ostgut Ton is a label that brilliantly captures the sound of both Berghain and its sister club, Panorama Bar.

Recent offerings by the likes of Kobosil and Etapp Kyle would suggest that the label’s penchant for brilliance shows no sign of slowing down.

Few DJs earned as much love (or built up as much of a legendary following) as Prosumer did during his residency at Panorama Bar. A true house music connoisseur, the German DJ embodied all that’s great about the more house-inclined club.

So, the sudden news that he would be departing his fabled residency was one that was met with genuine sadness by many of the club’s regulars. Besides that, Prosumer’s Panorama Bar mix is widely accepted as the best mix Ostgut Ton has ever formally released. Here’s hoping we see him back at the club one day.

Berghain has never been afraid to champion out-there sounds. Scuba’s massively successful SUB:STANCE night, a heady combination of dubstep and bass music, was proof of the fact. The British DJ’s night regularly featured a diverse array of acts, with the likes of Mala, Shackleton and Pearson Sound often joining him behind the decks.

Although the club was taking something of a calculated risk when they first signed up Scuba for a residency, it soon proved to be one of Berghain’s most popular nights. Plus, how about the below for a way to bow out? 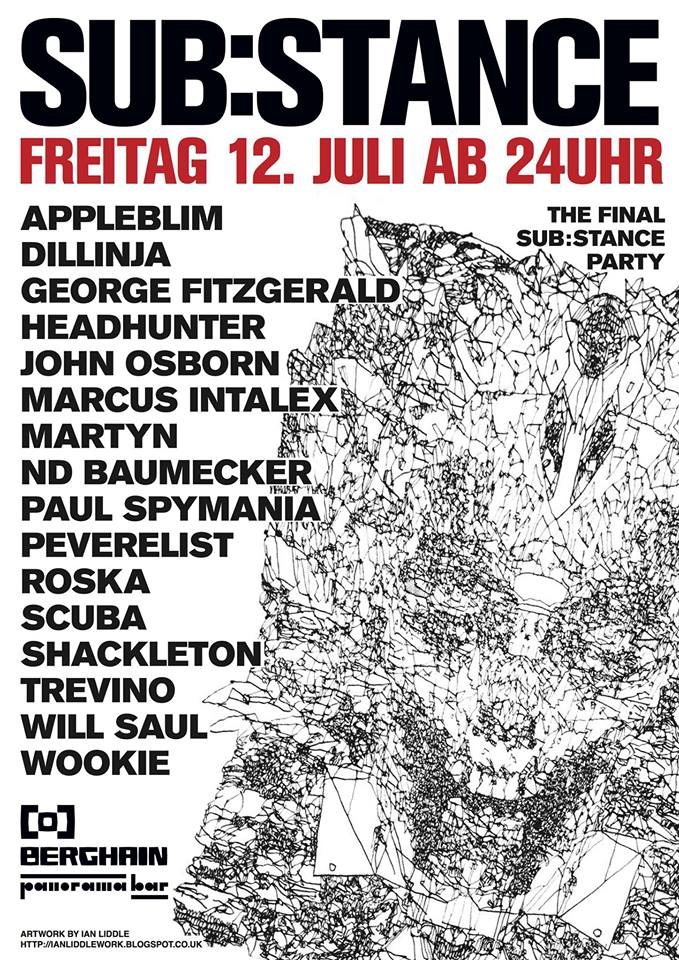 Berghain’s annual birthday session is typically one of Berlin’s biggest such parties each year. Much like their famed new years session, the action goes on for a long, long time.

Kicking off at midnight on Saturday 13th December, the club’s tenth anniversary featured regulars such as DVS1, Ben Klock, Ben UFO, Marcel Dettmann, Gerd Janson and a live set from Shed. Not a bad way to celebrate in our book! 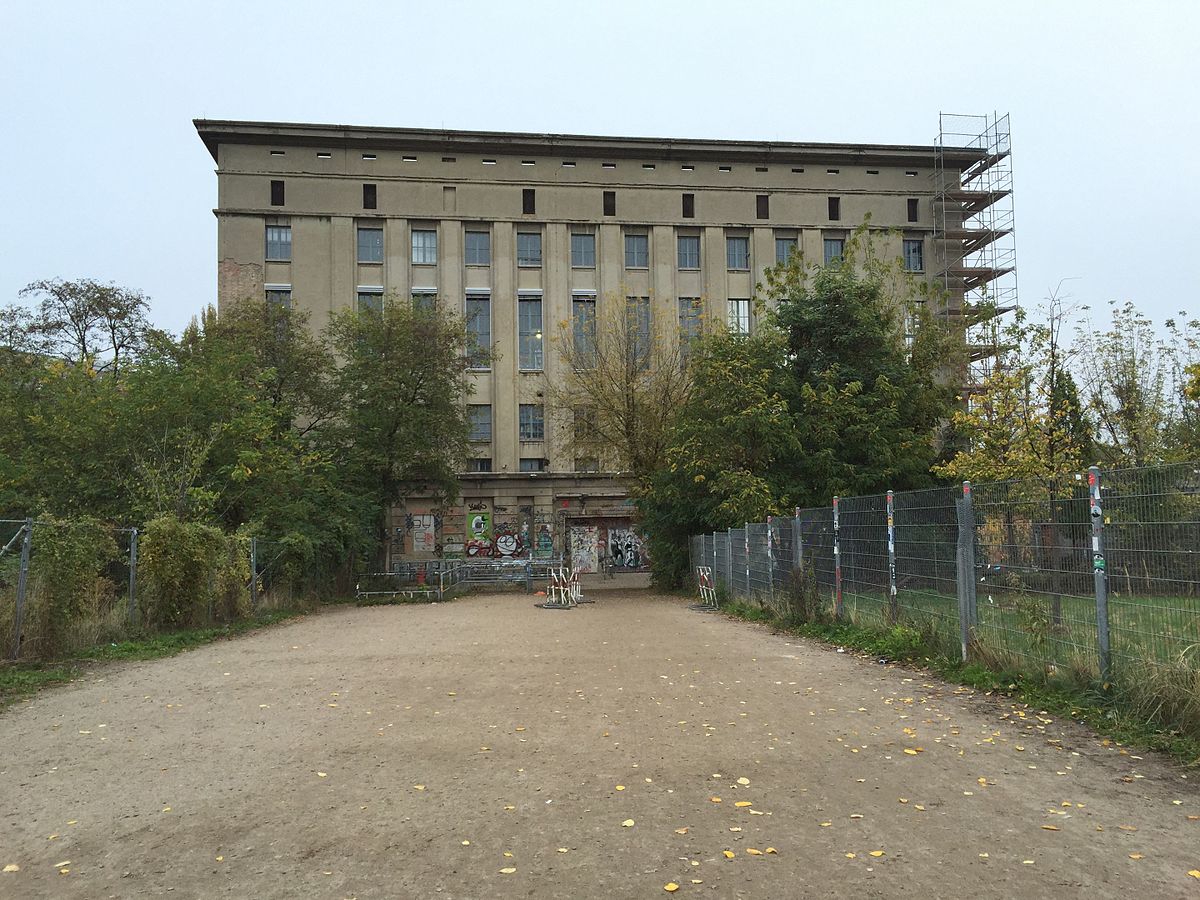 As both Felix da Housecat and Aphrohead, Felix Stallings Jr. is a man who needs no introduction to readers of DJ Mag. But Berghain didn’t earn its reputation by pandering to the needs of VIP DJs.

When Felix and his entourage were rejected, the ‘Kittenz & Thee Glitz’ producer voiced his displeasure on social media in fairly over-the-top fashion. Richie Hawtin is another who’s fallen fowl of the club’s doormen, with the Minus star famously turfed out of the club in 2009. Ouch! 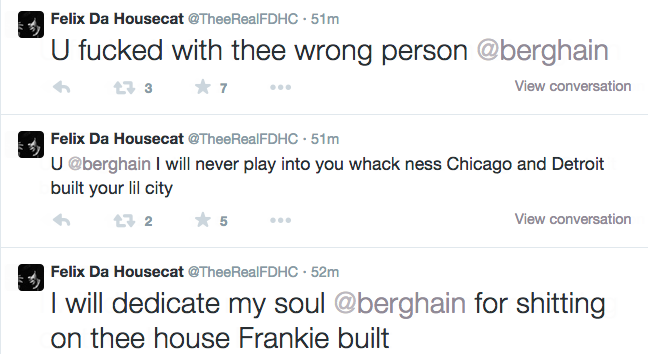 In another move that brought the club firmly into the mainstream consciousness, Homeland star Claire Danes recounted her love affair with the club to Ellen DeGeneres a few years back.

A predictably cringeworthy moment, it features Danes waxing lyrical about the club while Ellen perks up with some seriously narrow-minded comments. Two years down the line, it’s no less painful to watch.

Ryan Elliott’s Panorama Bar mix was unique for a number of reasons. For a start, it wasn’t released as a CD, but was instead made available as a free download. Compiled using a no-cost licensing scheme, Elliiott’s mix is available as a full-quality WAV, complete with hi-res art and a letter from the DJ.

Coming in at over 90 minutes, it’s also somewhat longer than a traditional mix CD yet thankfully, the quality remains. A brilliant mix that comes close to rivalling efforts from Prosumer and Cassy, it offers ample proof of the label’s determination to move with the times.

As was the case with Scuba’s residency, the recently-opened Säule building is continued proof of the club’s dedication to out-there sounds. A home to more experimental soundscapes that don’t quite fit in at either Berghain or Panorama Bar, it opened in March to great fanfare and has already hosted an array of the world’s best avant-garde and conceptual electronic music artists.

Quite what Berghain's next move is we're unsure, but knowing this globally-renowned institution like we do, it's safe to say they've a few aces up their sleeve yet. As the sign once read, just 'Don't Forget 2 Go Home'. 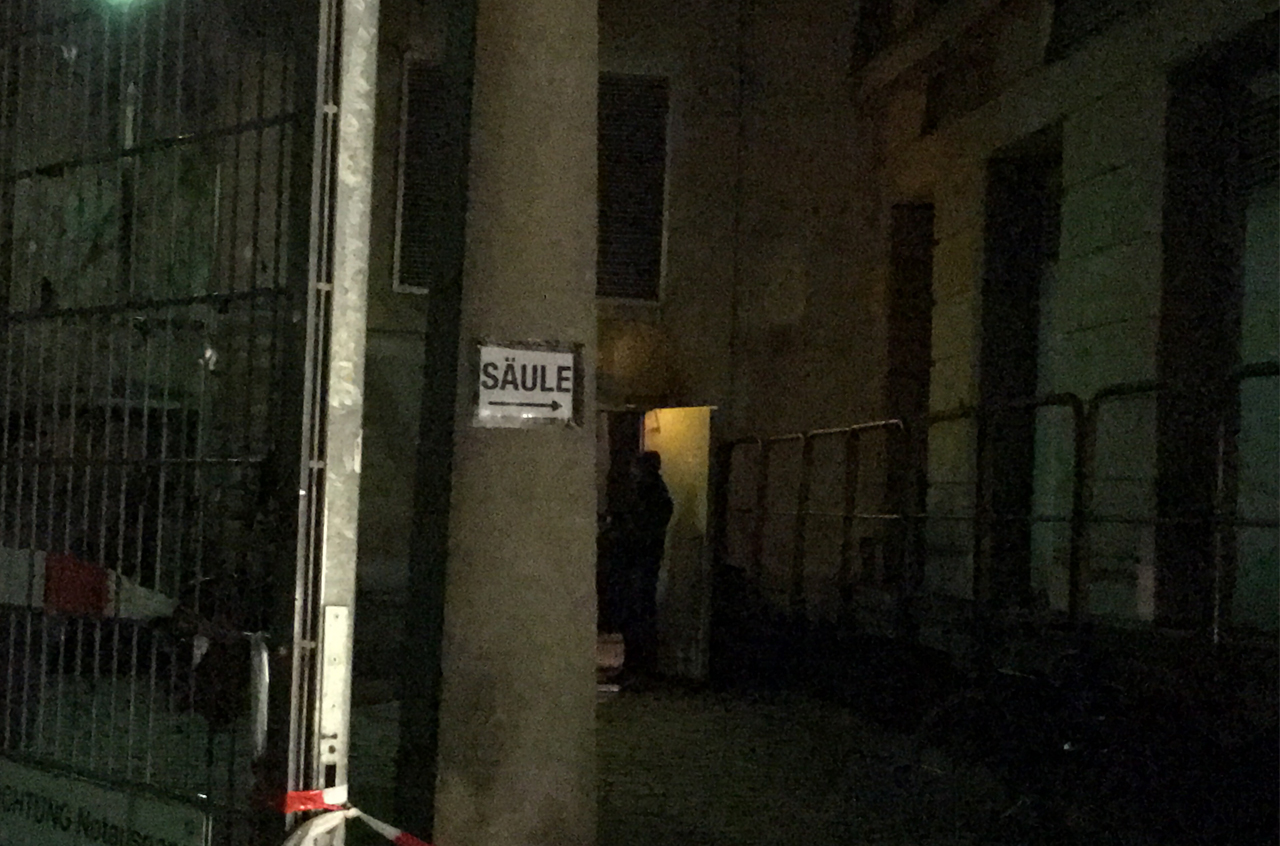 Yes, you read that right! Musically she’s not everyone’s cup of tea, but we don’t doubt for one minute that Lady Gaga boasts some serious rave credentials. So where better for the US pop icon to host a listening party for her then new album in 2013 than Halle am Berghain, a room at the venue reserved for special events?

News
Berlin to ban dancing in nightclubs from 8th December