Here's the ten acts you need to know about this month | DJMagAdmin.com Skip to main content

Here's the ten acts you need to know about this month

MOLLIE COLLINS
Master of the graft 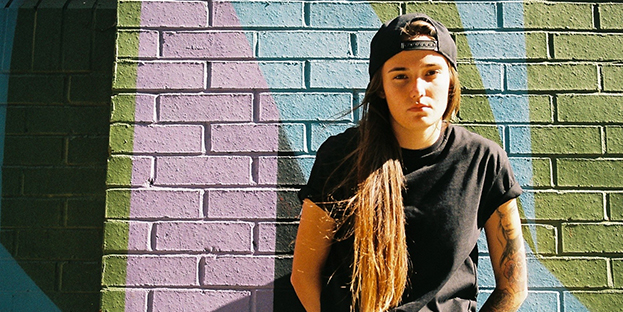 There’s a lot of depressing shit going down in the world right now, but if you need a pick-me-up just look at the story of Mollie Collins. In just two years, the 20-year-old has shot up the DJ rankings, going from small town selector to playing the likes of Fabric, Printworks and other major spots across the UK and Europe. How, you ask? The old fashioned way — determination and a big ol’ bucket of elbow grease! Having only shared her first production in January (a rolling Ed Sheeran bootleg collab with Rushmore), Mollie’s got by solely on her considerable mixing talent, developing a unique, free-roaming style that ignores drum & bass sub-genre boundaries (although leans in the favour of her first love, jump-up). Having garnered support from the likes of Mampi Swift, High Contrast and IC3, and with her first original music in the pipeline for 2017, something tells us Mollie Collins’ meteoric rise is still only just beginning.

MOONY ME
The moon and this new star 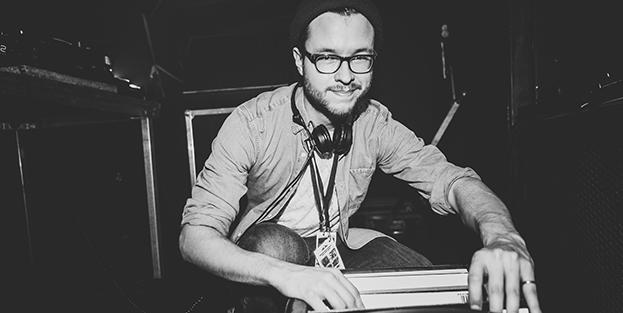 Dreamy string samples, crate-digging vinyl rips, and unconventional pitch bending techniques are what characterise Moony Me’s productions. With a vibe that branches from house, and inspiration from his Venezuelan roots stemming from African and Latin American sounds. It’s not just us that have been swayed by his music — his releases hark back to 2007 on the likes of Uncanny Valley, Rose Records, In The Box, Abstract Theory and plenty more. With a whole host of artists taking note he’s worked with the likes of Jacques Renault, Medlar, Lay-Far and various other pioneering heads on the scene. With his new label Secret Crunch run alongside Roman Rauch getting some airtime, Moony is no doubt going to be our next little star. 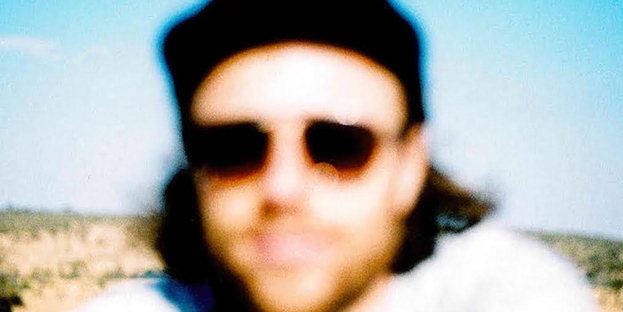 Seka aka Andy Toone’s first delivery comes in the shape of 140-gram vinyl on Alfresco Disco — smooth MPC-led, sample-based feel good cuts make for a very slick debut. However don’t get it twisted; he’s no stranger to wax. Andy’s known on the circuit for his residency at Teak in Cardiff, a pretty special underground party thrown in the basement of an antiques store. His sets move from slow, chuggy disco through to old school house and back around to laid-back jams. Weird and wonderful, peppered with ‘good shout’ tracks as he likes to call them. Nice one Seka, we whole heartedly agree. 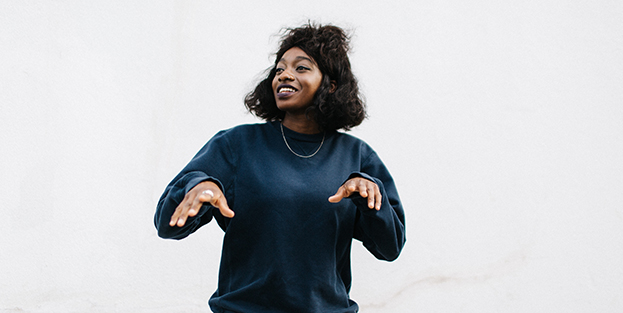 Why is Lil Simz not a star? Daft question. Racism and sexism, plain and simple, and a horribly parochial marginalisation of black British music that has lasted ever since the birth of British pop. Ever since her stunning ‘E.D.G.E’ collection from 2014 and the superb set of ‘Age101’ mixtapes that have come since Simz has been one of the most unheralded yet fascinating voices in UK music, possessed of a disarming honesty and wit in her rhymes, backed by music that seems to really explore a female aesthetic, a female way of making hip-hop, a female liquidity and shape to her music unlike anyone else.

‘Stillness In Wonderland’ is her latest salvo to a world that bitterly refuses to make her the superstar she should be. You’ll again be left angry that she’s not a figurehead of British music. In a curious way, in her self sufficiency and fearlessness, she’s the best figurehead we’ve got. 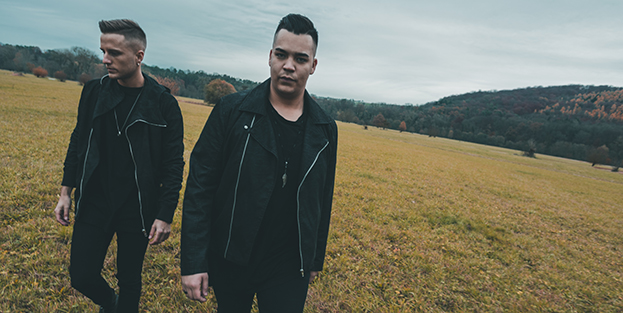 Already known for their triumphant Another Mind imprint, SHDW and Obscure Shape are set to break down walls as thick as Berghain in the techno world. Outside of their label and infamous Stuttgart party series, last summer they released a track on Tale of Us’ 'Afterlife' compilation ‘Realm of Consciousness’ that’s still doing the rounds. Their latest is a split EP of their earlier works, calling upon a powerful collection of names to remix such as Rødhåd, Konstantin Sibold, Dax J and more. This year expect highflying releases on Radio Slave’s Rekids and SLAM’s Soma sitting them alongside some of techno’s highest authorities. 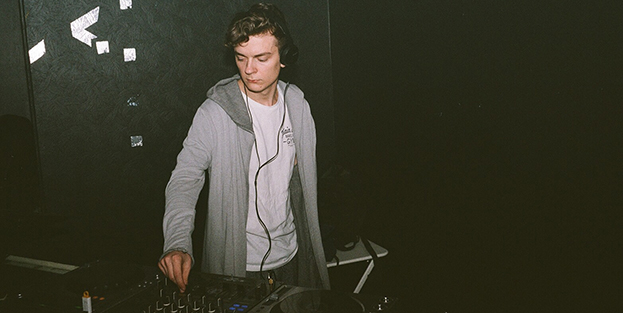 Threatening, obtuse and nightmarish, the music of Latvian producer W3C isn’t exactly the most user-friendly, but we’d expect nothing less from an artist championed by Canadian/Mexican outlet, Infinite Machine — a label far more concerned with aggressive progression than what’ll get bodies on the dancefloor down at your local sheuxsy bar.

Following his debut EP for Pinch’s Cold Recordings last year, W3C recently returned to IM with his first solo effort for imprint, ‘State Of Absolute Alienation’. Combining booming industrial techno and screeching, sandpaper cyber-grime, the EP not only sounds like the pre-cursor to an extraterrestrial invasion, but goes one step further, launching a fearsome assault that borders on sonic GBH. Don’t be too intimidated, though — the creative production on offer is well worth a bit of an ear-battering, and if you weren’t already a futurist devotee, we predict the open-minded will be diehard converts before the end. 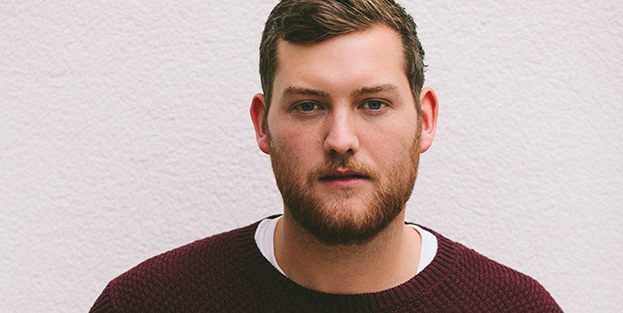 Totes emosh nu-house newbie Mona Vale is making waves. Plays on Radio 1 by Pete Tong and Danny Howard, a remix for Ninja Tune's Counter Records, plus a premiere on Eton Messy's YouTube channel are just the start for a multi-instrumentalist from the UK who takes his cues from the likes of Mount Kimbie, Bonobo and Four Tet.

Inspired and named after a visit to a place in Australia, Mona Vale makes scenic house to spur on wistful memories of sepia sunsets. 'Not Given Up' is a heartfelt ode a broken relationship and 'Don't Turn This Around On Me' (which dropped onto Cherry House Records at the end of Jan) is a harmonic cascade of pitched up vocals and beautiful electronic bells. With three singles to come over the coming months, Mona Vale has not a lot to moan about. 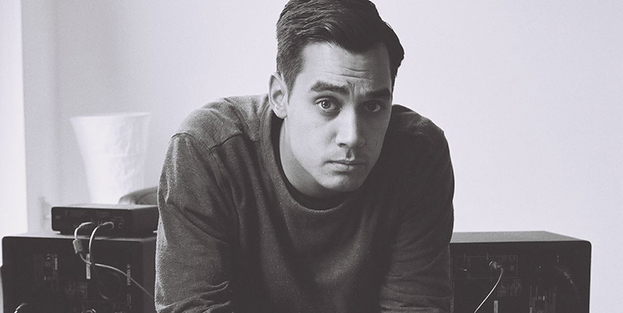 Hailing from Utrecht, Locklead is the DJ/production name of 27-year-old Wesley Endeman, who has been making up-front house in the vein of DJ Haus and Samuel Deep for a hot minute. After early support from Koma Records and Raw Underground, the Dutchman dropped his ‘Stutter’ EP with Wouter S on Hot Haus Records as well as the ‘Deepcore’ EP on Unknown to the Unknown. They were a collection of releases that saw Endeman develop his signature sound, which hovers between jacking house, raw techno, and the swung groove of UKG.

In early 2017 Endeman sees his ‘Madniz’ EP land via Borg Ltd, as well as his second release on Slapfunk Records drop shortly after in ‘Teknique’ on the ‘Raw Joints 5’ EP. We can’t think of any finer seal of approval than being locked for the imprint’s fifth anniversary tour, which sees Locklead spin at parties across Europe, including dates in London, Paris, Berlin, and Ibiza. 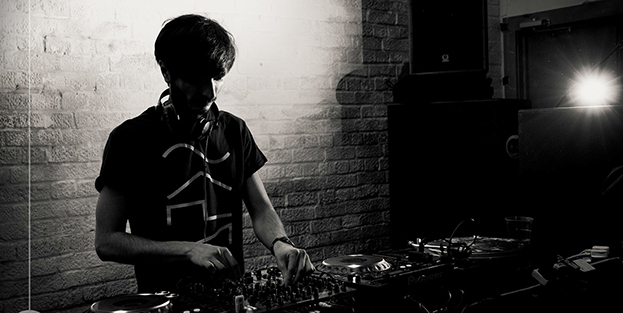 Cally is the Romania-born London-based resident at Stump, the London party that hasn’t turned a year old yet but has established itself as a leading light in the capital’s minimal scene having already had Raresh, Barac and Arapu all spin. Real name Dragos Gabriel Dumitru, the DJ/producer is a co-founder of Stump, which also saw its first party in Romania in November too, with Sedee, Mihai Popescu and Theirry all joining Cally at Casa de Cultura a Studentilor in Craiova.

He can also count Dorian Paic as a fan, who dropped Cally’s ‘Gud Gioc’ onto his ‘Cocoon Heroes’ mix alongside fellow Romanian Priku and minimal master Zip. The Stump resident is launching his own label later this year too and, having already seen release on imprints including Fear Of Flying, Brouqade Records and Inwave with his wandering cuts of low-end focused minimal, it doesn’t seem long until Cally will be joining Romania’s elite on bigger bills across the continent.

12 emerging artists you need to hear this March

Features
The real life of an underground DJ: Part III