This year’s headliners include Beyonce (who cancelled last year due to the birth of her child), Daft Punk collaborator The Weeknd and Eminem.

Elsewhere, the line-up includes Busy P, Detroit Love (a special three-way performance between the legendary Carl Craig, Moodymann and Kyle Hall), and Nile Rodgers and Chic, who are expected to finally release a new Chic record this year.

Maustrap’s Rezz has been rewarded for her meteoric last year and will be playing the festival for the first time having released her excellent debut album last year.

For the EDM aficionados of you out there, the line-up is a little thin on the ground with Alan Walker and San Holo playing the festival for the first time.

Europe's underground artists are well represented on the line-up too, with the likes of Joseph Capriati, Kölsch, Chris Liebing and Michael Mayer all confirmed to play.

The festival, which will run over two weekends once again, will be taking place between Friday 13th April to Sunday 22nd April at the Empire Polo Club in Indio California.

Last year, Coachella's organisers announced that a new 10-day festival will be taking place in London later this year, dubbed All Points East. 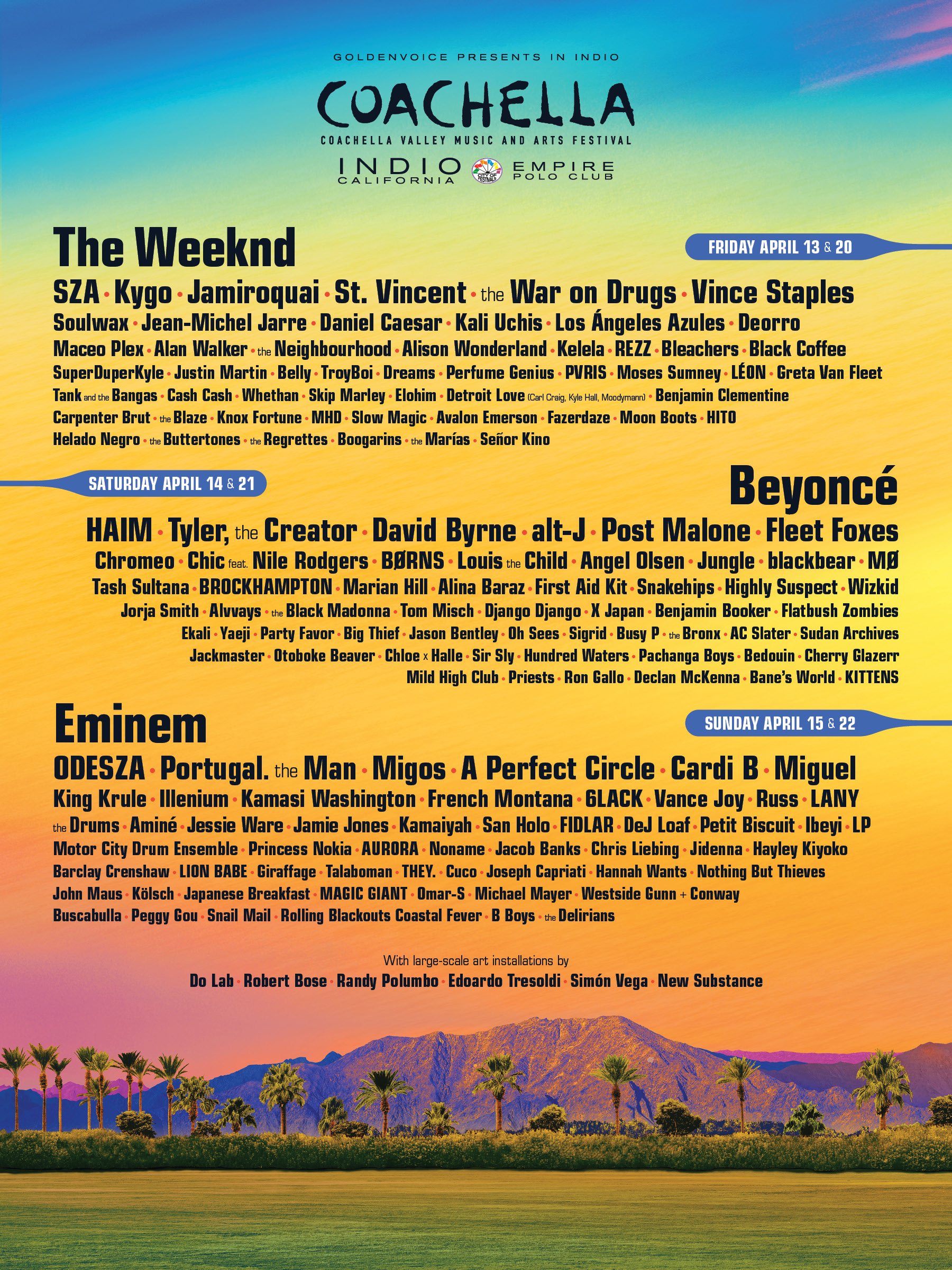