De School is running a 62-hour party at ADE

Amsterdam's multifaceted venue De School has unveiled its plans for its 62-hour ADE extravaganza during next month's music conference.

The venue has today unveiled the full 62-hour timetable of concerts, DJ sets and art exhibitions, which will be taking place at the old school across four different locations.

You can see the full breakdown of De School's ADE party below, but some of the main takeaways are sets from Young Marco, Job Jobse and Avalon Emerson.

De School, which is from the team behind Trouw, has been operating as a nightclub, restaurant, gym and gallery since opening in 2016.

The party is set to run continuously from Friday 20th October to Monday 23rd October.

"It seemed more fun to try and show how different disciplines, genres and subcultures are related, instead of breaking them apart."

Check out the timetable below. 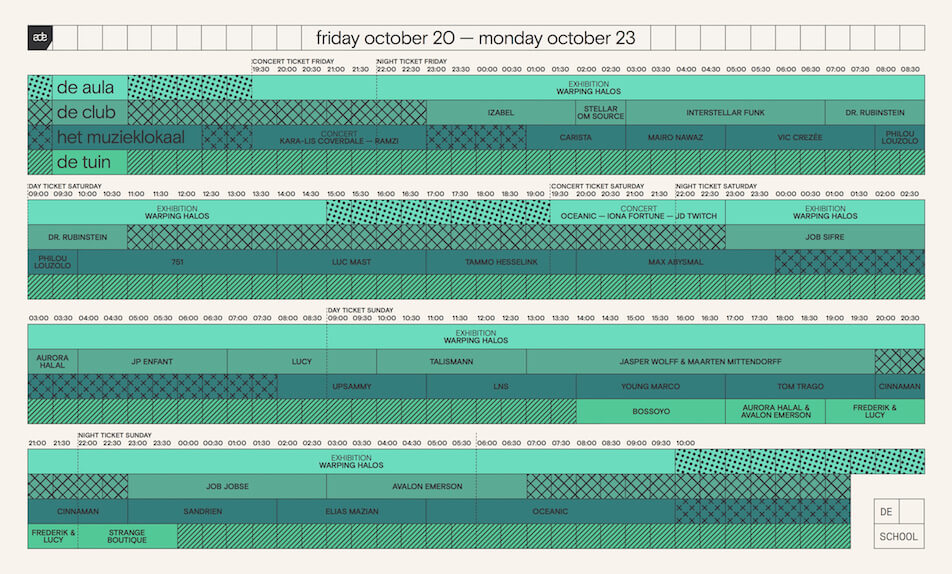