Dekmantel has shared full details for its 2019 edition and, once again, it features a jaw dropping line-up.

You can see the full line-up below. 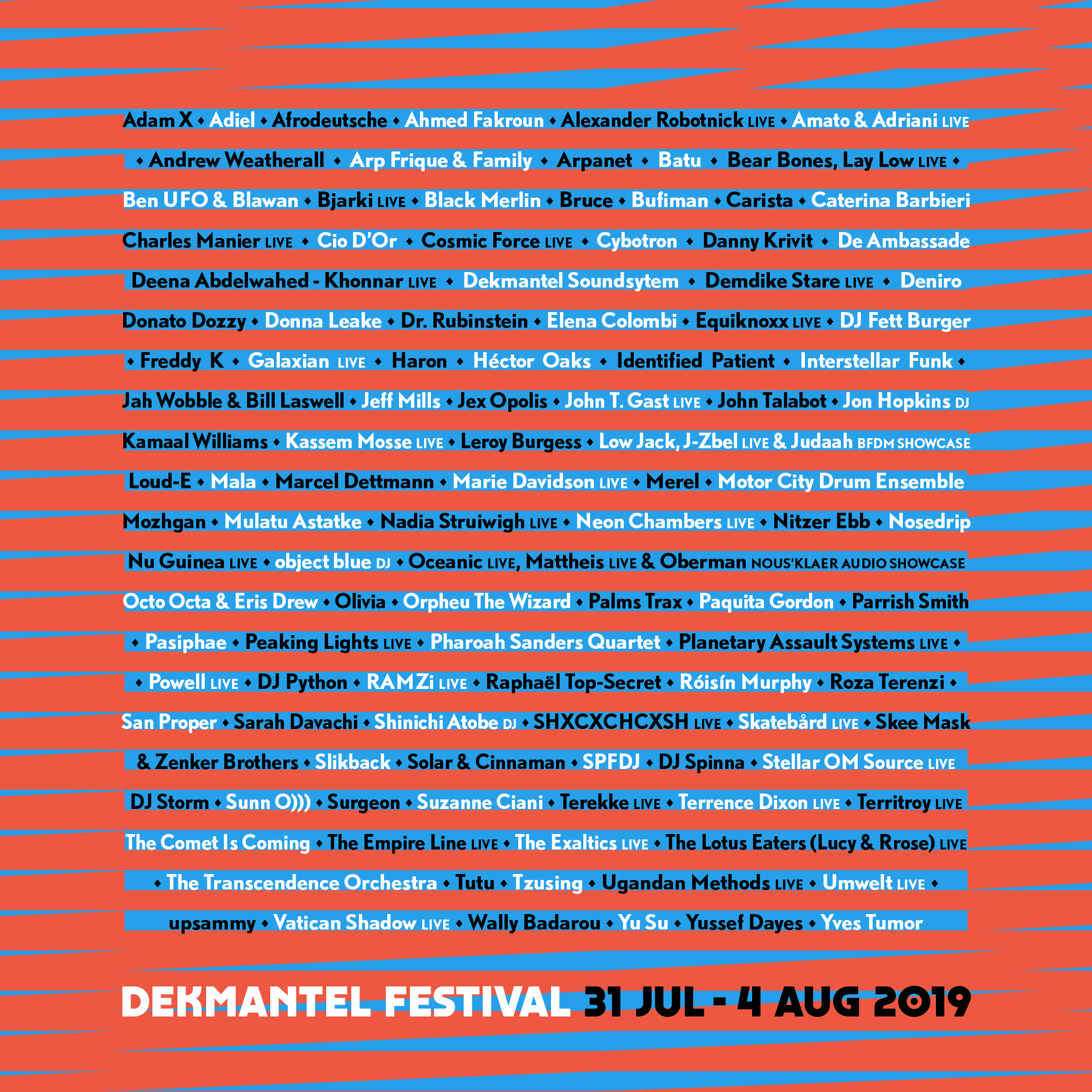