Hyperdub will celebrate their 15th birthday with a party at London's Village Underground later this month.

Featuring a number of core members from the label's roster, the party will see Kode9 playing b2b with a special guest who will remain unannounced until the party. The label has hinted that the guest is a "South London legend" and old friend of the label, and added that the b2b will mark the first time the two have played together in the UK.

Other artists representing the label at the night include Lee Gamble, Cooly G playing b2b with Okzharp, Scratcha DVA (who will play as Scratchclart alongside Lady Lykez) and Teklife co-founder DJ Spinn, whose new EP, 'Da Life', will be released by Hyperdub on the same day as the party.

The label's new school will be covered by Proc Fiskal, Nazar and Loraine James, fresh from the release of her debut album, 'For You And I', on Hyperdub.

The party will take place on Ocober 18th and tickets are on sale now.

Hyperdub has a busy end of the year ahead. On October 17th, the label's monthly Ø party will return to London's Corsica Studios with a lineup highlighting Shanghais' SVBVTL label. The label will also release a new EP from Lee Gamble and album from Doon Kanda next month. 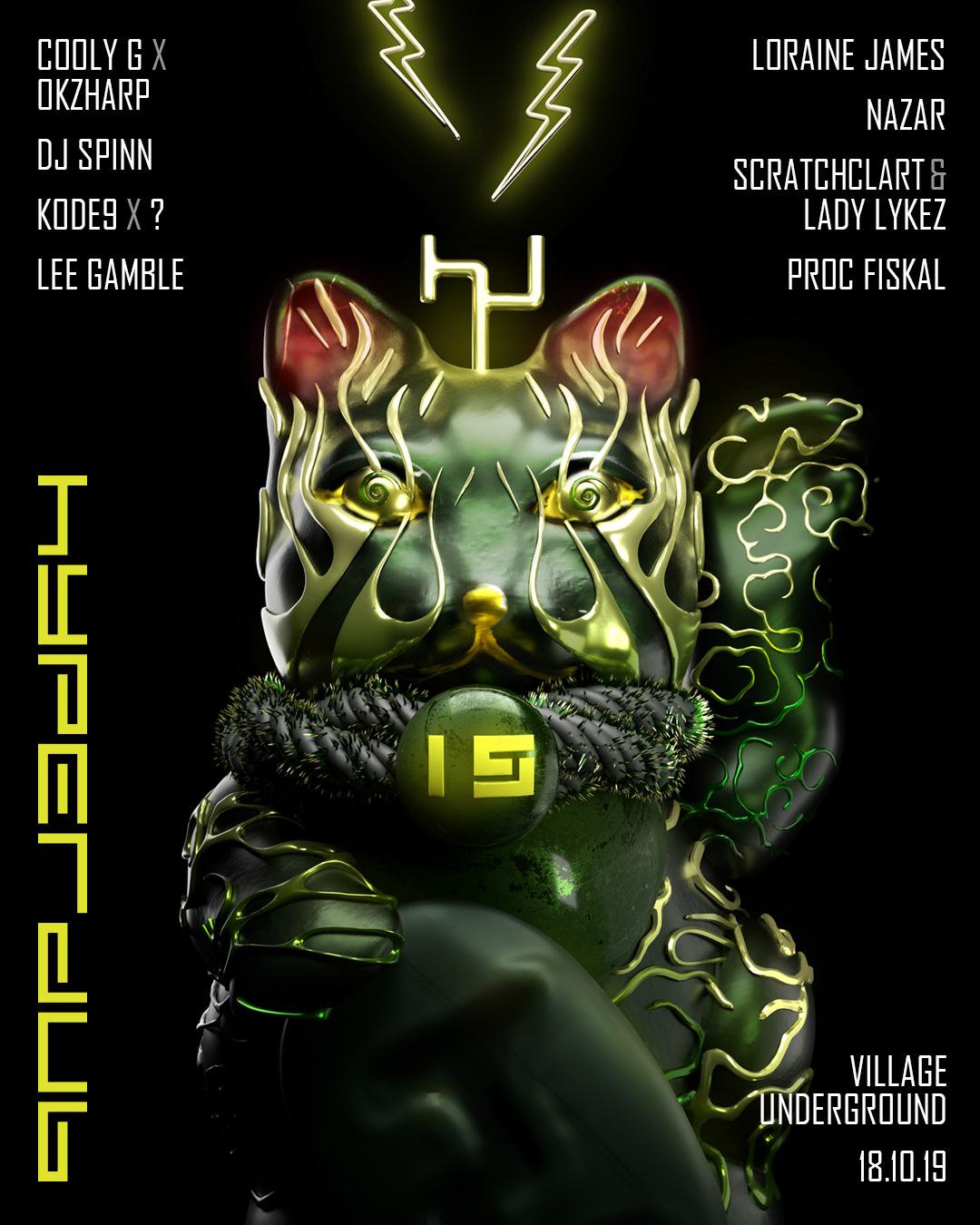