Kappa Futur has announced the first names playing at the 2020 edition of the festival.

Taking place against the industrial architecture of Parco Dora in the city of Torino, northern Italy, the festival will welcome over 40,000 people on the 4th & 5th July this year.

Check out the full phase one line-up below and get tickets here.

Carl Cox will embark on his 12-date, U.S. tour in February. 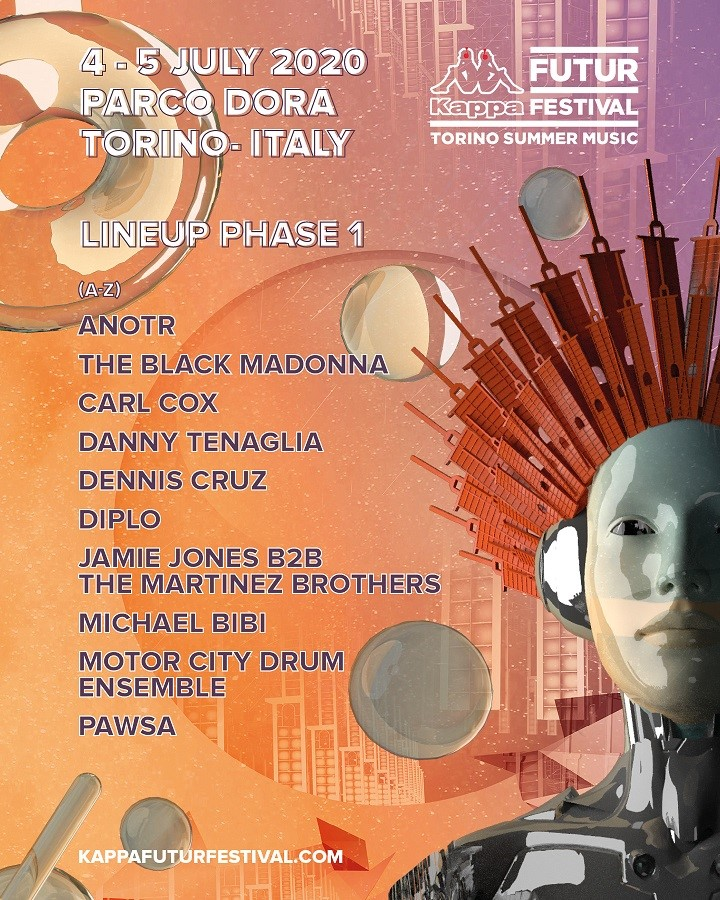