#LetUsDance petition to be heard in parliament today | DJMagAdmin.com Skip to main content

#LetUsDance petition to be heard in parliament today

The UK's #LetUsDance petition is being heard in parliament today after the online campaign garnered more than 145,000 signatures.

The initiative is designed to raise awareness about the need to provide more protection to Britain's nightlife industries as the coronavirus pandemic continues, and promote the importance of electronic music within the country's cultural landscape.

A virtual protest has also been launched on social media, with participants encouraged to use #DearBoris to ensure the industry is being heard by as many people as possible.

The #LetUsDance petition was launched by the Night Time Industries Association (NTIA) back in July, and has garnered support from across the music and cultural sectors, and found favour with the public, who have now sent more than 5,000 letters to MPs to raise awareness. Money from the Arts Council Culture Recovery Fund was opened to the dance music sector as a result of the pressure, but despite the recent announcement of an extension to the furlough scheme through to spring it's feared that far more is needed to help an industry worth 6% of the UK economy. 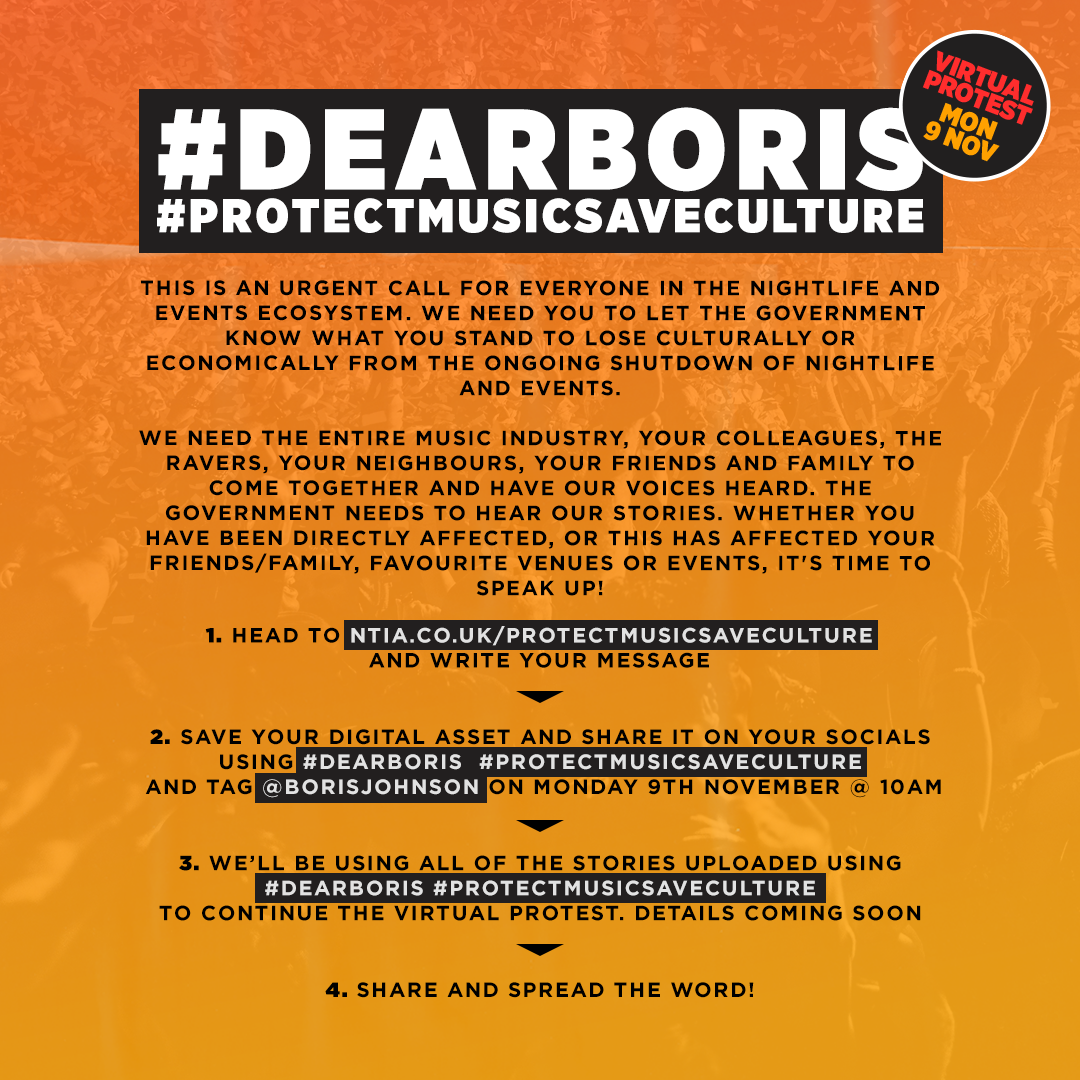 “Our sector has been marginalised and continues to fight for survival. Recent announcements have given some light, but we have lost so many businesses, employees and self employed already, we are still in a very vulnerable state," said Michael Kill, CEO NTIA. “Electronic Music is a huge part of the Night Time Economy and events sector and is a vital part of the UK’s cultural tapestry, but needs to be recognised and valued alongside Classic Arts and Live Music. We are renowned globally for our electronic music scene.”

“Our sector supports such a huge ecosystem of creative and talented people who are risk of losing their livelihoods and their jobs, with the future hanging in the balance as venues are unable to re-open," he continued. “And not forgetting the human element with growing pressures within the sector which are starting to impact on the general wellbeing of individuals and their ability to cope, which is why it is so important to have an exit strategy and roadmap to re-opening.”

For more on this, dive into DJ Mag's long read on how the UK government's response to COVID-19 could kill live music as we know it, British viewers can tune in to today's discussion via BBC Parliament on TV or iPlayer, and to find out how you can get involved in #LetUsDance head for the NTIA's official website.