Apple has updated Logic Pro X to version 10.5, and with it added a revamped sampler, finally updating their legacy EXS24 plugin. 10.5 also sees a new feature called Live Loops that was previously ‘leaked’ on Apple’s website a few months ago. Similar to Ableton’s clip mode, it allows users to host looping audio files within the arrangement. Remix FX then lets you add ‘electronic’ effects to the loops and master channel such as bitcrusher, filter, gate and more.

A new plugin Sampler is an update to the long-running EXS24 sampler, offering a redefined interface, backwards compatibility, modulation matrix, multi-sampling functions and a Quick Sampler function that can turn any sound, recording, or audio file into a multi-sampled sampler instrument in a few clicks. 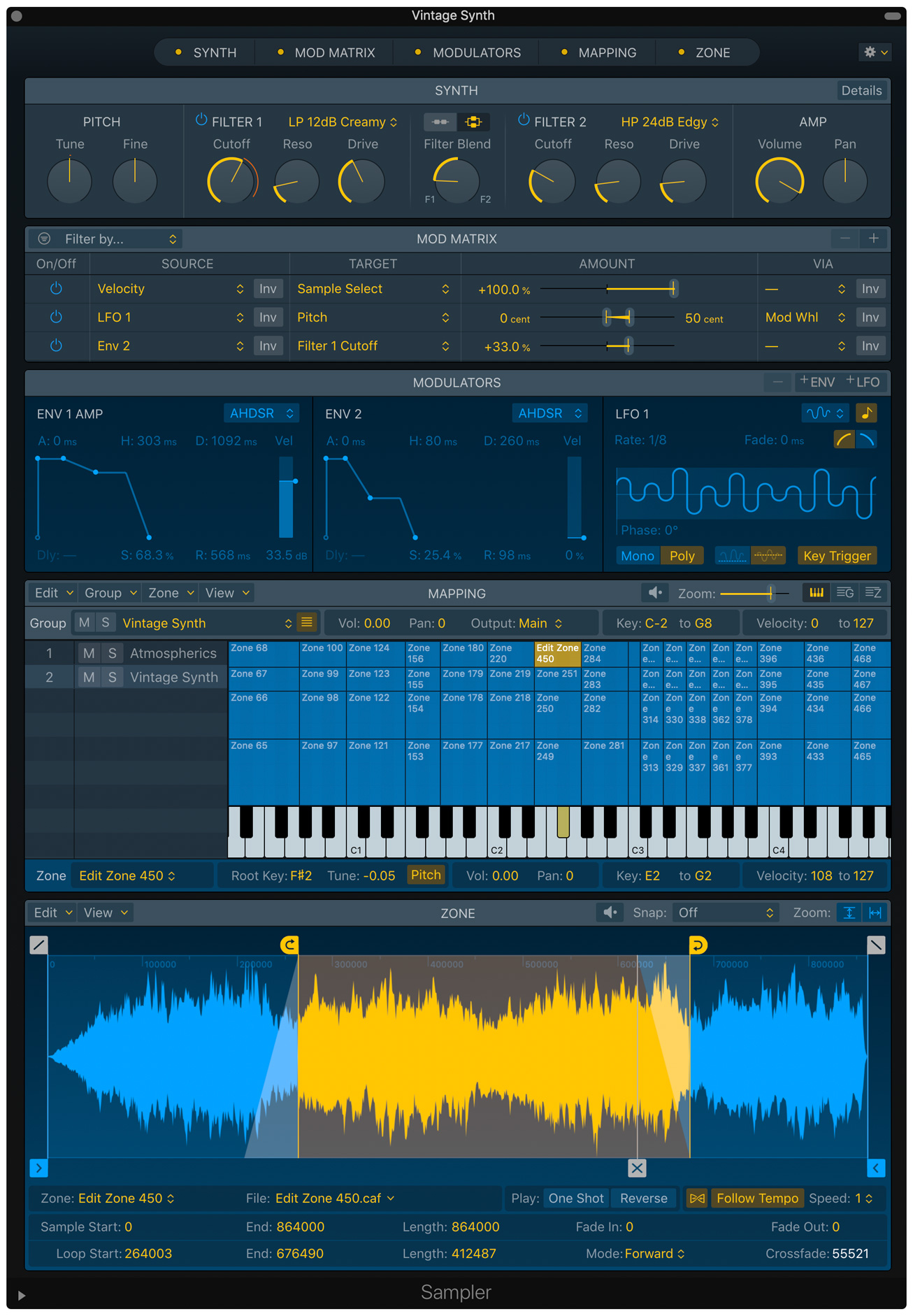 A new Step Sequencer function allows you to input drum sounds and notes across a dedicated grid rather than piano roll, with sequencer functions like gate, skip, randomisation and playback direction all available. Drum Synth is a dedicated drum synthesizer for all types of sounds while Drum Machine Designer is similar to Ableton’s Drum Racks or NI’s Battery, allowing you to combine sounds from Sampler, Drum Synth and more into one kit.

The update is free and is available now to all Logic users. Download it here. Apple recently extended Logic's free trial to 90 days.