Londoner Metrik emerged onto the drum & bass scene after the overnight success of his dynamic, 2008 liquid anthem ‘Your World’. After signing to Hospital Records in 2012, his ground-breaking debut album ‘Universal Language’ propelled Metrik into becoming one of the most in-demand artists in the d&b world.

Like the title itself, ‘Universal Language’ was an album that everyone could unravel and recognise, drum & bass fan or not. His mesmerising tracks ‘Freefall VIP’ featuring Reija Lee and ‘Want My Love’ featuring Elisabeth Troy became smash hits. The cinematic and soulful production on the album undoubtedly put Metrik onto the map.

Two years after his last LP, Metrik is back with an uplifting selection of animated anthems. His new album ‘LIFE/THRILLS’ is a masterful showcase of the diverse sounds that inspired him during his tours around the world — from pop music in Japan, otherwise known as J-pop, to his all-time favourite genre, synthwave.

Even more than his last album, ‘LIFE/THRILLS’ establishes his love of sci-fi and a diverse blend of musical sub-genres. We spoke to Metrik about how he took his eclectic production values to an even higher level this time... 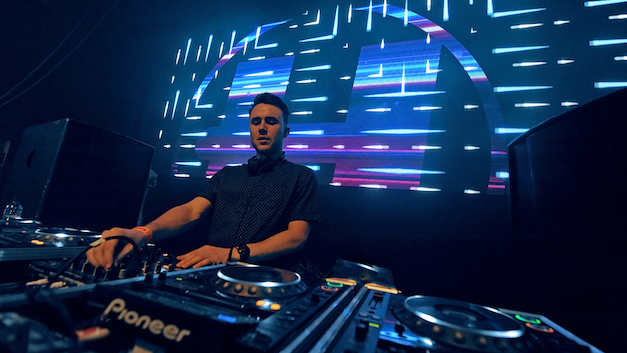 You celebrated your album launch with us at DJ Mag HQ by playing a live mix alongside Fred V & Grafix and Keeno. How did it feel to get on the decks to celebrate your album finally being released?

“It was really great! There was a real buzz on that day, obviously because we had just released the album. A lot of the Hospital Records team came down to celebrate, so it was a bit of an album launch party. Everybody was in the spirit of it so I really enjoyed it.”

You mentioned recently that producing the album required a lot of late nights and excessive coffee consumption — can you explain more about this? How much sweat and tears really went into it?

“I try and invest as much passion and energy as possible into every project I make because I want to make it as good as it can possibly be. It did involve long days in the studio, and like you say, lots of coffee and late nights. It’s one of those things where I’m making it sound like a hardship. I actually love every minute of it!”

‘LIFE/THRILLS’ is already up to No.4 on the Official UK Dance Albums Chart, you must be so happy! What do you feel the reaction has been like so far?

“It’s been amazing, I’m always one to set my expectations quite low. So I was really overwhelmed by the feedback actually. To see it get into the charts, that definitely felt amazing.”

What did you do to celebrate? 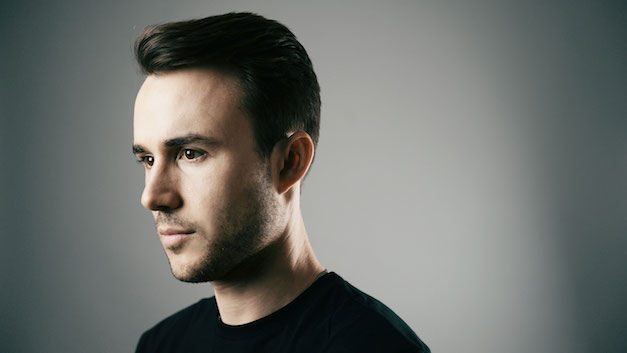 There’s a lot of creative influences from film soundtracks and different sub-genres on the album. Tell us about how you came to develop your sound and make your music more versatile?

“Drum & bass is one of the genres where it’s very versatile in itself. You can hear a lot of the different styles and flavours, so in that way it’s the perfect vehicle for me to try and weight out lots of different ideas — without spreading the net too wide, I still want there to be that signature Metrik sound.”

“This album represents the styles that have inspired me over the last year-and-a-half. One of the main threads running through the whole album is synthwave, and that’s a retro '80s sound which I absolutely love! I had the opportunity to work this band called Gunship who are legends in that scene, I always wanted to work with them. I’m a bit of a fan boy to be honest!

“I also had a lot of Japanese influences, which were sub-genres of pop that I heard when I went out to Tokyo. There’s also themes that you would usually associate with my sound, like sci-fi influenced stuff and also some straight up liquid mixed with that classic Hospital sound.”

Your last album 'Universal Language' was a massive success. It’s fair to say that it really boosted your career. With that in mind, we’re curious to know, which album do you hold closer to your heart?

“That’s an interesting one because they are kind of like my children! You don’t want to favour one over the other. Both of them are very close to my heart. 'Universal Language' was a collection of tracks where some of them were five years old. So that represented a long period in my time of making music.

“Whereas with ‘LIFE/THRILLS’, none of the tracks are any older than about a year, so they represent a much shorter space of time. I think in terms of which album was the easiest to write — I think ‘LIFE/THRILLS’ was. 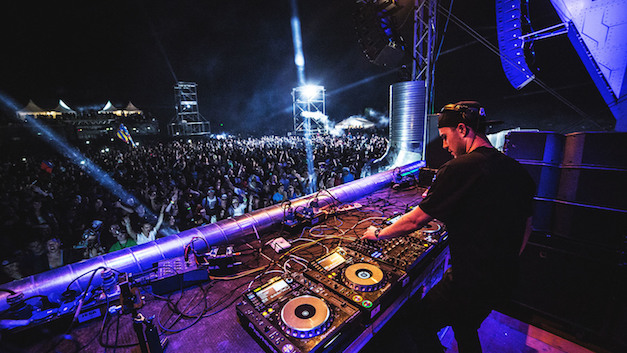 But if you really had to pick your favourite…

“If I had to pick one because a gun was to my head, I’d go with ‘LIFE/THRILLS’.”

You’ve been with Hospital Records for nearly five years now, what’s it been like to work with the Hospital crew?

“It’s been an awesome experience! Hospital was a label that I always aspired to work with at quite an early point in my career. There’s just a certain legacy and identity that Hospital has that is quite infectious for an inspiring producer.

“The Hospital team’s attitude really resonates with why I make music, which is just to be incredibly passionate and to have a lot of fun. It’s been a really amazing experience to work with Hospital, definitely!”

What’s next for Metrik?

“Well at the moment I am on tour doing ‘LIFE/THRILLS’ album shows and it’s taking me all across Europe, the United States, Canada and hopefully beyond that in 2017. I’m also just looking forward to geeking out and getting back in the studio again!”

Metrik's 'LIFE/THRILLS' LP is available now from the Hospital Records store, and you can check out clips below.