The 20-hour desert festival in Fragas, Spain, which returns are a five-year hiatius, will host over 50 names at the event's 2020 comeback.

Alongside previously announced artists such as Amelie Lens, Paul Kalkbrenner, and Richie Hawtin, Adam Beyer, DVS1, Solomun, and Tale of Us have now also been confirmed for performances across the festival's eight stages.

Wu-Tang Clan will also front the event, with drum and bass duo Chase & Status billed for a headline DJ set.

See the full line-up so far below for Monegros Desert Festival, which takes place on the 1st August 2020.

The overall idea is to offer one final "dazzling last dance" for the gathering after plans for the 2015 edition — which was renamed Groove Parade — were cancelled due to a legal disagreement over the site. Read our review of 2013's Monegros Desert Festival to get an idea of what's in store. 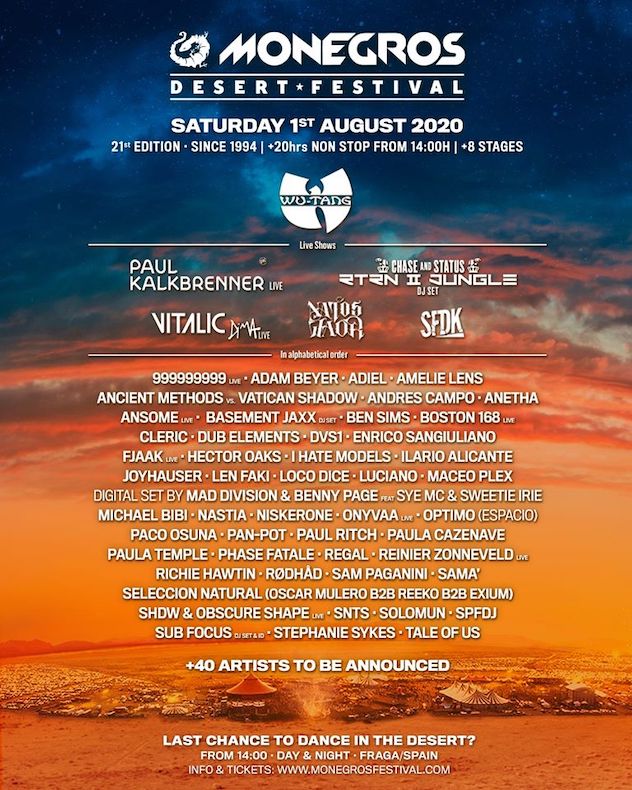