Underworld are headlining Boomtown this year

Underworld will headline Boomtown this year.

The festival, which has now been running for over a decade, sees over 60,000 festival-goers descend on South Downs National Park each year.

This year's edition of the event, which takes place from the 12th to the 16th of August, is titled Boomtown, Chapter 12: New Beginnings, and will see iconic UK electronic act Underworld headline the festival.

Elsewhere in the realms of house and techno, Boomtown will welcome Denis Sulta, who goes B2B with Mella Dee, Maceo Plex, Moodymann, The Black Madonna, and Helena Hauff.

There will also be appearences from Andy C and Shy FX, as well as takeovers from Glitterbox and Little Gay Brother.

See the acts confirmed for 2020 below, and purchase tickets for the festival here.

Denis Sulta and Mella Dee will also play b2b at this year's AVA festival, which takes place in Belfast. 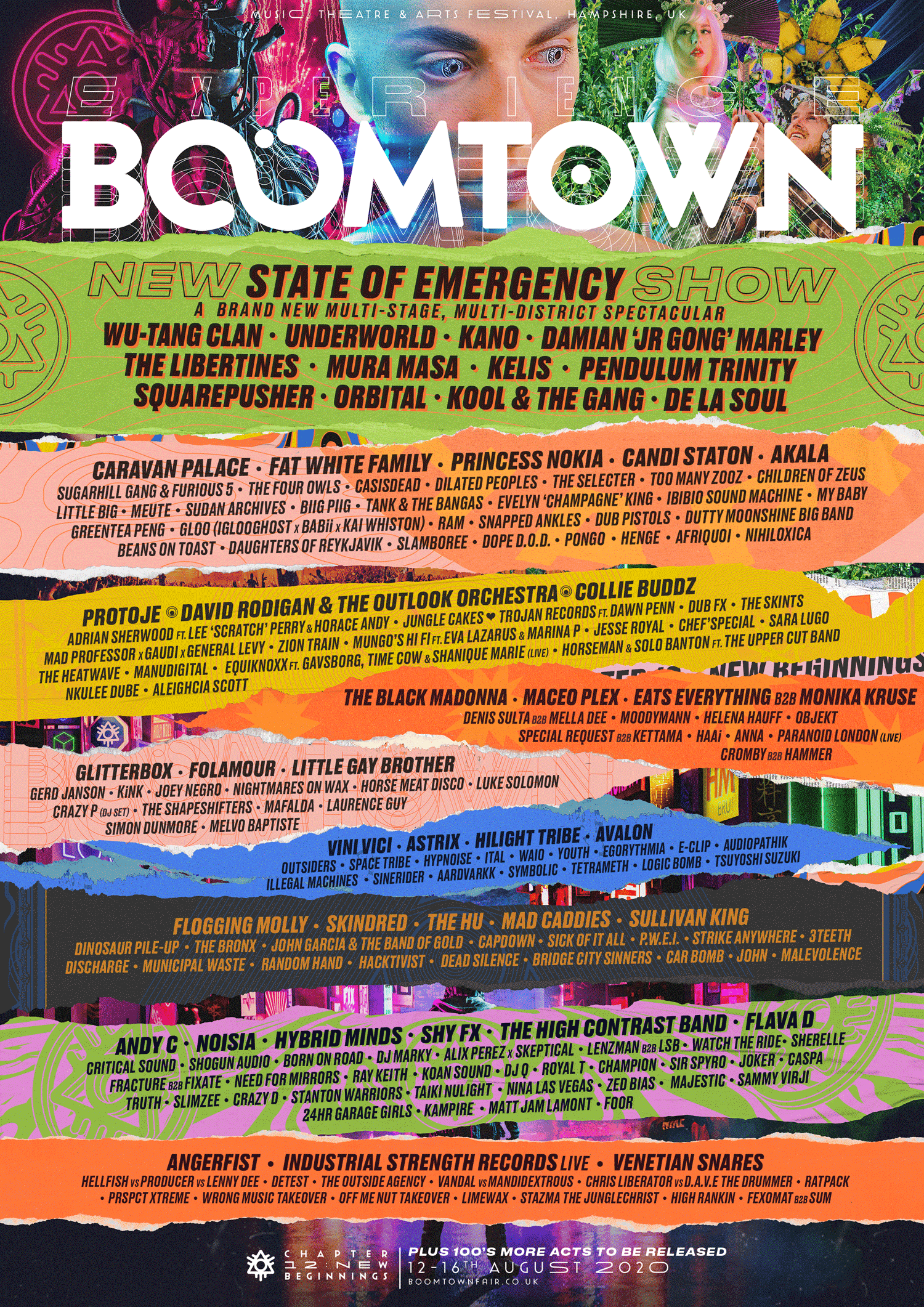