We lost ourselves to heady techno with Emika and DJ Red in Berlin | DJMagAdmin.com Skip to main content

As we ready ourselves for a night of techno at Berlin’s Tresor with international female collective female:pressure, halfway ‘round the world, known misogynist Donald Trump is busy swearing in as the 45th president of the United States.

At the same time, millions of women are sewing “pussy hats” and making protest signs in preparation for the weekend’s worldwide Women’s March against The Donald — the party’s timing couldn’t feel more apt.

“It was pure coincidence, but quite fortunate,” Kaltès, promoter of the night’s event, says a few days later. “Resistance needs to be something really global,” she continues, and that includes the dance music scene. “It was quite symbolic.”

Entering one of techno’s most storied institutions to see the likes of Italy's DJ Red and Berlin-based Brit, Emika, the symbolism and feelings of resistance only spur us on to party hard and take it all in for the next several hours. And the vast, cold, concrete structure of Tresor is the perfect playground for our evening. Even in its new home at the disused Kraftwerk Berlin powerplant, the club’s iconic 25-year history is present throughout the night.

As is the norm for Berlin clubbing in the winter, we keep our jumpers on after checking our coats, still feeling the outside chill while the +4Bar room slowly fills up. Long and narrow with two large speaker stacks pumping out crystal clear sound on either side of the booth, +4Bar seems to be an alternative room to the giant upstairs main area in Tresor, but a very welcome one, and we get settled in as French DJ, RAG, puts us in the mood.

Almost on cue, she works in a remix by some of our favourite producers as of late just as we approach the booth. Red Axes' remix of 'Indecis' by Khidja, an electro-laced monster full of the Israeli duo’s signature warped-guitar riffs, leads nicely into Richard Rossa’s 303-inspired thumper 'Acid Lovers Rock', setting the tone for things to come. 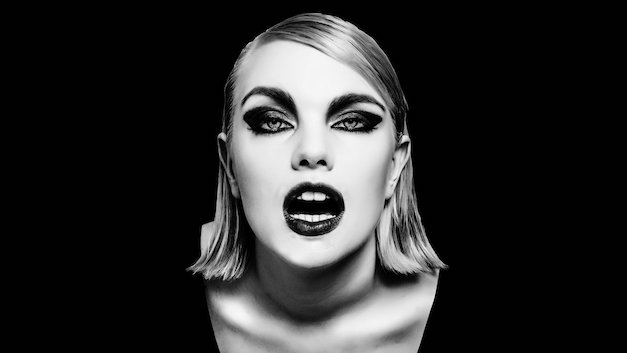 As Emika takes over, the mood immediately intensifies as she works in Rødhåd’s 'Vivarium'. The classically trained UK producer’s command over sound and mood is breathtaking, and her long hours spent working as a sound designer for Native Instruments are clearly coming into play, helping her carve out the dynamics of each track like few other artists we’ve seen.

Combined with her impeccable taste in bass-infused techno, the energy becomes overwhelming, sending the entire room into fits for the duration. After a solid few hours lost in music, she brings us to the climax with Trevino’s 'The Dismal Truth'. And fighting our urge to keep dancing, we peel ourselves away to go check out DJ Red in the famous Globus room.

The skilled Roman techno selector and longtime Goa club resident is holding court supremely when we arrive downstairs. Built to resemble the bank vault DJ booth of the original club, complete with prison-like bars separating artist from crowd, it’s pitch black, with strobes serving as our only guiding light.

And Red is effortlessly working her way through a barrage of techno amidst sporadic whoops and yelps, with growling, trance-tinged tracks like OWL’s 'Smell Of Steel' serving as a reminder of everything dazzling about clubbing in Berlin.

Not wanting to miss the end of Emika’s set, we race back upstairs in time to catch the last half hour, and the room is now heaving. Well, in the way that Berlin clubs heave, with a more subdued but no less enrapturing vibe than UK clubs. Finishing with her sublimely melodic 'Never', a round of applause bursts up from the floor.

Though for Emika, the decision to play tonight ultimately didn’t come down to gender or politics. “I didn't really think about it too much,” she tells DJ Mag in the halls of Tresor. “I really love the club, and I got to know quite a few of the ladies who set up female:pressure, like Electric Indigo.”

Regardless of Emika’s reasons, one thing remains clear as we stumble out into the frozen Berlin morning: female:pressure throws one hell of a party, putting female talent into the limelight in the process.