Wild Life 2017, hosted by Disclosure and LIGHT & LIFE, will be joined by Tiga, Kenny Larkin, and Eli Escobar in Brooklyn, New York on 31st December 2016. Tickets will go on sale next Tuesday, 6th December at 12PM EST here.

Topping off the success of this year’s EP release of ‘Moog For Love’ and their North American Tour, the UK duo have announced their final 2016 show to take place at a secret location in Brooklyn on NYE.

This is the third year that Disclosure has hosted the Wild Life party in New York with prior locations at Pier 94 and Forest Hills Stadium, and supporting acts including Dusky, Claude VonStroke, Justin Jay, and more.

This is not the first Wild Life party brothers Guy and Howard Lawrence have produced. The duo have taken the series around the globe over the last two years, booking a diverse range of acts including hip-hop duo Mobb Deep as well as international DJ talent. 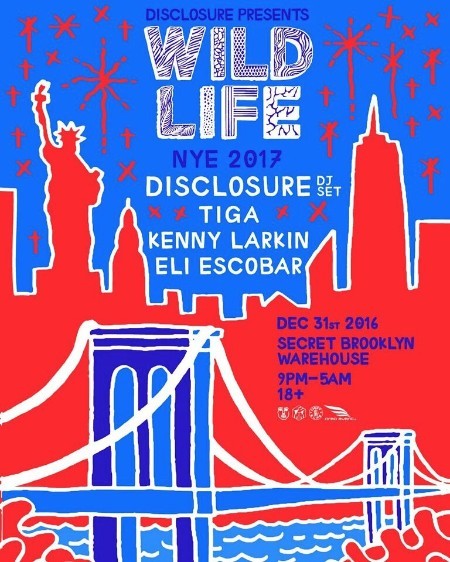 News
Disclosure to release new singles every day this week, hear ‘In My Arms’